So around this time of the year in Texas, the state flower known as the bluebonnet, blooms in fields everywhere. I’m talking sides of highways, sides of streets, some peoples yards, and then of course giant fields in parks. Before I had a baby, I would just notice them along the side of the road and think “oh yea, bluebonnet season has arrived…” and that would be the end of it. And then last year, I wanted to be that parent that wanted pictures of their kiddo immersed in these fields of flowers. Because really, is there anything cuter? For parents in Texas, not really. There’s this huge tradition of parents taking all their kiddos to any spot they can find to snap pictures! And I’ve officially fallen into that group.

Last year was a thousand times easier given Aria was about 5 months old and couldn’t walk yet. So we just sat her in a chair and all was good to go. You can find those pictures here.

This time around, was a bit more challenging given that I was by myself since Rudy was at work, and chasing a 17 month old around with a preggo belly is not ideal for trying to take posed pictures without some help! So in short, these are the pictures that I ended up with for 2015. And I really think that’s ok because it’s just the age she’s in! I do like that I’m using the same chair as last year since you can see how much she’s grown!! Next year, I’ll have two to photograph!! WHOA. *gasp* 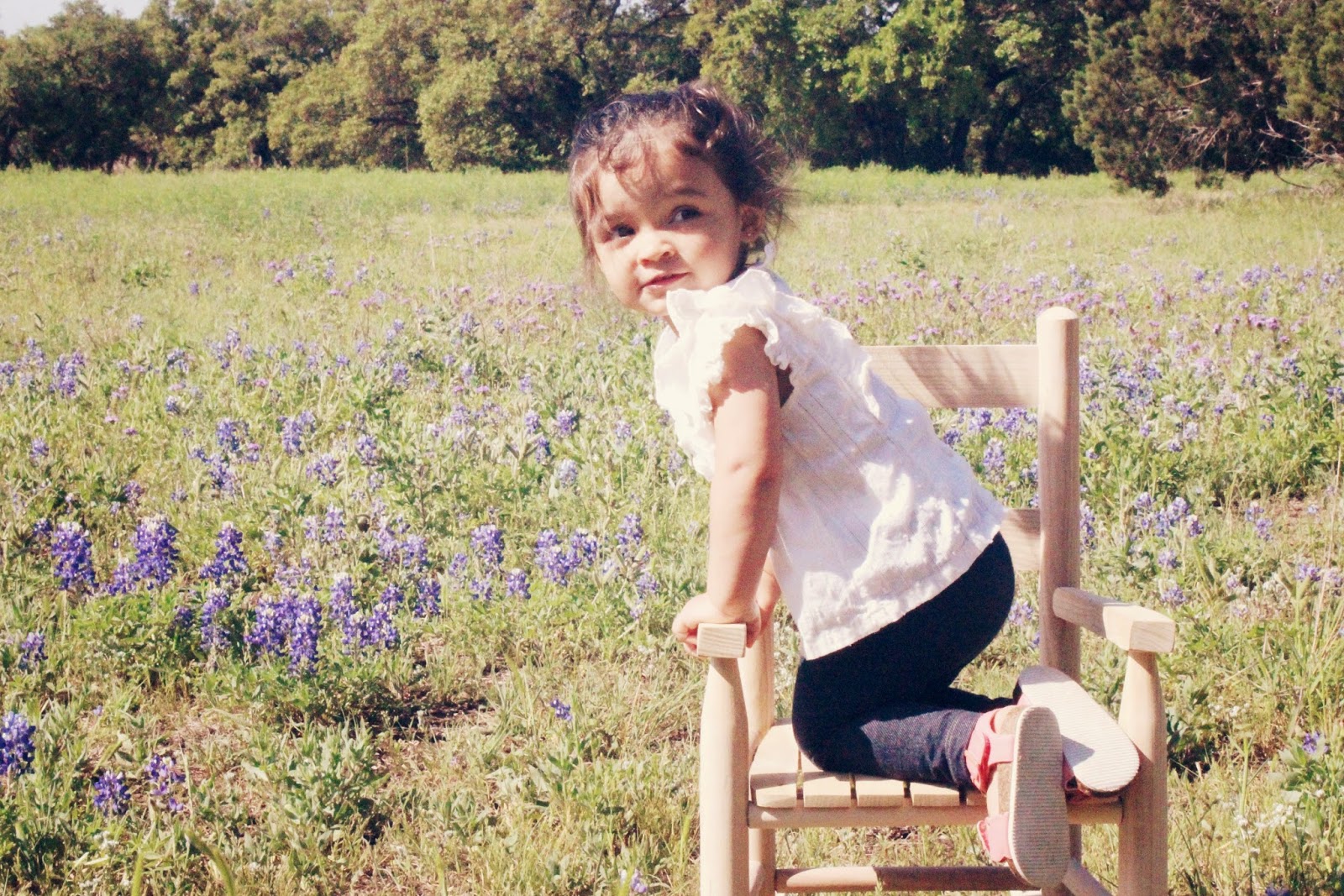 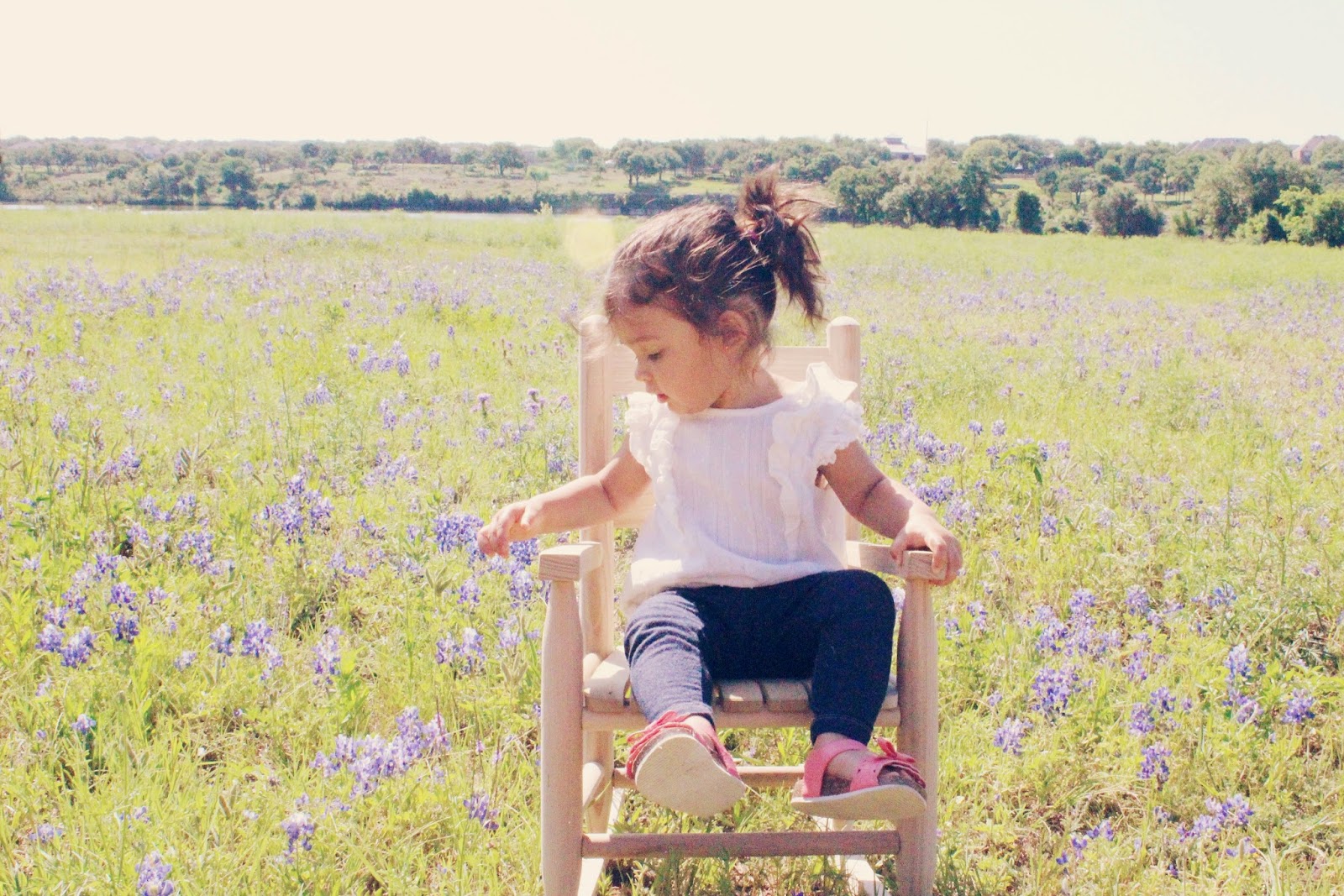 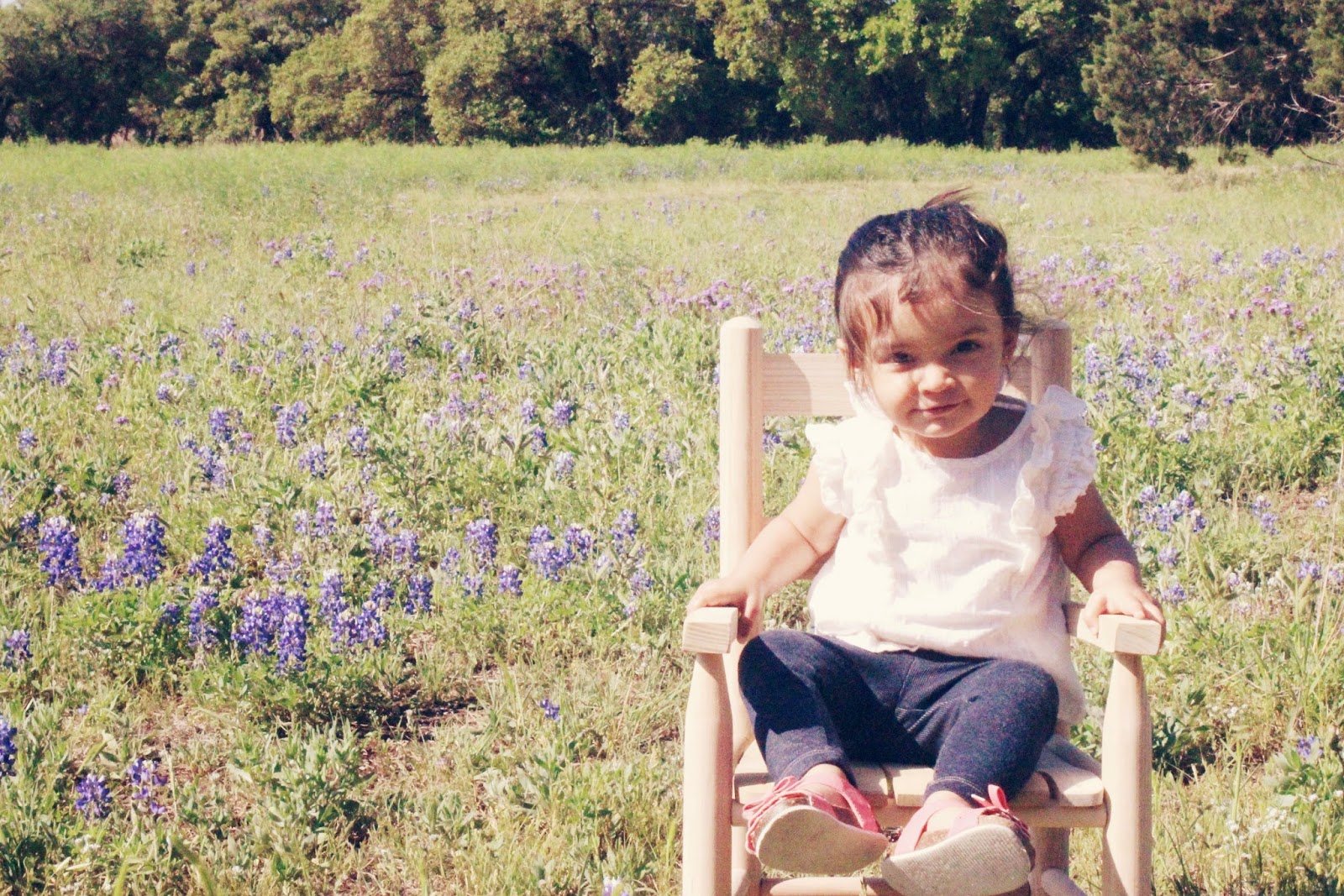 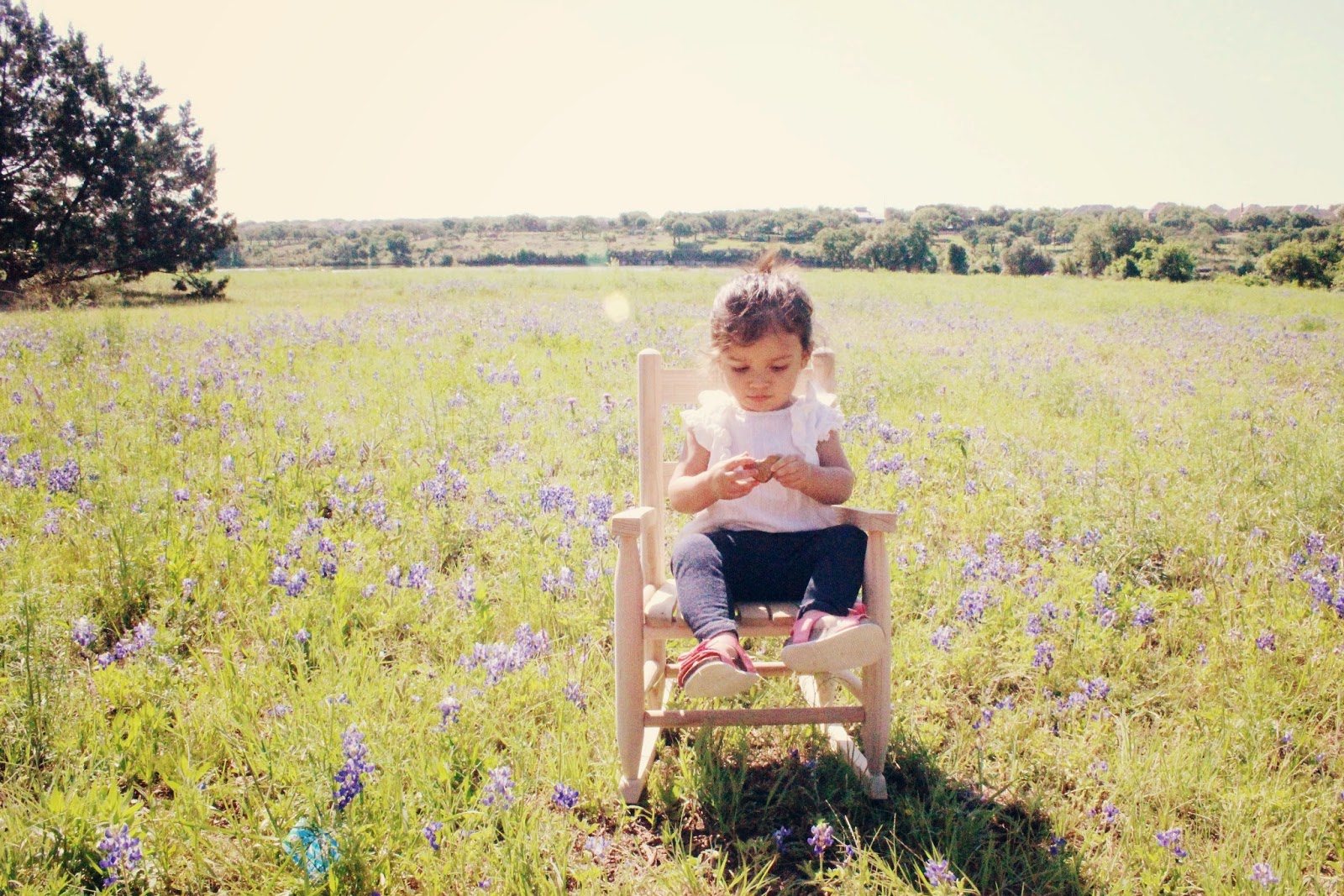