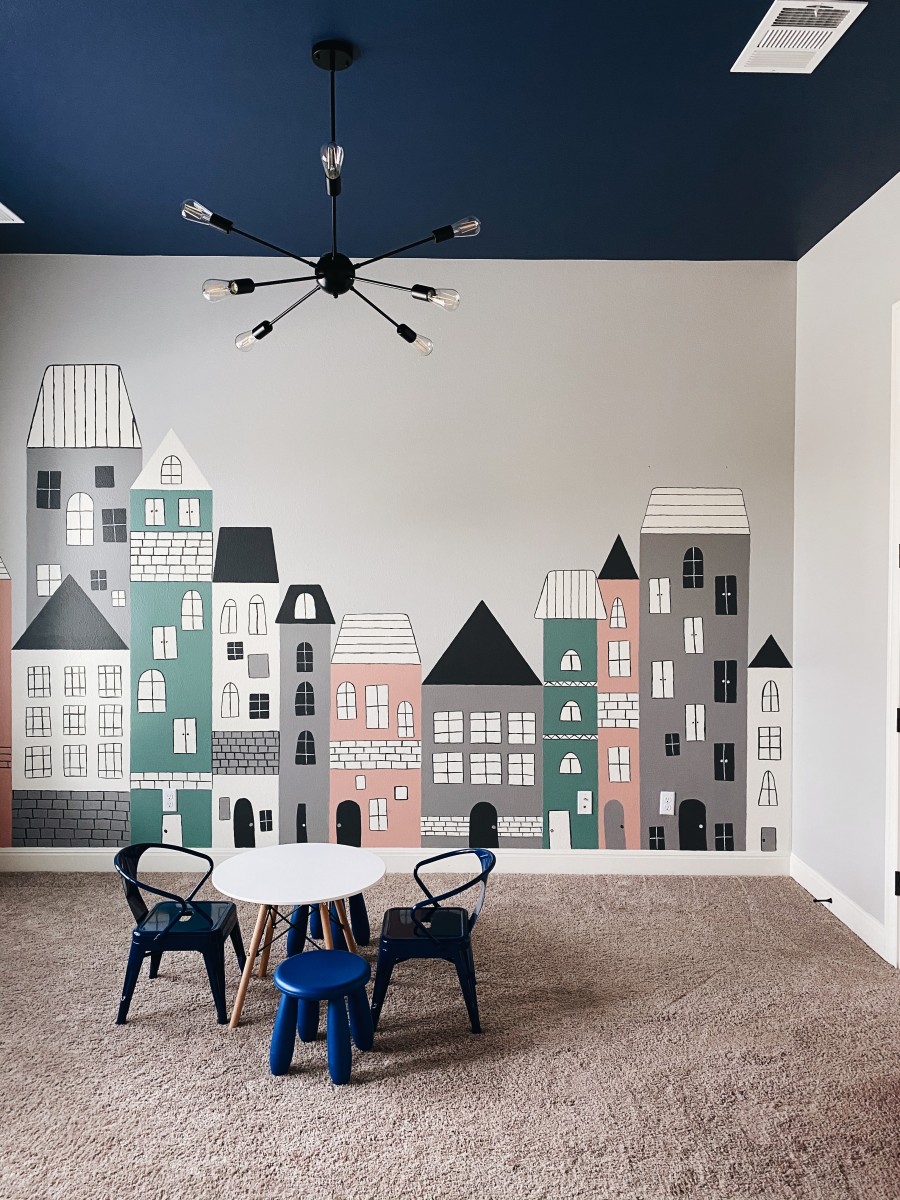 So, I’ve always been the person who wants to do crazy things to walls. I remember being 8 months pregnant with Aria, standing in her Parisian themed room and thinking that I needed to paint an Eiffel Tower on her wall. My husband came home to find me, his lunatic wife, standing on a ladder, finishing up a whole Eiffel Tower. HA.

And oddly enough, its nearly 7 years later and my daughter still loves it!

I had the same idea when I decided I was going to create a new play space for them. To be fair, I thought I was just going to buy a decal and stick it on, but when I realized that we were somewhere in the range of $800 and it wouldn’t even cover the whole wall, I scrapped that idea fast and knew it had to be me and a paintbrush. And so the drafts and research began, and this was the main idea initially! 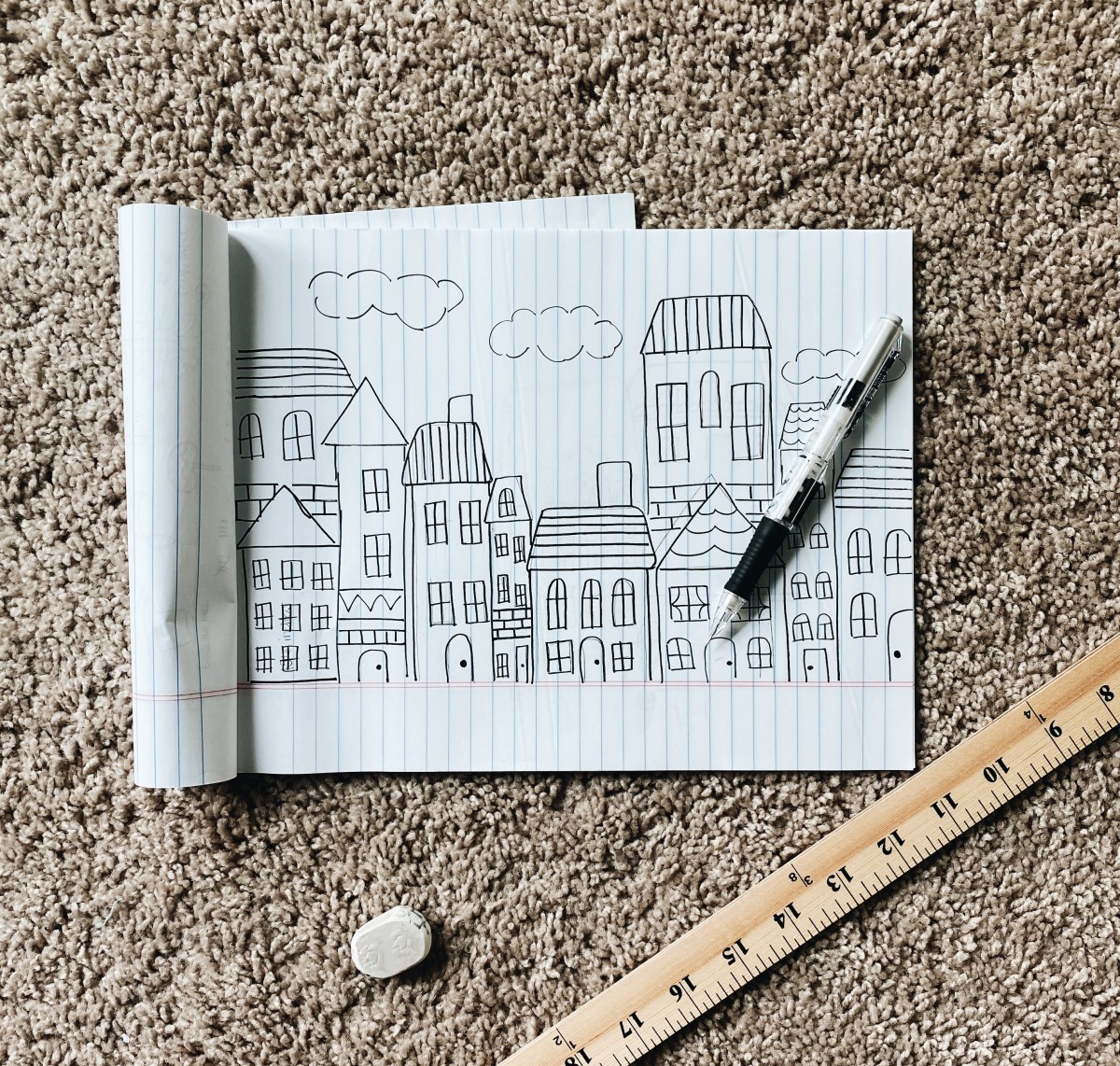 But to put it on the wall was going to be quite the feat. Luckily, my husband had painted the room and so I already had my canvas ready to go! With a leveling tool and a yardstick in hand I started drawing the initial sketches. This part took some time just because my initial draft wasn’t to scale (I tried and it was nearly impossible!), I had to figure out how I was going it was going to look as I drew it.

I already had my color swatches picked out, and so of course the next step was to start painting the blocks and roofs! I went ahead and marked with pencil the colors so I was trying to figure out the spacing of colors so I wouldn’t put two colors right next to each other accidentally! Here are the colors I was working with: 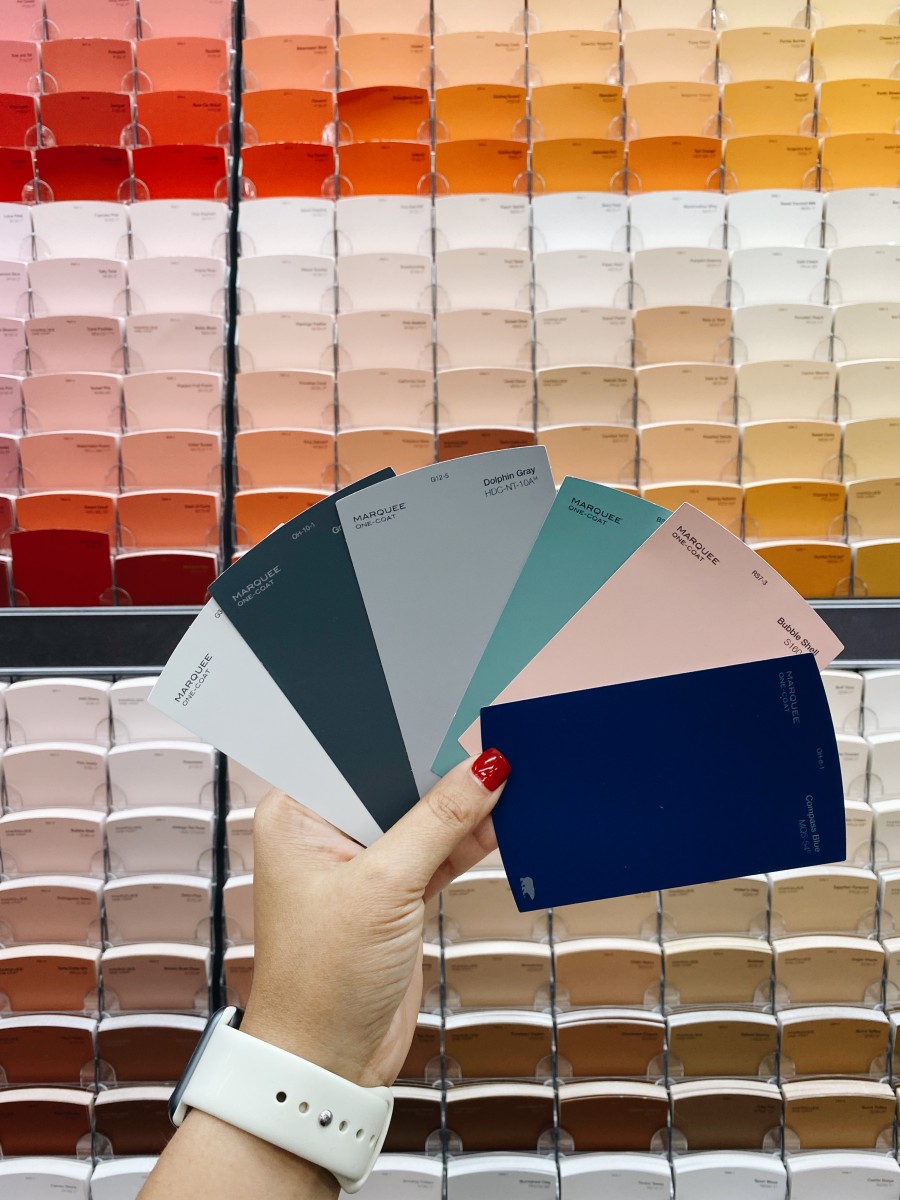 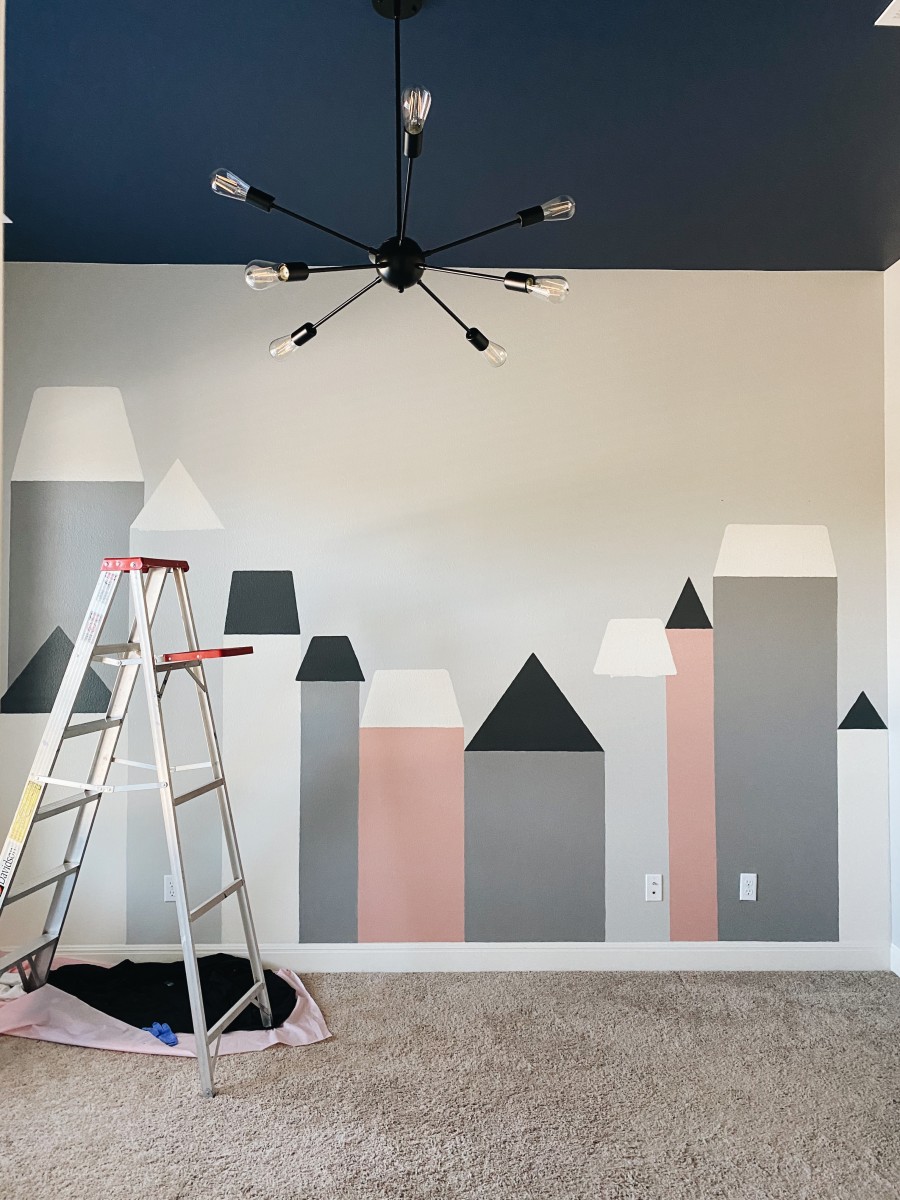 After having those finished, I added the doors and the windows and that’s when it really started coming together. I worked on it for a total of probably 20-25 hours, but over a few weeks since doing it consecutively isn’t really an option for this busy mama! Especially since I had started during the holidays.

Here’s the CRAZY thing I want to add! I had moved all my kids’ toys into storage since their old playroom became my new office, and for those few weeks that their toys were missing, they were totally fine! I was worried that having those put away would be challenging, but it totally wasn’t! And so when I put their things back in the finished playroom, I got rid of SO MUCH STUFF! They don’t even know that it’s been donated or notice what is missing y’all. Our kids have giant imaginations, and they were totally fine without that many toys! So I kept the essentials that I knew that they definitely play with like the kitchen I’ve had for them since they were like 2, the cars my son is obsessed with, and few other things I know they love and adore. 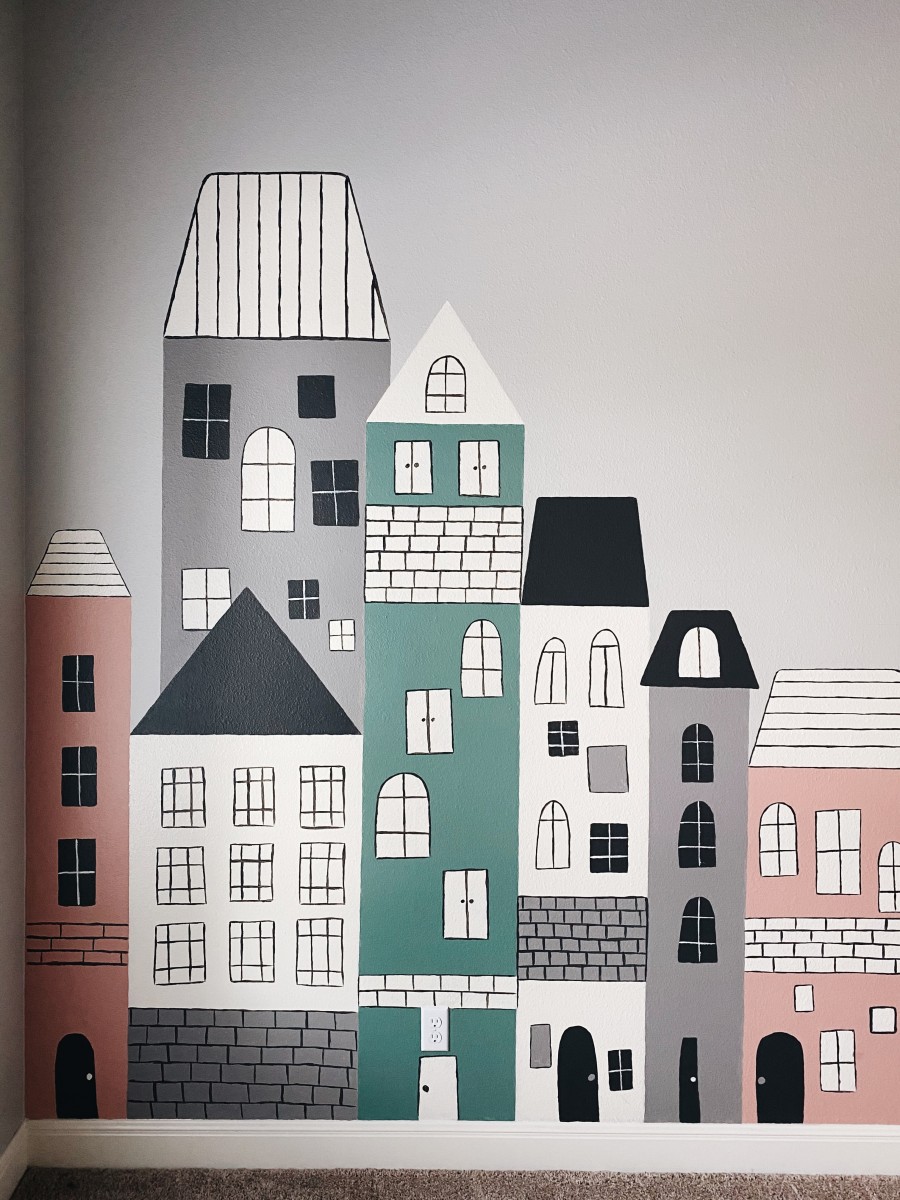 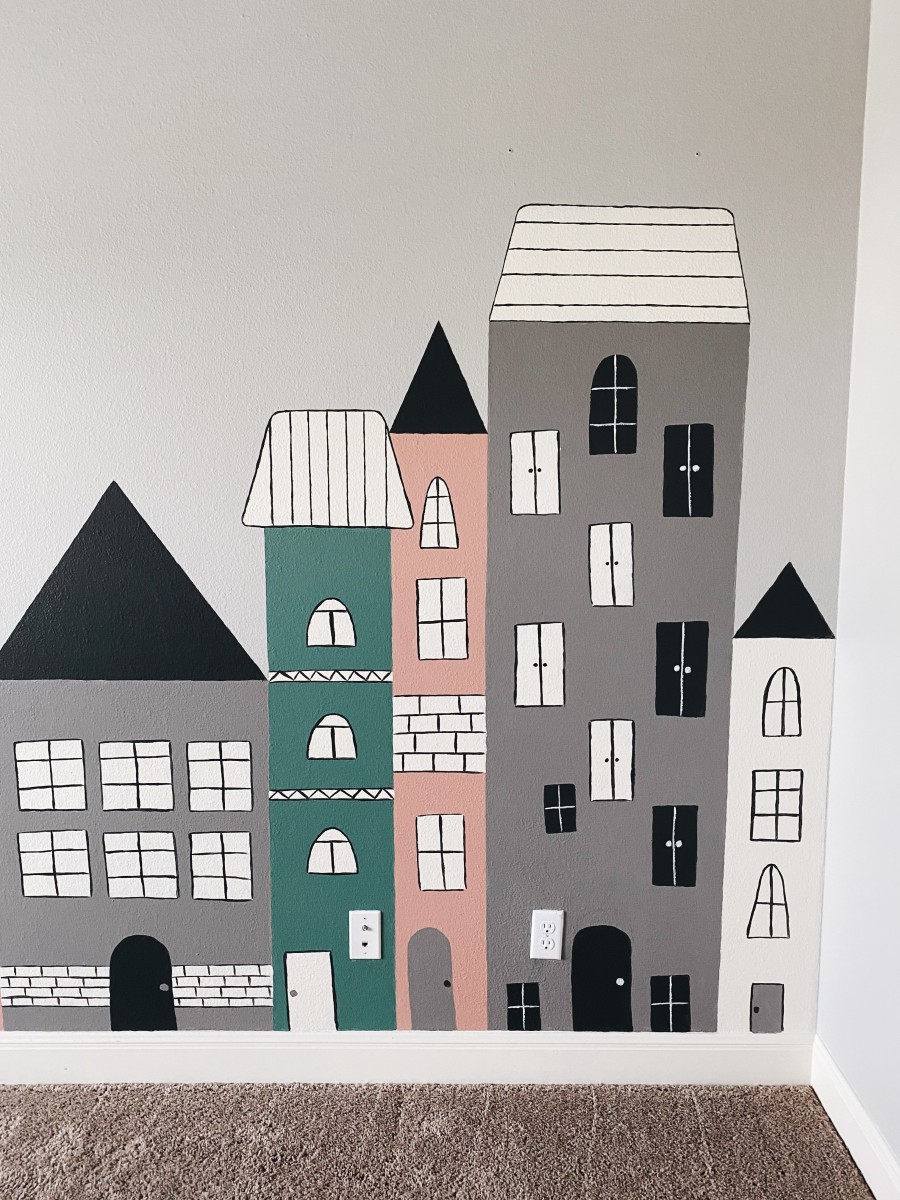 All in all, the space came out fantastic especially since I switched out the light fixture as well and it made all the difference! I got them a new table, but kept the old chairs from their old playroom!

Luckily this room has a closet, so I ended up moving their craft cart into there so it was accessible but no longer in our kitchen! WOOHOO!

The kids love their new space along with the new wall, and I honestly love that I made the switch since it forced me to purge so much, and now clean up only takes 10 minutes! Lord only knows what room I’ll attack next with a paintbrush in hand.