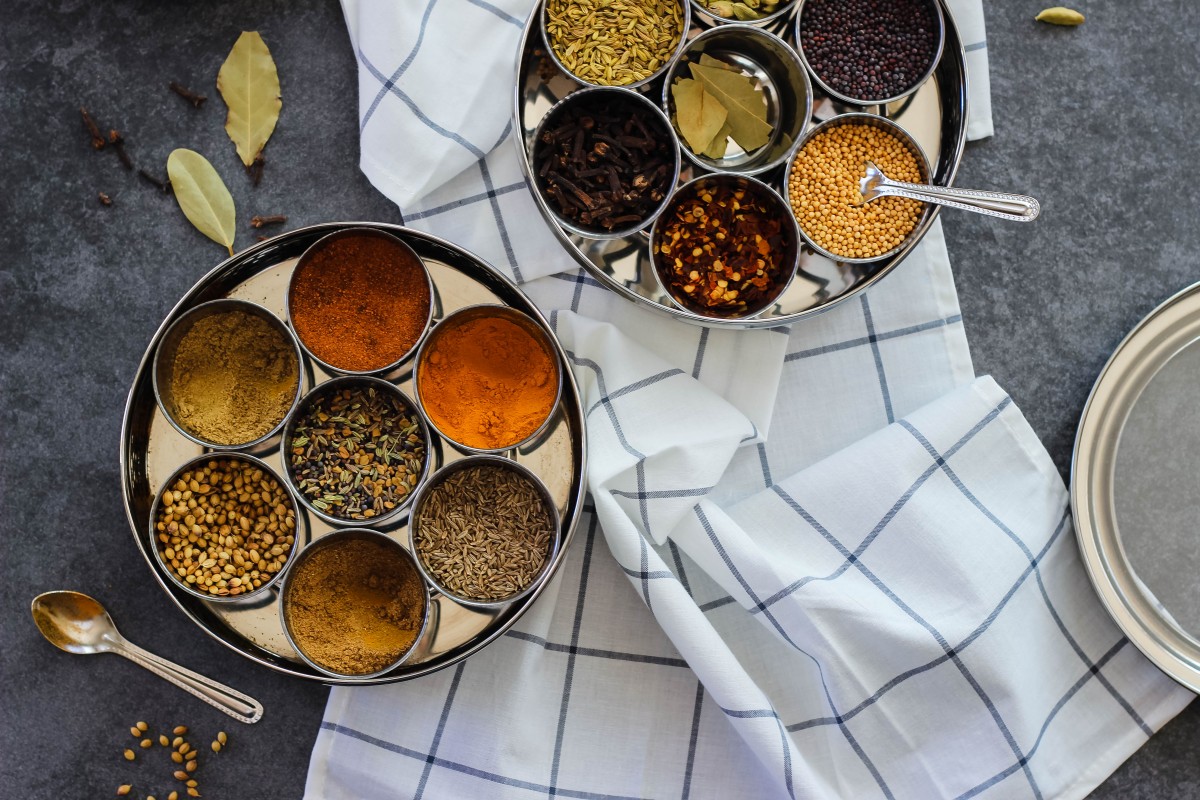 Masala Dabba. Masala. It’s a word in hindi that means spices. Dabba. A word in hindi that means container. So, a masala dabba is nothing more than a spice container! Growing up in India and my mom having one, this was one of those things I know I needed in my life! I get asked a lot about what’s in my masala dabba, so I thought I’d give you the 411! 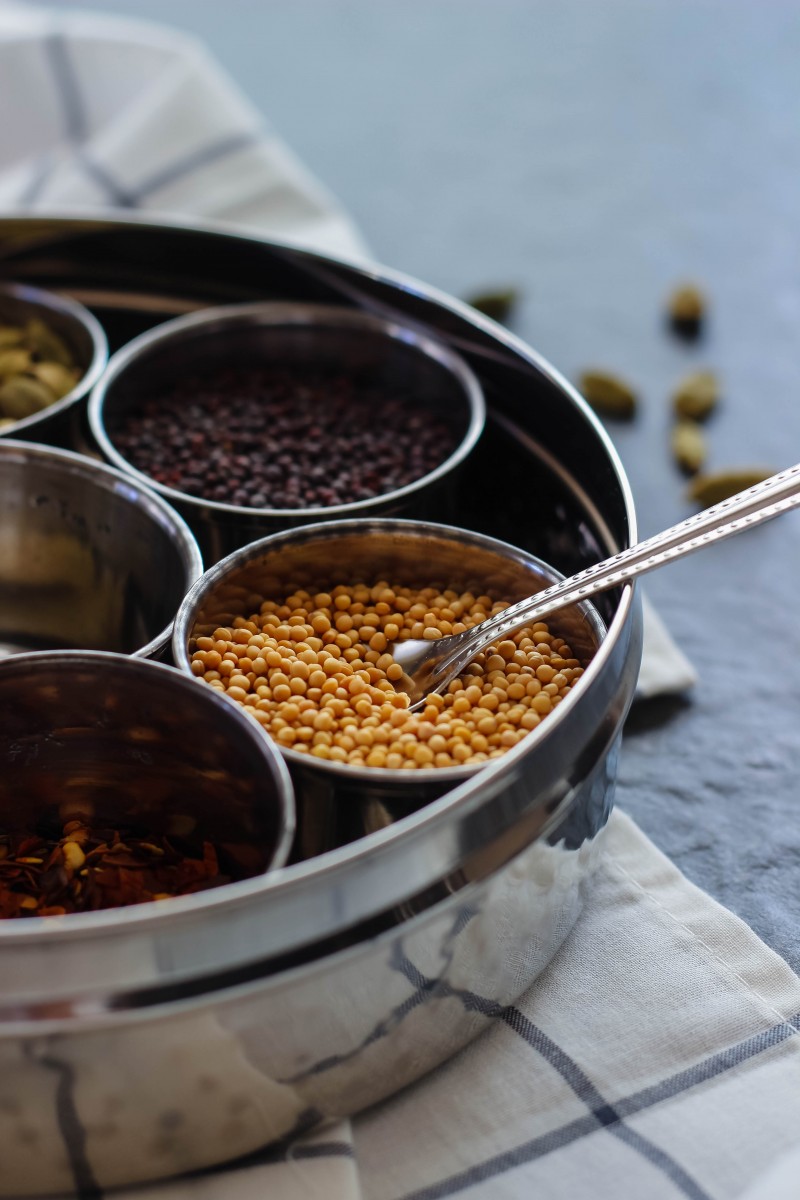 Most people just have one, but I happen to have two just because I have a primary one, and a secondary one. The primary one is the one that gets used the most. It’s got all my spices the minute I decide to make most Indian dishes, and whole lot of other dishes. The secondary one comes into play as well, but just not as much as the first one.

Another thing to note is that depending on the region you might be from in India, people could have different spices. India has different types of cuisine all over, and the types of curries and things vary from the east, west, north, and south. Because I’m Bengali, a lot of these spices are a vital piece to making Bengali dishes. So let’s take a peek as to what’s inside mine!

So let’s talk about the primary one first! It holds the seven spices I pull out for most everything! 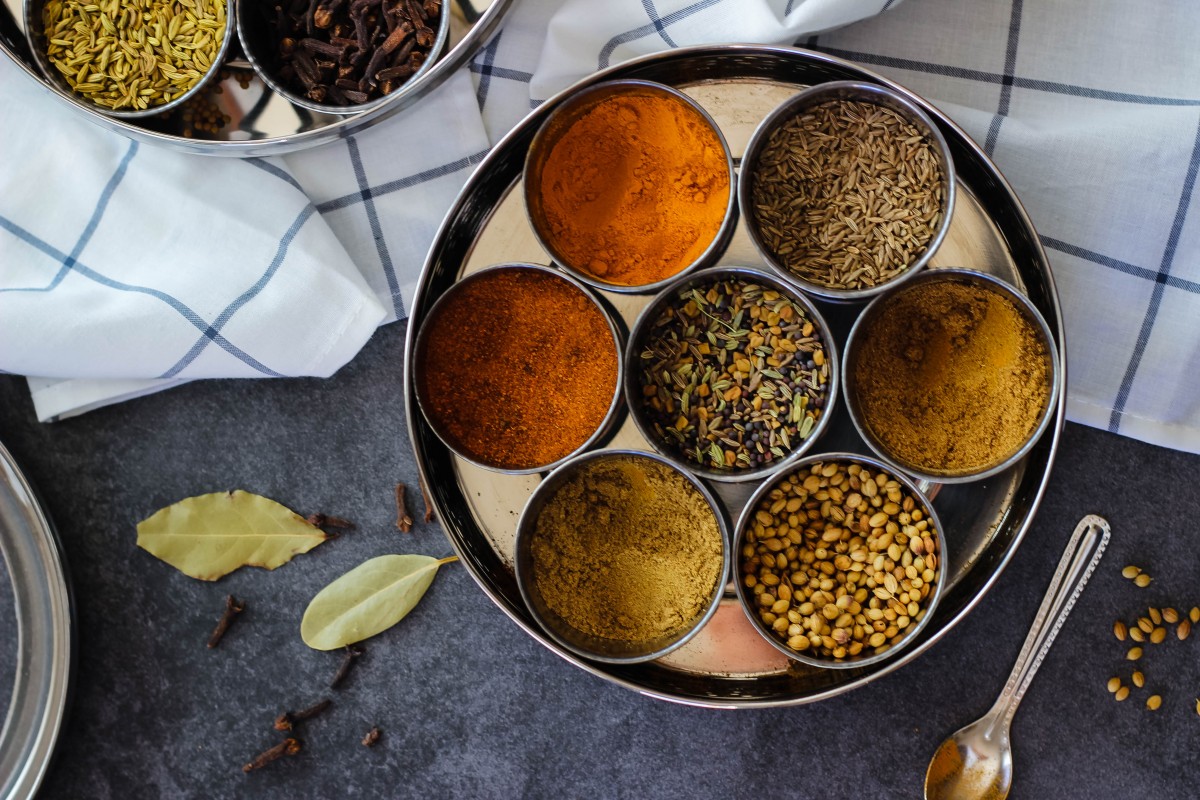 The secondary one has spices that tends to be for special dishes, but since I’ve gotten more into Indian cooking lately, I’ve been using both so much! 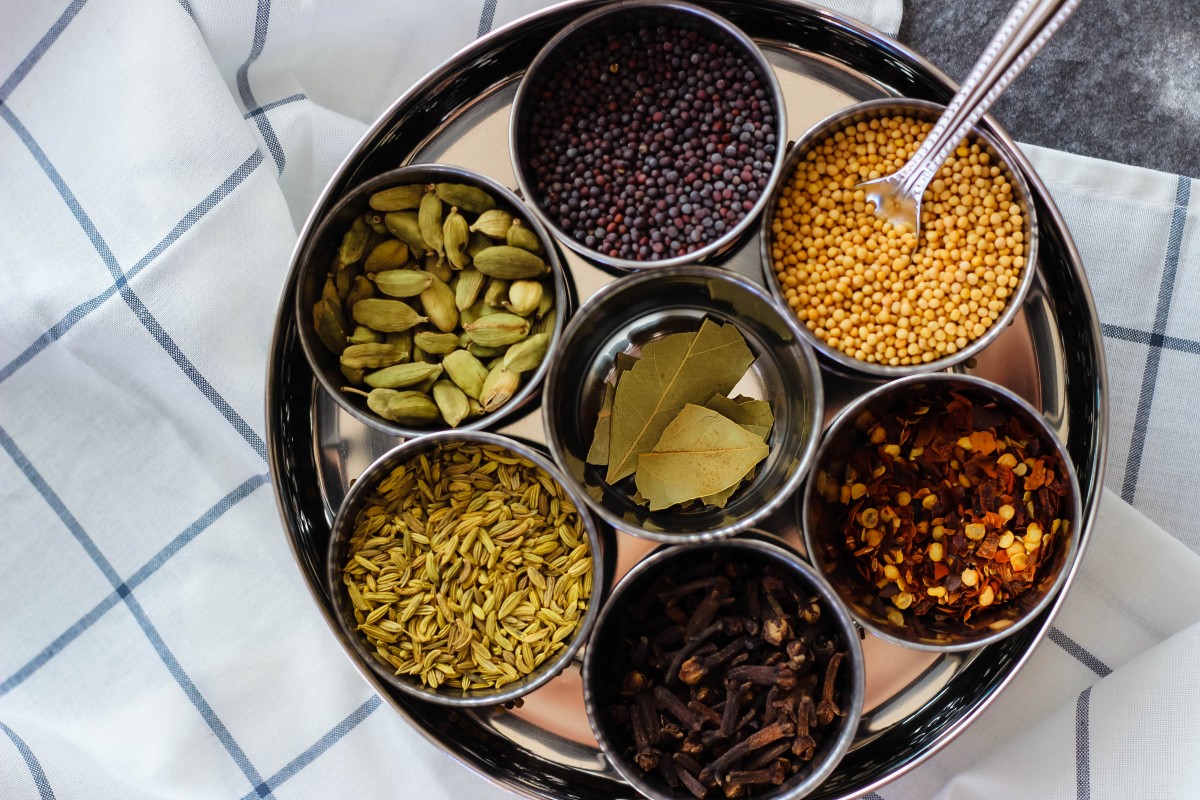 There are even more spices that I use, but they are in spice jars in a drawer because they don’t get used nearly as much as these! I know it seems like 14 spices is a lot to keep out and handy, but that’s just the way Indian food rolls. It’s so incredibly flavorful because of the spices we use. 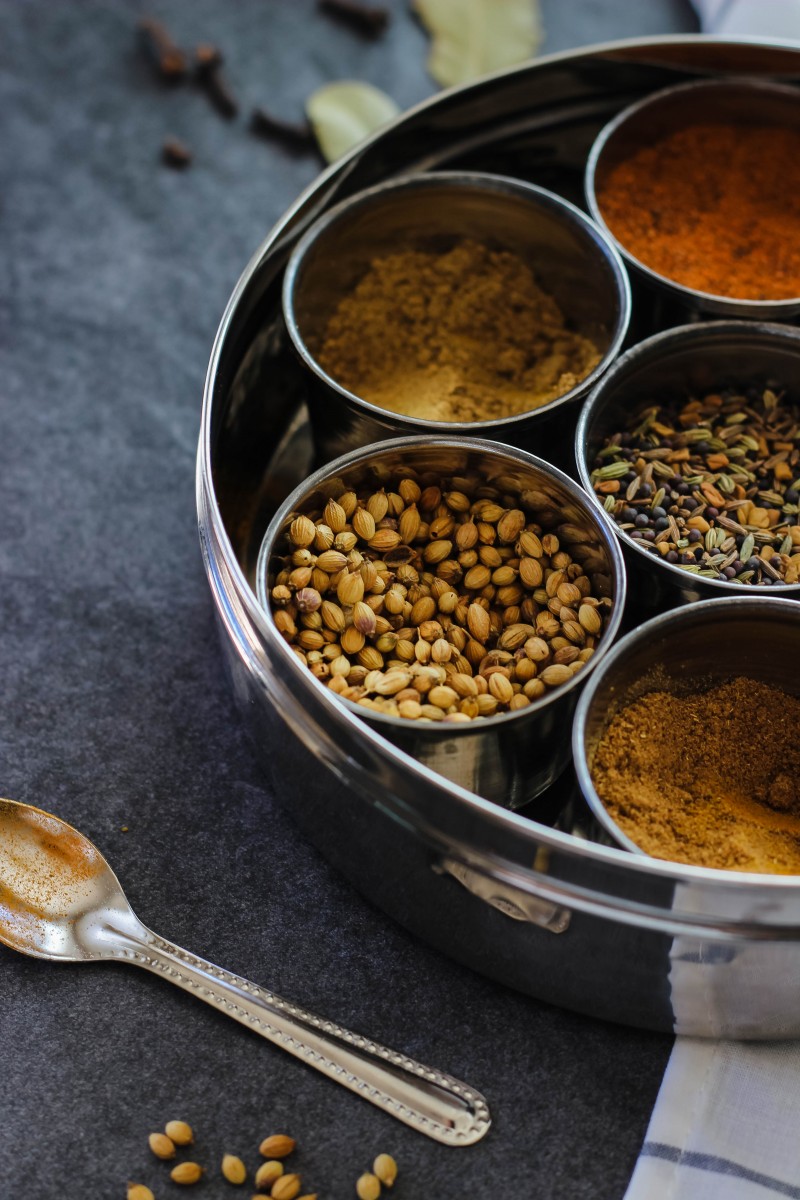 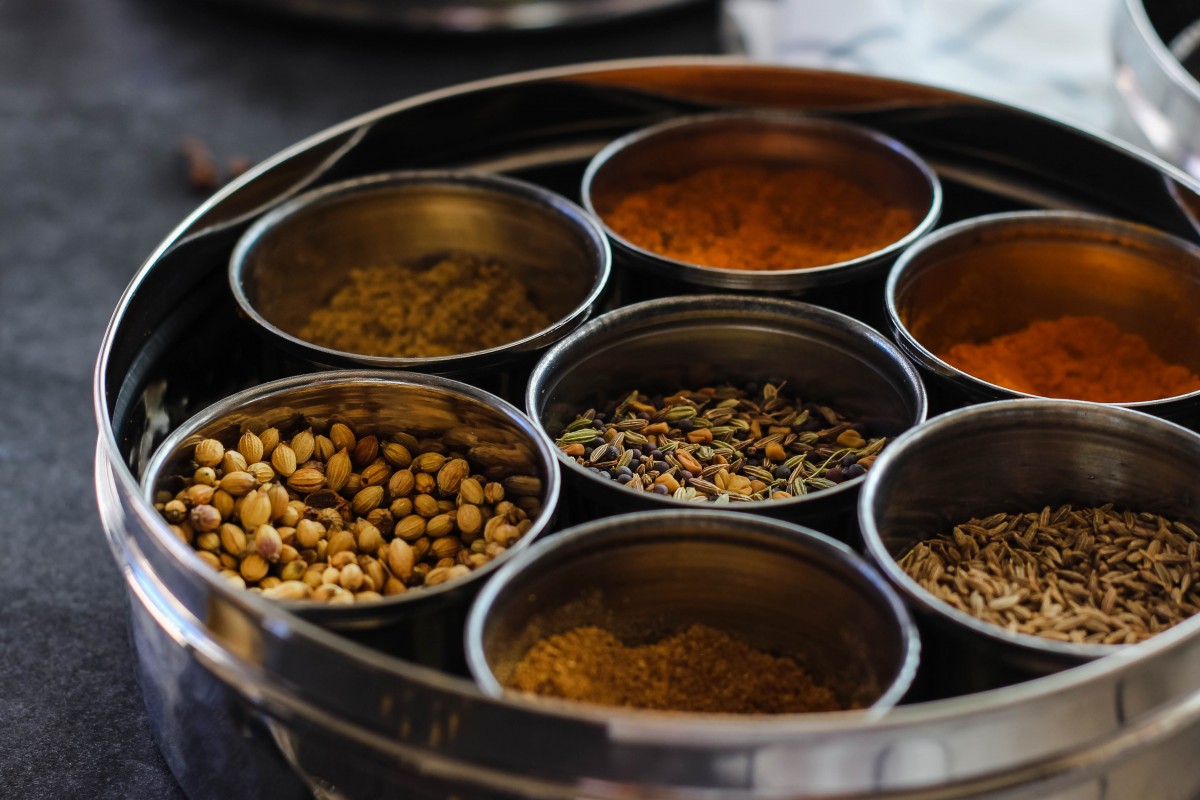 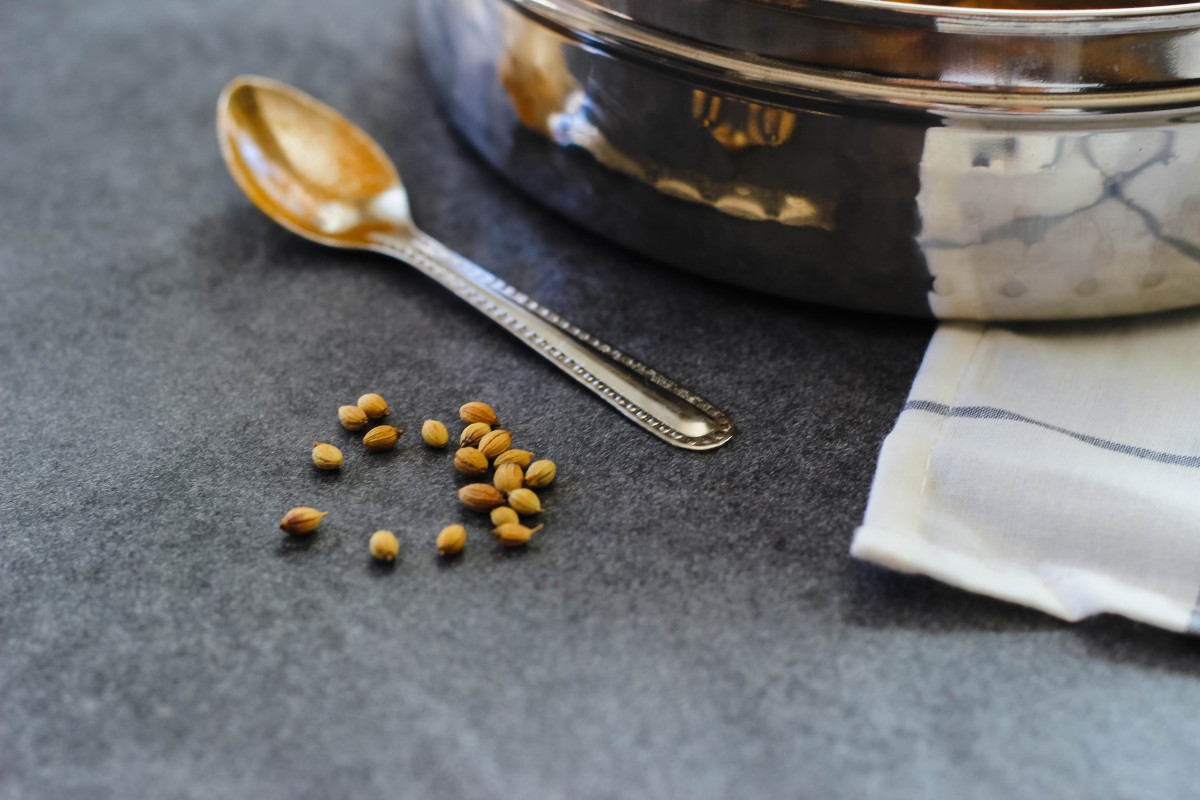 I hope this is helpful and a little peek into what kinds of spices I use to cook a lot of my dishes! One day I’ll have to share all the ones I own in my spice cabinet, because these don’t even make a dent in everything else I use!

Do you own a masala dabba?! What’s in yours?