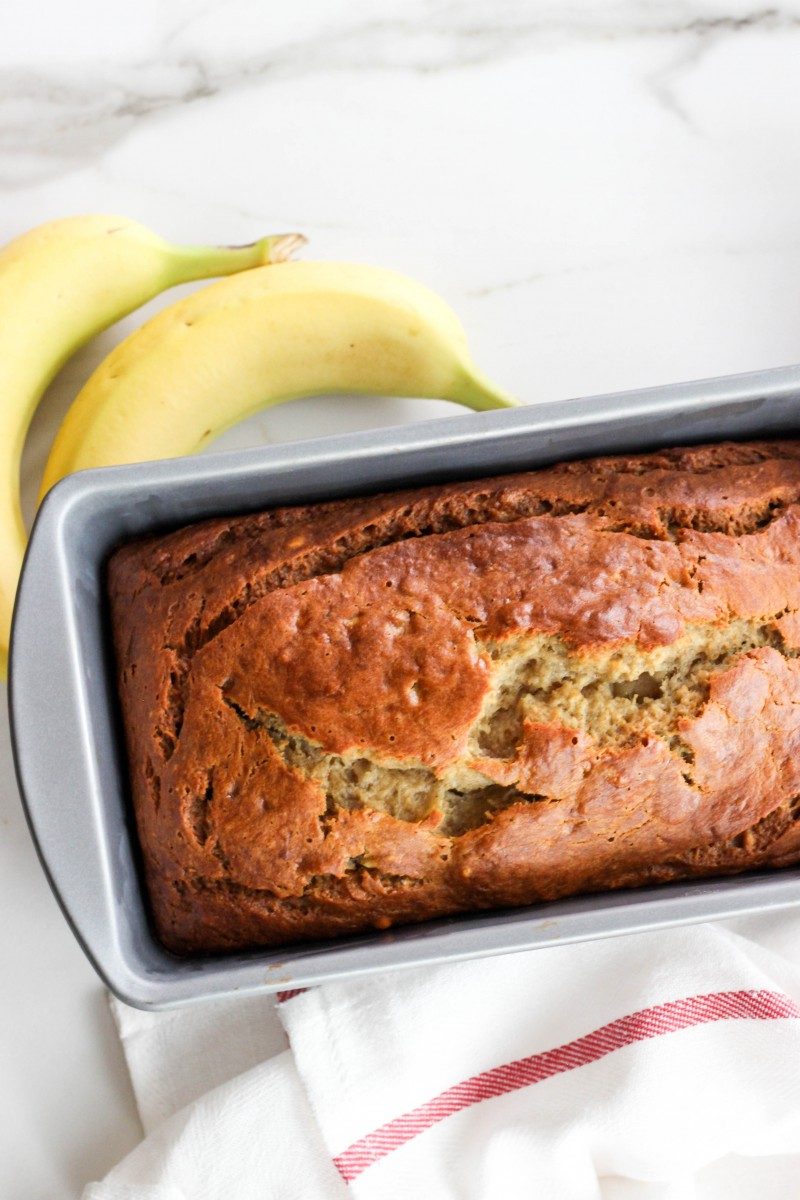 Happy Friday friends! It’s been a long 9 days around here while I was handling the kids all by myself, and the hubs was traveling, but he comes back tonight and I couldn’t be more excited!!! Hello sleep! =) Any other mamas out their who have traveling husbands and basically cringe right when they bring up their upcoming travel? I feel like every time he brings it up, I run in the opposite direction, hide in the closet, and just start chugging wine. #nojudgies

Anywaaaaay…let’s move on shall we?? Ok, so real talk. We are fully guilty of buying bananas and then all of them not getting eaten because everyone in my household despises any banana that has spots on it. Too mushy…too sweet…You name it, there’s something wrong with that spotty banana. But, they were getting thrown away far too often. Or I would be the sucker in the house that would have to eat it and I hate a mushy, extra yellow banana. So to save myself from eating a dying banana, I knew I had to come up with a way to use them. Enter cinnamon banana bread!

One bowl, one loaf pan, and an hour later all those bananas have been put to good use, and my kids gobble it up uber fast when given to them. And oh yea, another plus is your house basically smells AHmazing! 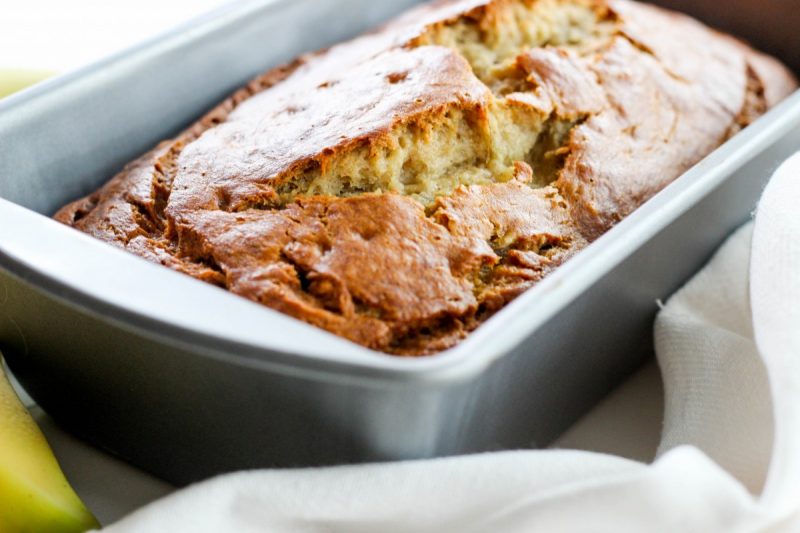 I put it in their lunch box, give it to them for breakfast, or bribe them to finish their dinners and give them the banana bread for dessert! Works like a charm! =)

I also like to add fun variations to this bread! Throw in walnuts, raisins, slivered almonds, chocolate chips…seriously though, the possibilities are endless! 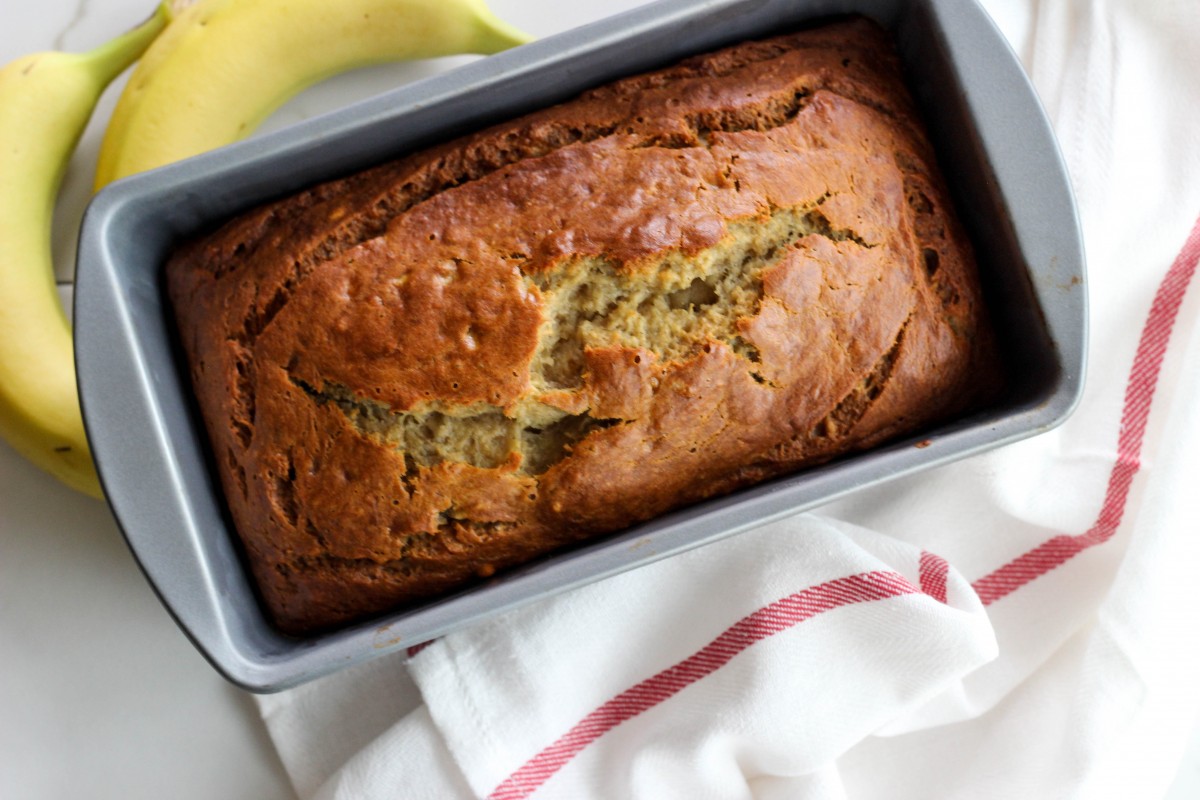 Definitely whipping up another batch of this over the weekend as I have a few ugly bananas on my counter! If you try making it, leave me a comment letting me know how it turned out! 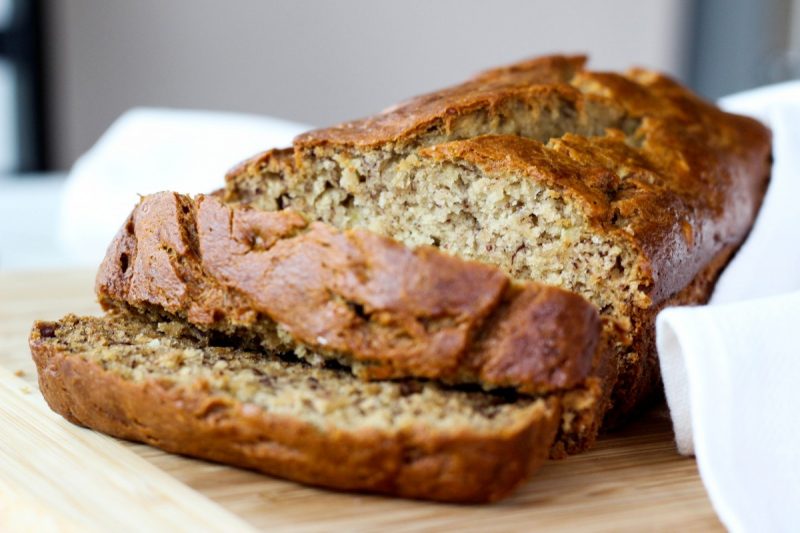 Pin it so you can reference it later! 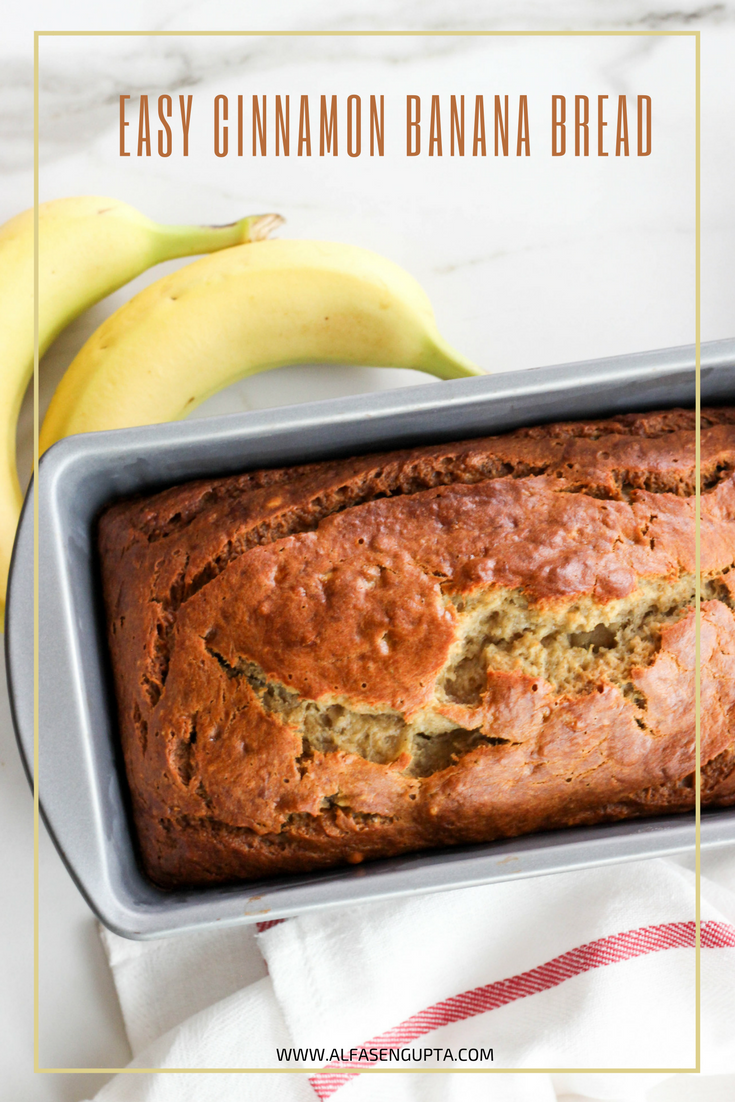