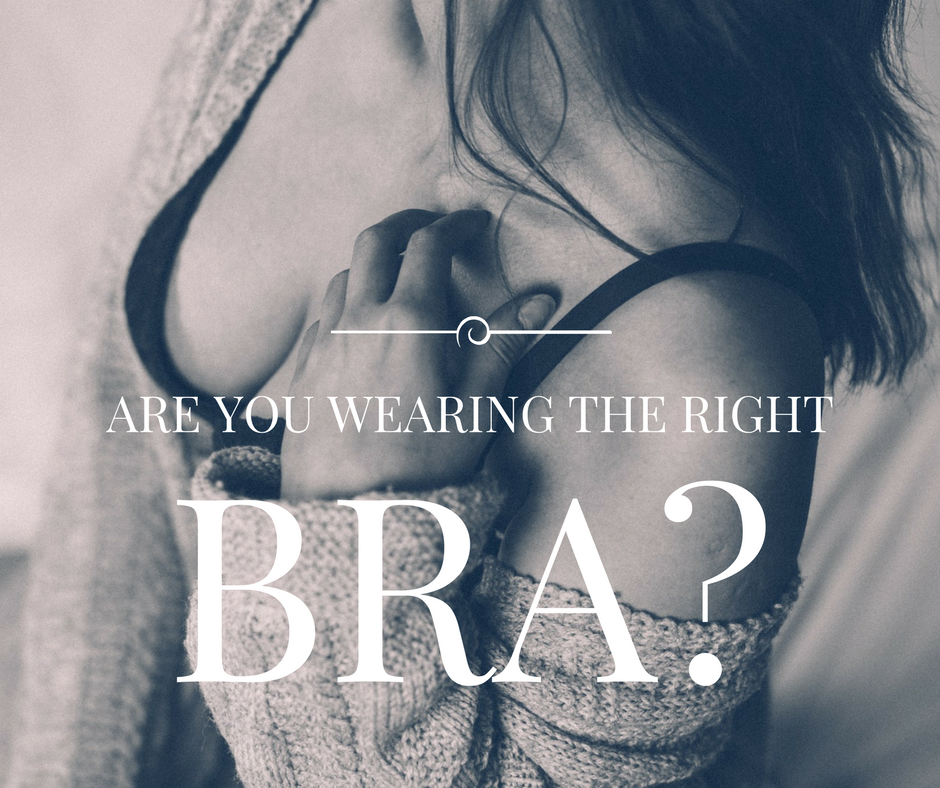 I recently had a GIANT revelation. Like a super ginormous one. And since then, every girlfriend that is in my life has heard about it, and I finally decided that I needed to write about it since I just. Can’t. Stop talking about it.

When was the last time you got yourself a bra fitting?

I ask this because I couldn’t even remember when I did it. Was it high school? College? Who knows… But since then I guarantee my chest is definitely not the same size as it was whenever I did have a fitting. I’ve gained weight, lost weight, gotten pregnant, breastfed, lost weight, got knocked up again, gained weight, and nursed yet again. And now that it’s all behind me, I have zero clue as to what size bra I’m in since I’ve gone through a thousand changes. And I’ve been living in nothing but sport bras because I crave support because I have such horrible back pain. It was time for a change guys…

The reason I’m so obsessed with this now is because getting a fitting has been life altering you guys. My clothes fit differently, my back hurts less probably because I’m wayyyy more supported, and in general I feel like a new woman. That’s right. I feel like a whole new person! It’s crazy how something so tiny can make such a giant impact!

But really, it’s not such a tiny thing. It’s something we wear all day, everyday, and I realized just how uneducated I was on the topic!

So let me break it down for ya ladies, and let’s start with why you should even bother to do this…

Why To Get Fitted

My guess is if you’ve never been fitted, you head into a store, pick up a combination of numbers and cup sizes and head into the fitting room in hopes that you’ll get support/coverage/lift/etc, and you leave feeling frustrated since it’s just a plain ol’ guessing game! Or at least that’s what used to happen to me and I hated the experience of buying bras.

I now at least know what the number and cup size is, and I can just pick up a bunch of bras in that size and try on which ones give me the feel I’m looking for! I sit thinner, look better, and feel confident. All from the correct bra you guys!

True story: A few months ago I started clearing things out of my closet because I was so frustrated since they didn’t fit me “right” anymore. After I got my fitting done, and started wearing the correct bra, I just had a hunch to try those on again since they hadn’t made it to Goodwill yet. And guess what? 80% of what I was about to toss fit me! That’s right! So much of my clothing didn’t fit my shoulders and bust area correctly because of the incorrect bra!!

Also like I mentioned above, if you’ve gone through different life changes like I have (i.e. pregnancies, weight loss/gain, nursings, etc), your boobies have changed too girlfriend… So there’s a high chance that you’re wearing the wrong bra.

Over 80% of women are wearing the wrong size bra!

Where To Get Fitted

I had some ideas on this, but after talking to a few friends, they all recommended heading to Nordstrom or Neiman Marcus. Nobody mentioned Victoria’s Secret and here’s why…they don’t carry all the sizes in the spectrum!!! As I’ve learned after my fitting now, VS doesn’t carry my size and had I gone there, I would’ve been sized incorrectly since they would try to put me on their range of fittings! YIKES guys. I’m not hating on VS, but I officially learned that I cannot shop their bras since I wouldn’t fit in any at that store. BUT if you get fitted and learn your true size, you can of course go and shop there if they sell your size!

My experience was at Nordstrom (if you’re a local Austinite reading this, it was the Nordstrom at Domain!), and it was the most amazing experience! Professional, not awkward, and so damn educational. And guess what I learned….Guys. I was WAY off on my sizing. It’s no wonder I was constantly frustrated at the way my clothes fit! I’m talking wrong number and wrong cup size. And not by a little, by a lot. WOWZIE WOWZA.

Go. Get fitted. Like the next time you have a free minute. Or like right now… And… Oh yea, it’s FREE. So you literally have no excuse. Just go.

You Only Need Three

Being there and trying on these on, I had a mini panic attack after I realized the good quality bras range from $65-$90 a pop. Wait…so this is going to cost me thousands?? I was freaking out basically, and I asked the lady who was fitting me if there were any sales or anything and then she told me, well you only need three total.  Um whaaaaaaat? She said “well, one to wear, one to wash, and one that’s resting. If you take good care of these, they will last you a whole year!” She offered some great advice on making sure I use a gentle soap, always hand-washing after a couple of wearings, and to hang to dry.

I know what some of you are thinking… that’s still kind of a hefty price tag for a few bras. But guess what? I ended up ordering the same brands I liked at Nordstrom at Nordstrom Rack online, for 50-60% off and scored the same bras I had tried on! I basically got three amazing ones around $100! WINNING!!!

$100 and I felt like I had a new wardrobe because things were fitting so well, and not to mention all the clothes I thought I was going to donate now fit me too!! I would’ve spent so much more on getting new clothes!

Some of my faves included these that you can find on Amazon too!

Stages Of Tightening A Bra

This sounds like a crazy thing right? Because I’ve always just worn it on the tightest clasp and then tightened my straps…No? Isn’t that what you do?

Turns out the answer is NO…. when I was trying them on, the lady said make sure you always start at the “loosest clasp” and then tighten the straps. So basically the the hook/clasp that’s closest to the edge if that makes sense. Then as you’re wearing this bra over the next couple of days, it eventually loosens (kind of like jeans after you take them out of the dryer) and you’ll move to the middle clasp, and then the tightest one. Once you’ve reached the tightest one, it’s basically time to wash this one and move on to the next bra!

Alright ladies. I hope you’ve taken something away from this post! I had no idea I was going to be so passionate about this, but turns out because it was such a game changer, I just had to tell the world about it!!

Pin and share with all the wonderful women in your life!! 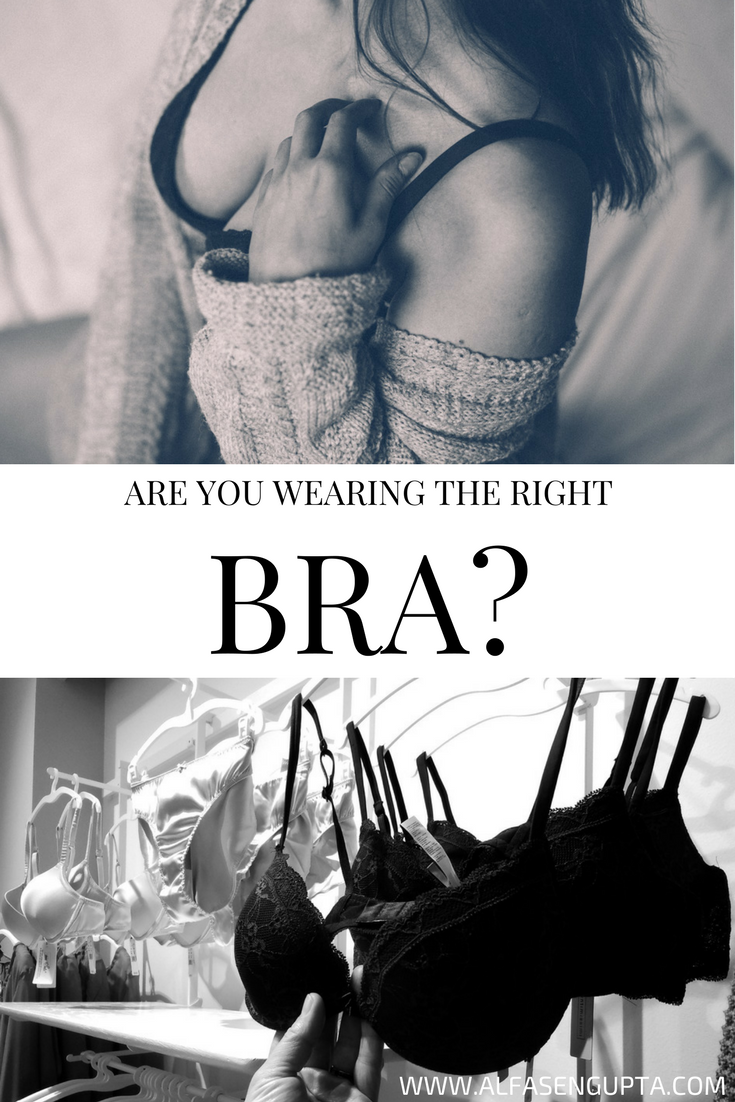