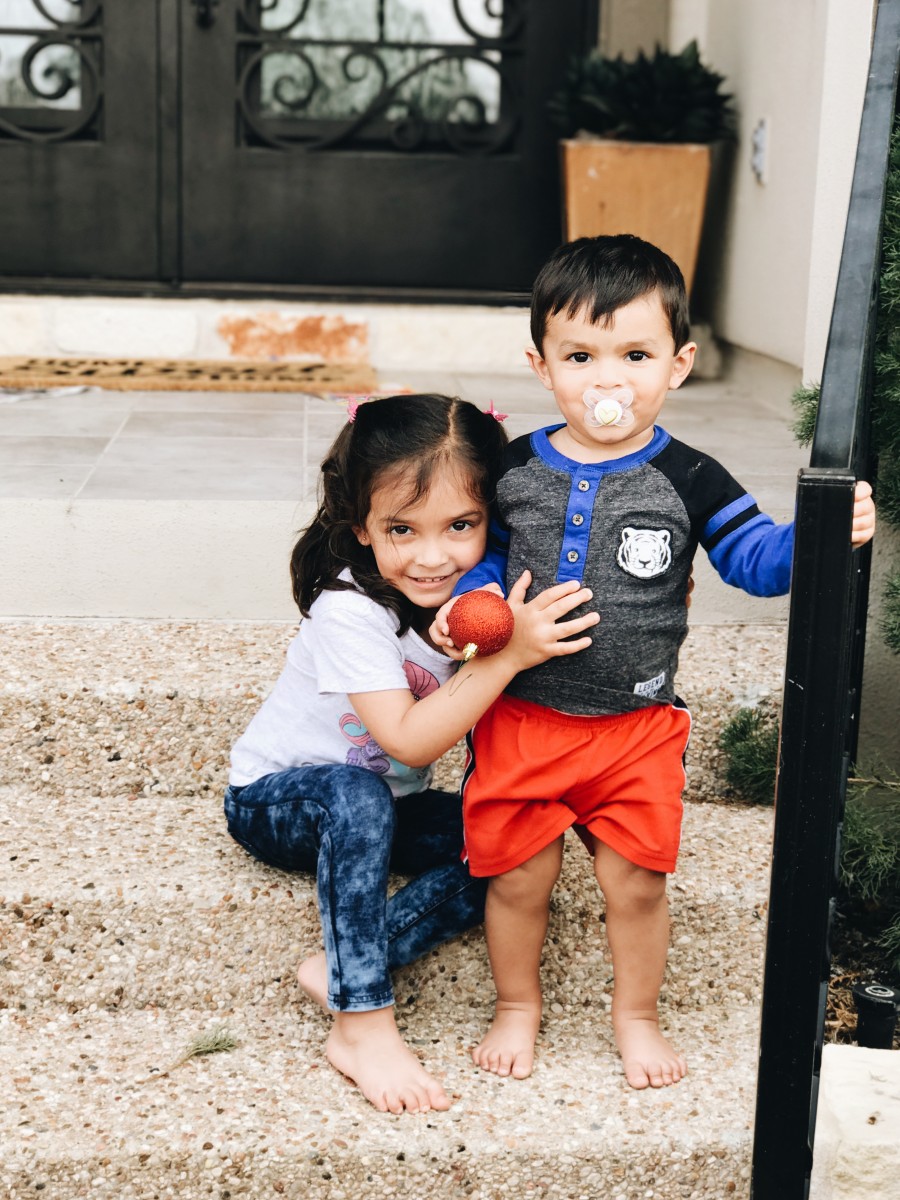 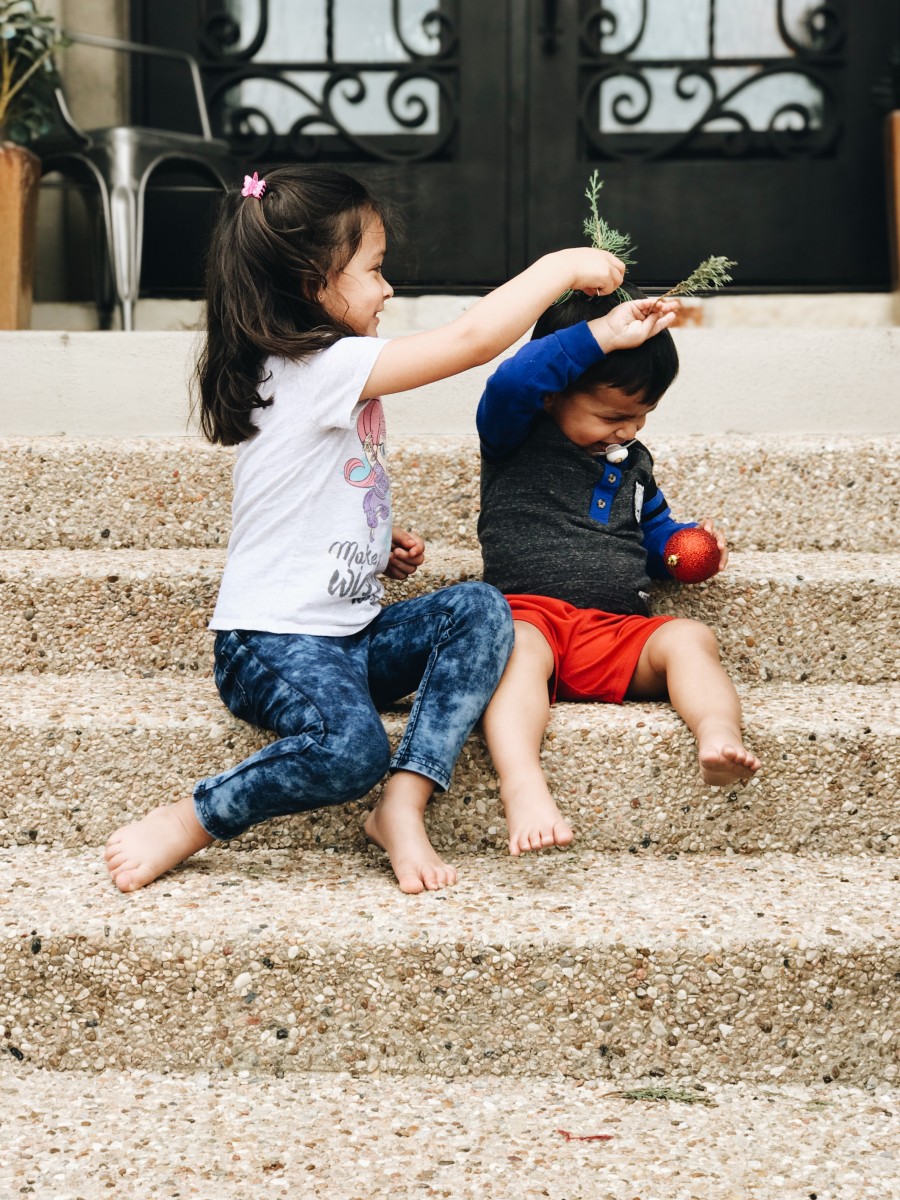 This is a recent photo except there are still ornaments in our yard from the wreaths that were on our door when the wind came and knocked them off!! Don’t judge! =) 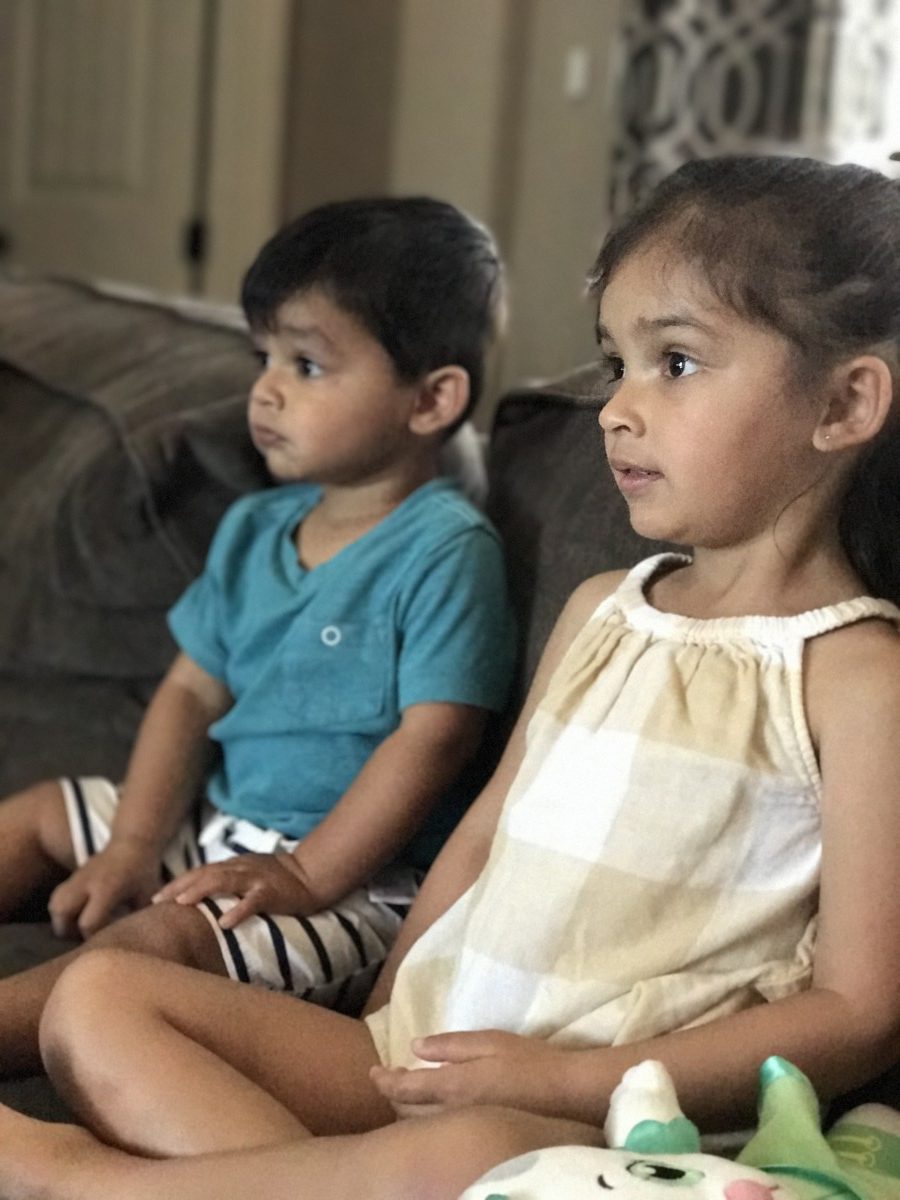 Grainy but one of my faves of them!! The only thing they will watch together is Little Einsteins and it’s adorable when they sit together and talk about things from the episodes with each other!!

I feel like I haven’t done an update on my not-so-babies anymore so here’s a little snapshot on my little ones! 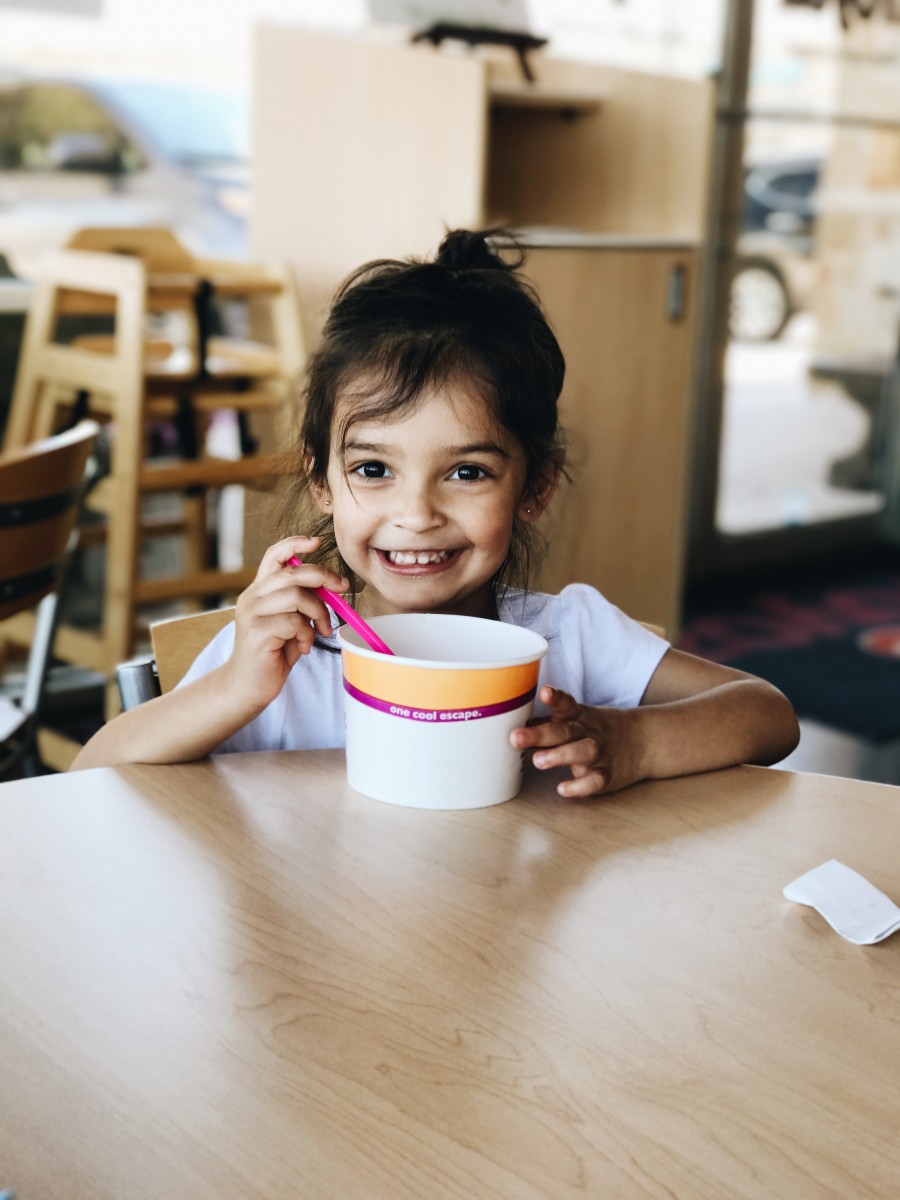 3 years old but behaves like she’s 13. So. much. sass. in this tiny little girl. She has a few friends that she absolutely adores, but she pretty much keeps everyone else at an arm’s length. She’s super timid until you get to know her, and then look out! She will talk about you, ask about you, and want to see you every chance she gets! It’s definitely a trait I have that I can see got passed down to her…I’m very skeptical to let people into my world, and she’s a mirror copy of it. OOPS!

Loves to paint, do crafts, and absolutely loves school! This is a giant change from last year..she used to hate her old school and I could never figure out what it was that she didn’t like about it, but she has flourished at this new one! It’s a spanish immersion school, so she’s also learning Spanish! There have definitely been a few moments that she’ll just throw in a word or two like no big deal and it’s always hilarious because it completely comes out of the left field! Like the other day, I was singing Itsy Bitsy to Rishi, and she just starts singing it in Spanish! And last weekend, we were around a bunch of butterflies and she casually goes “oh mama, that’s just a mariposa (butterfly)”! It’s awesome to watch how quickly her mind has picked it up!

She’s a big TV bug and could devour any movie if given the option, which I’m sure she gets from daddy! Rudy is all about TV and movies, and could watch all day if he had the time, and she definitely follows in his footsteps there! Her jam right now is Moana, and she will literally quote the movie for you. We listen to the Moana soundtrack around here daily…and, I’m not going to lie…I can belt out “Where I’ll Go” like nobody’s business! HA.

An amazing older sister, who loves on her brother dearly! Always ready to fight with him as well, BUT if anyone ever looks him the wrong way, you can bet she’s giving them the stank eye and protecting him to make sure he’s alright. She’s a rule follower, rarely misbehaves, and is my little buddy! Hanging out with her is so much fun since she say’s some of the funniest things! Loves wearing skirts, dresses, and tutus because of the twirling aspect. Definitely a fan of when I paint her nails! And her newest thing is swim lessons which she’s doing amazing in!

Always curious, and always looking to learn. A reader by nature. A beyond sensitive soul. And a daddy’s girl like no other. My sweet little darling Aria. 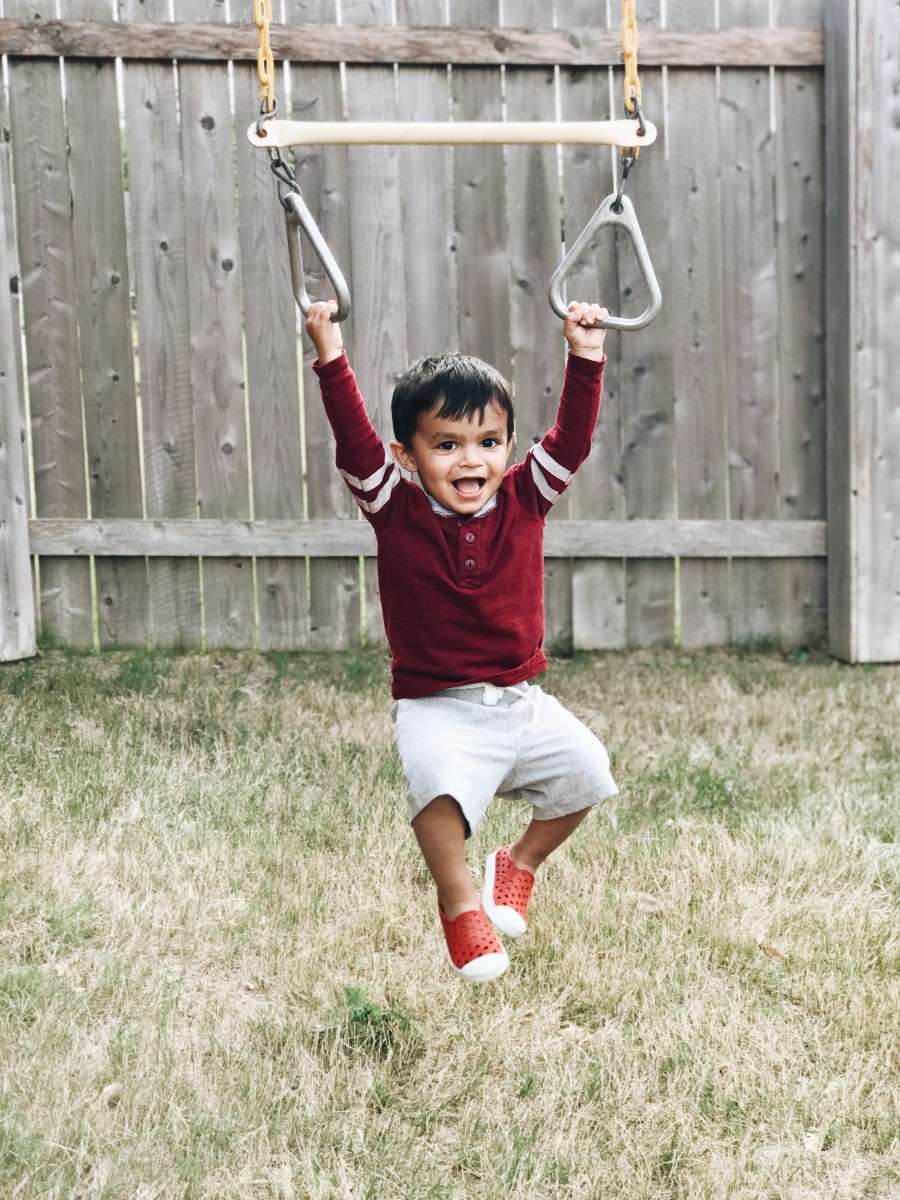 Almost 2, and the complete opposite of Aria. They weren’t kidding when they said it’s very likely your children won’t be alike because Rishi is different in every which way! He’s open to everyone, loves on anyone, and wants to chat with the whole world! Basically, he’s anti-shy and probably has no idea what the word “stranger” means since he makes everyone his friend. He’s my little socialite, but stubborn as ever. If he says no, good luck trying to get him to say yes. Right now, we are definitely in that phase where it’s his way or the highway since he doesn’t really understand consequences, or has the vocabulary to fully reason with…so sometimes going places with him is definitely challenging! But with each passing month, it get easier ever so slightly! *I stress the ever so slightly!* =)

Eats all day unless its actually mealtime, and is such a jokester. He has such a sense of humor and he’s not even 2 yet! LOVES to dance, and that is such a understatement. The minute music comes on, he literally cannot. sit. still. And this kid has got some serious moves! He’s not a TV bug like Aria, but his current faves consist of Moana and Little Einsteins. Those are the only two things to guarantee him to sit for about 20 minutes without getting into trouble! Naughty is his middle name, and he’s always got a smile on him when he knows he’s doing something wrong.

Always playing with cars/trains/planes/tractors and any other vehicle he can get his hands on.  He’s such a little brother and can annoy Aria within milliseconds, but asks about her all day while she’s gone. He loves her to bits and follows her around pretty much all day long. Their bond and relationship is by far one of the sweetest things I’m getting to witness.

Reading books has become a new thing for him since he didn’t really care for it before and his current go to book is “Brown Bear, Brown Bear”. He loves to play with water and is loving his swim lessons! I call him my little Rishi-Fishy! Not a fan of slides at the park, but swings and mulch are two things he obsesses over.

A giggler which I adore because his little laugh is so contagious. My snuggle bug to the fullest. Sensitive and beyond caring. Mama’s boy down to the core.

Can’t believe he’s going to be 2 in less than 2 months! 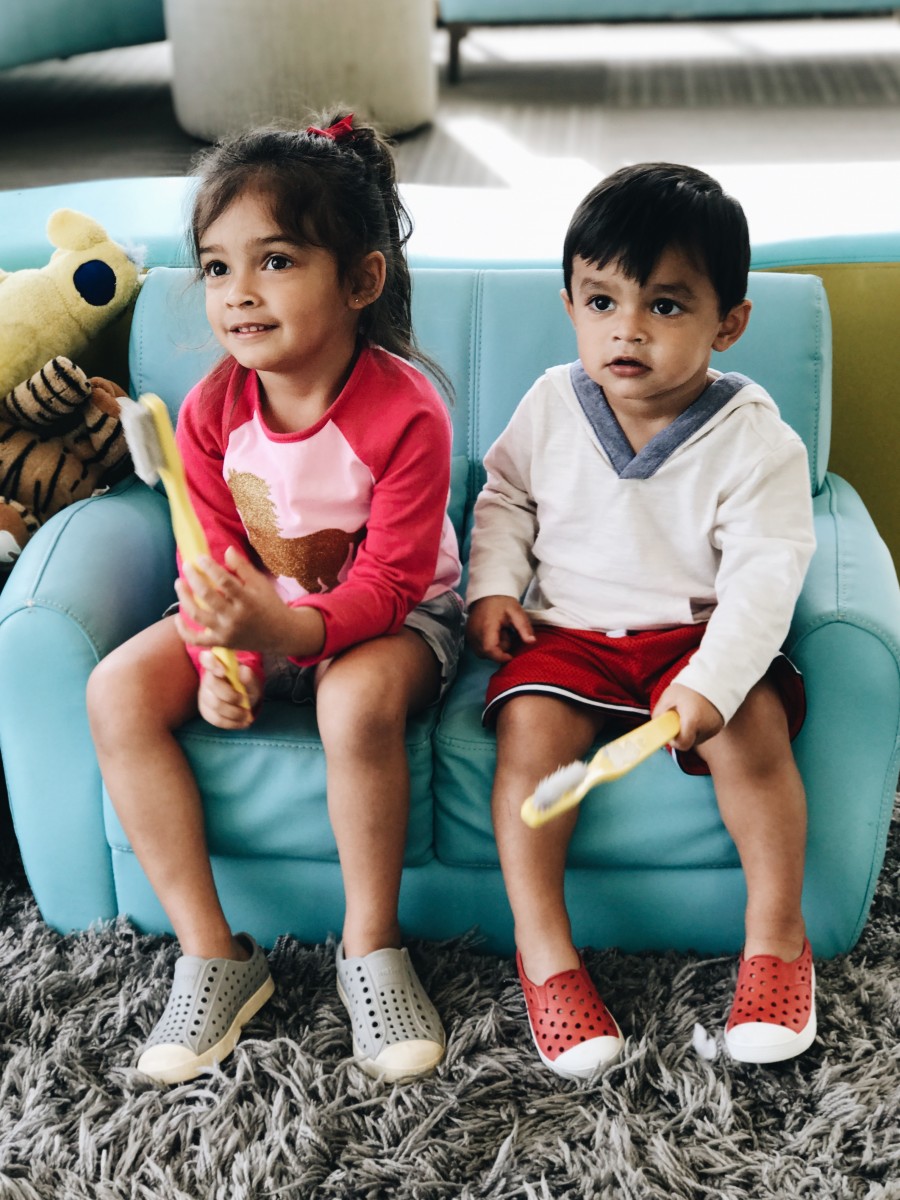 At their first dentist visit! And after I took this picture, they just looked like such big kids to me!

I love these little bunnies so much! They take up every minute of my day, and it’s definitely tiring, but man…they are the center of our universe. They teach me everyday about patience, kindness, compassion, patience, love, giving, patience, and to appreciate the little things everyday. Oh wait, did I say patience? Cuz they definitely teach me a lot about patience in case you hadn’t caught on. =P