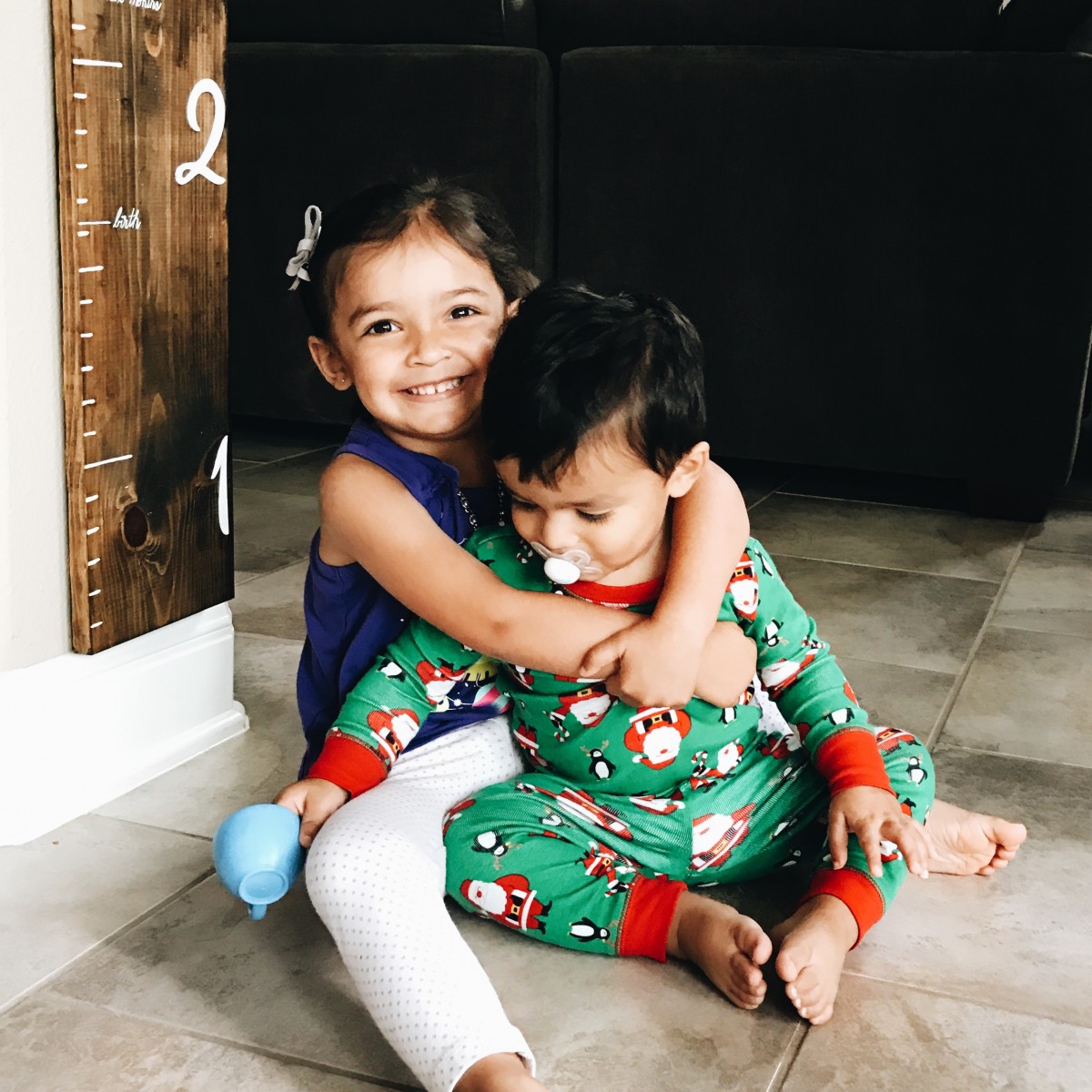 Every six months I get to celebrate one of my kids turning a whole year older, and the other at the half mark.

So this month, Aria turned three and Rishi is now 18 months today.  I know that half birthdays aren’t that big of deal to some, but hey, when you’re a toddler, every milestone is a big deal because even a couple of months can make a giant difference. Every few weeks, so much is changing with these little growing humans. 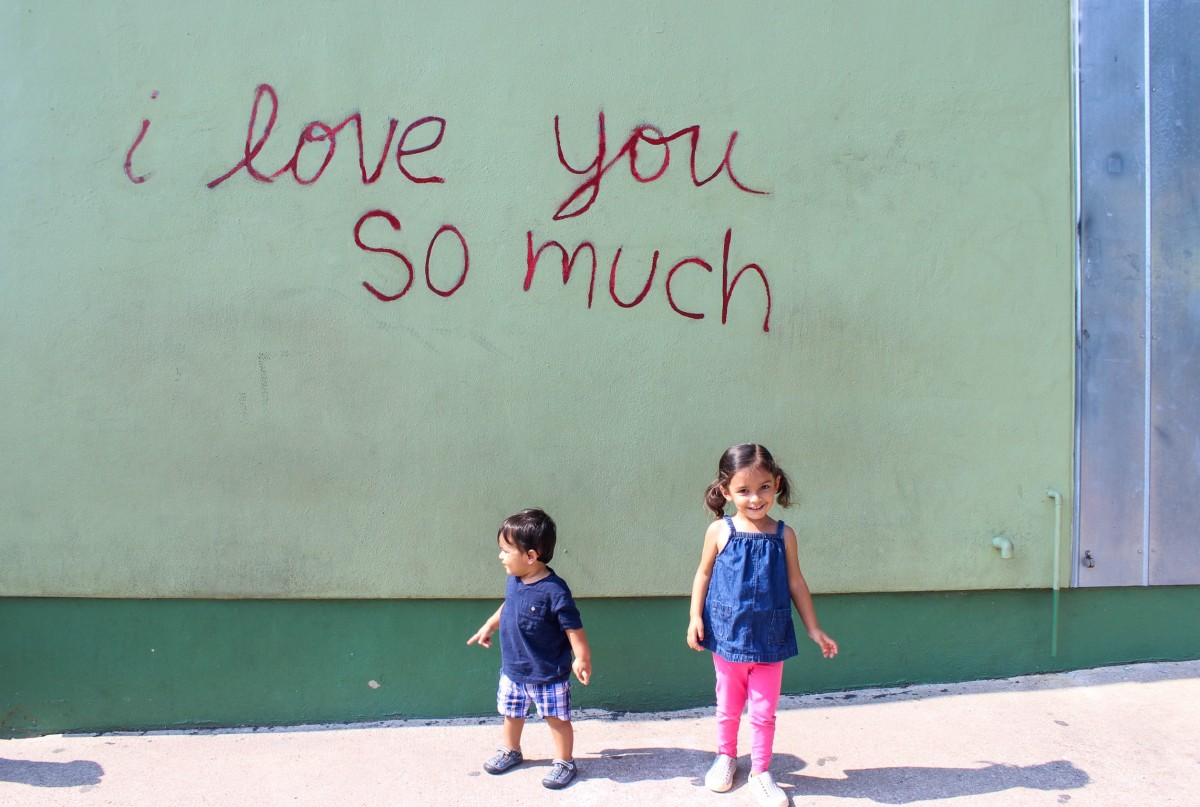 Aria is a loving, gentle soul. Daddy’s girl to the core. Adores her baby brother. Stubborn just like her mama. Loves to dance and sing all day long. One of her favorite places to be is in her bed, just singing away to herself and chatting to her dolls and stuffed animals. It’s adorable to listen to her on the monitor as she chats it up with her little crib crew. Three year old banter is absolutely hilarious.

Three. She’s three. I’m still grasping that I have a threenager around, and oh man, I’m beginning to understand why they say this age is one of the toughest! There is some logic in her brain, but in reality, if things don’t pan out her way currently, it’s the hot mess express with full on whining and tantrums at times! *fun*

She’s loving school nowadays, and is slowly starting to come out of her shell. She’s still pretty shy when there is a new environment with new people. I’ve noticed she takes some time to warm up to people, but man, once she knows you and likes you, watch out. She is gonna love on you so hard!

She isn’t a fan of eating unless it is exactly what she wants. You know, like fruit snacks.  She LOVES Elena of Avalor, Sofia, and Paw Patrol currently. I really don’t want to admit the amount of Paw Patrol gear/toys we own.

She’s got a zest for learning. She has an obsession with doing activities over anything else, but then again she’s never been super into free play. #littlenerdinthemaking 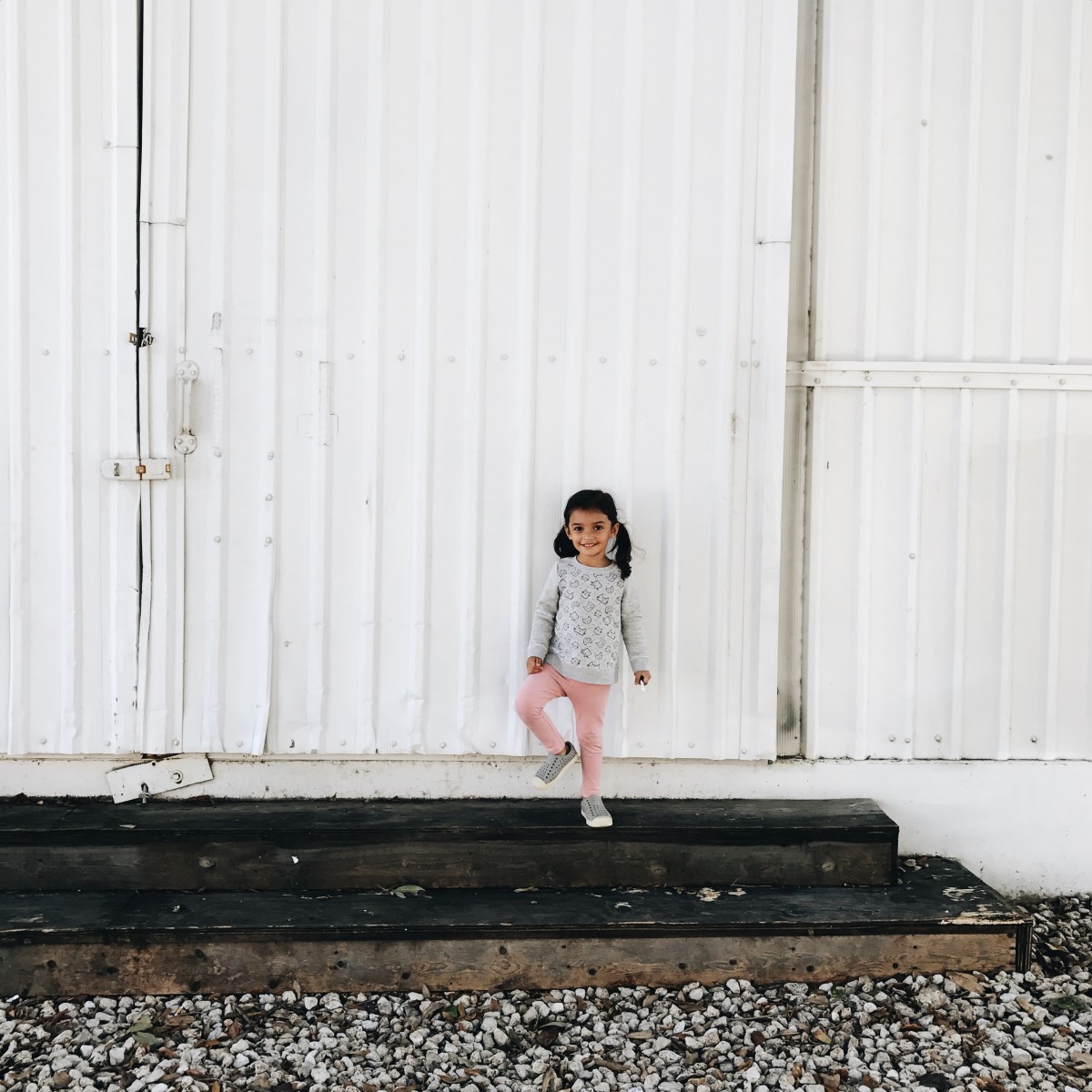 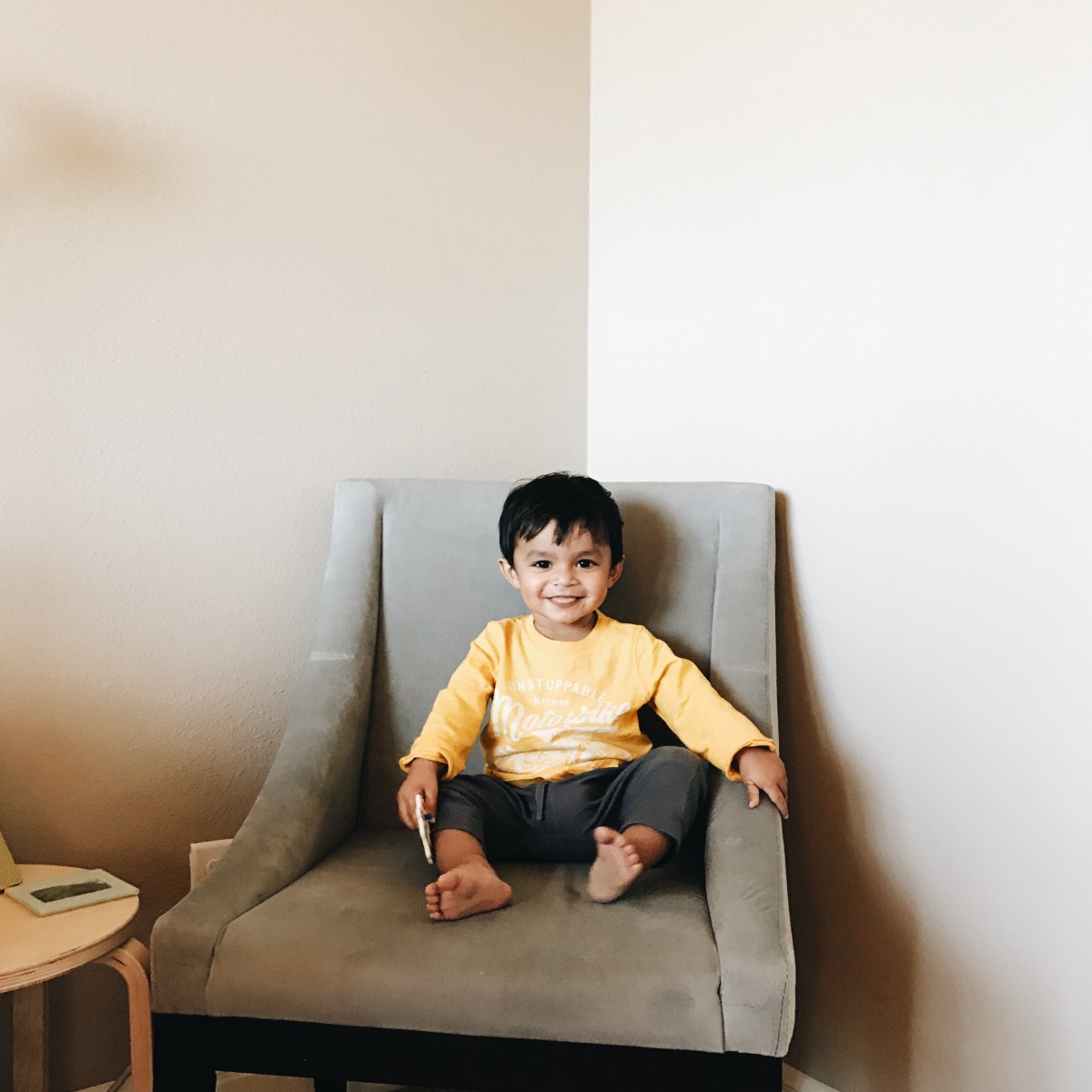 Rish is a cuddle ball. He LOVES to snuggle, hug, and kiss all day! He is beyond affectionate, and I eat up every second of it.  He’s in that fun age where everything is being discovered everyday! He’s going through that word vomit phase where all of a sudden, he’ll say a word that I had no idea he knew! Like the other day, he said “behind me…” And I just stood there in awe because all of a sudden I realized we were communicating fully! He’s turning into a tiny little human!

His frustration mainly comes from not getting food, or his sister not sharing. HA. But he loves her SO much. Looks up to her, and copies everything she does. He follows her all the time, and then asks where she is when she’s at school. It’s super sweet to watch their bond.

He is still obsessed with cars. I mean, cars, cars, cars all day long. Actually probably any transportation vehicle, he is super into… trains, planes, tractors, etc. Rish wakes up, and basically looks for Aria and then a car. Not a huge fan of TV, but seems to like Thomas quite a bit, and nursery rhymes on youtube! Our fave channel is the Dave and Ava one! If you haven’t given it a chance, we absolutely love it!

He hates veggies. Loves fruit above anything else and is a giant grazer. He loves variety so sitting down for a meal is sometimes tough since he just wants to run around and eat in spurts. And until he fully understands that he will get in trouble if he doesn’t sit at the table, it’s just not worth my energy to make him sit there while I take years off my life and he screams! Yea. Just not worth it. I wish I had this attitude when I had Aria…perspective definitely shifts after having a second baby! =) 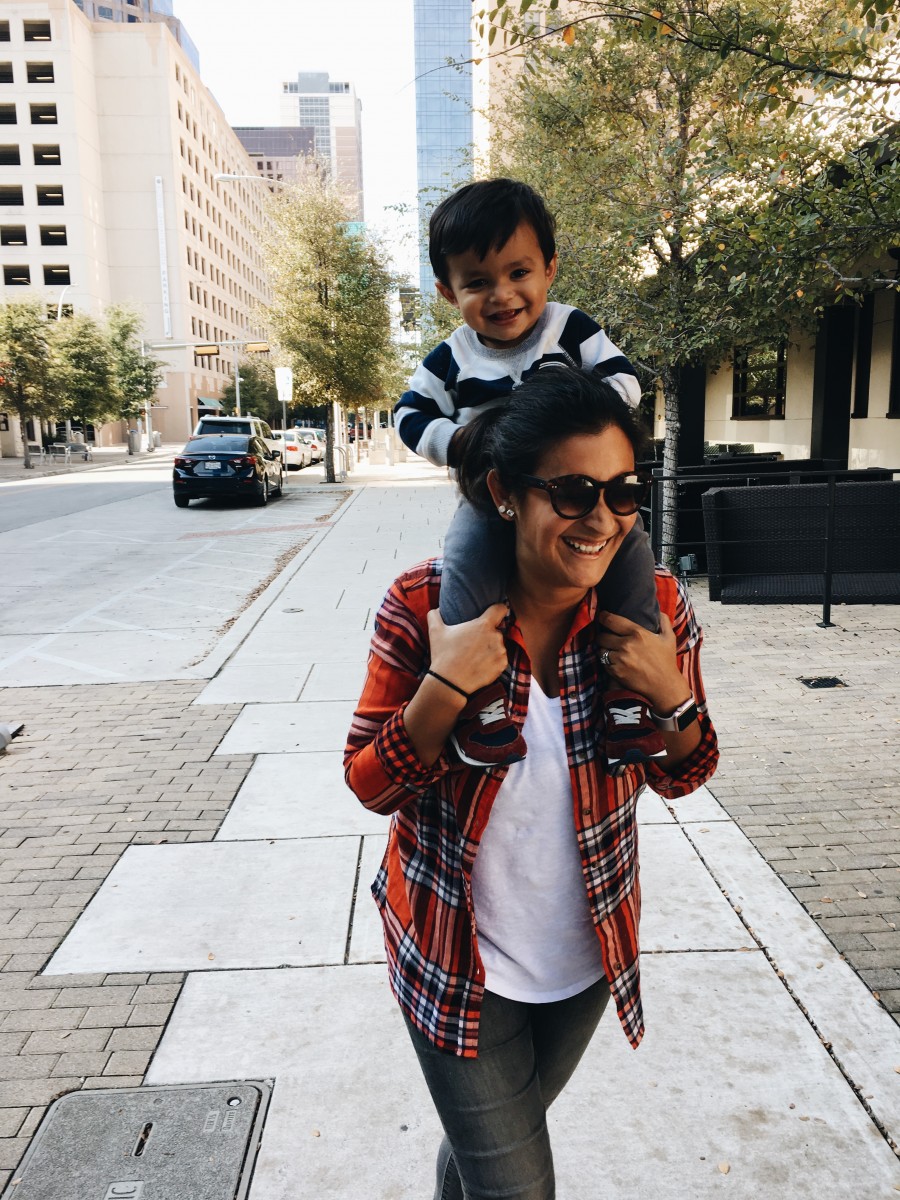 My two lovebugs. They are a handful without a doubt, and there are definitely some days where I’m hiding in the pantry, in tears, chugging wine. BUT, they make my world go round for sure. That mom title is pretty awesome to have and I love hearing “mama” out of these two. It’s one of the best feelings to know I created two little humans that now interact. That fact pretty much blows my mind every time.  Seriously though. Out of thin air! =)

My little nuggets. These two are the sweetest together…well about 90% of the time. The other 10% of the time, they are definitely fighting. #siblinglove =P 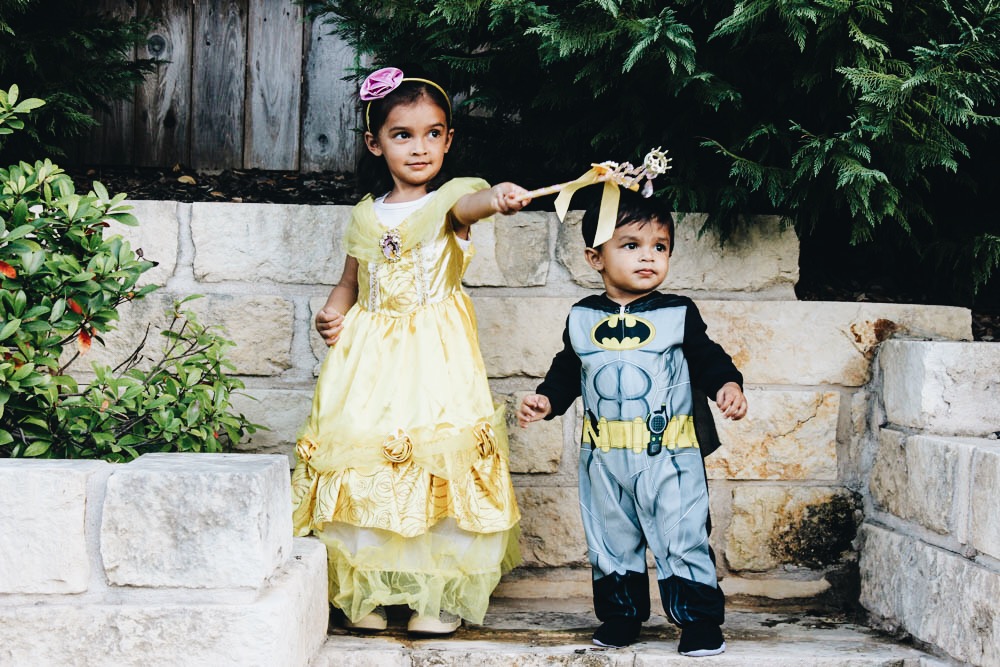 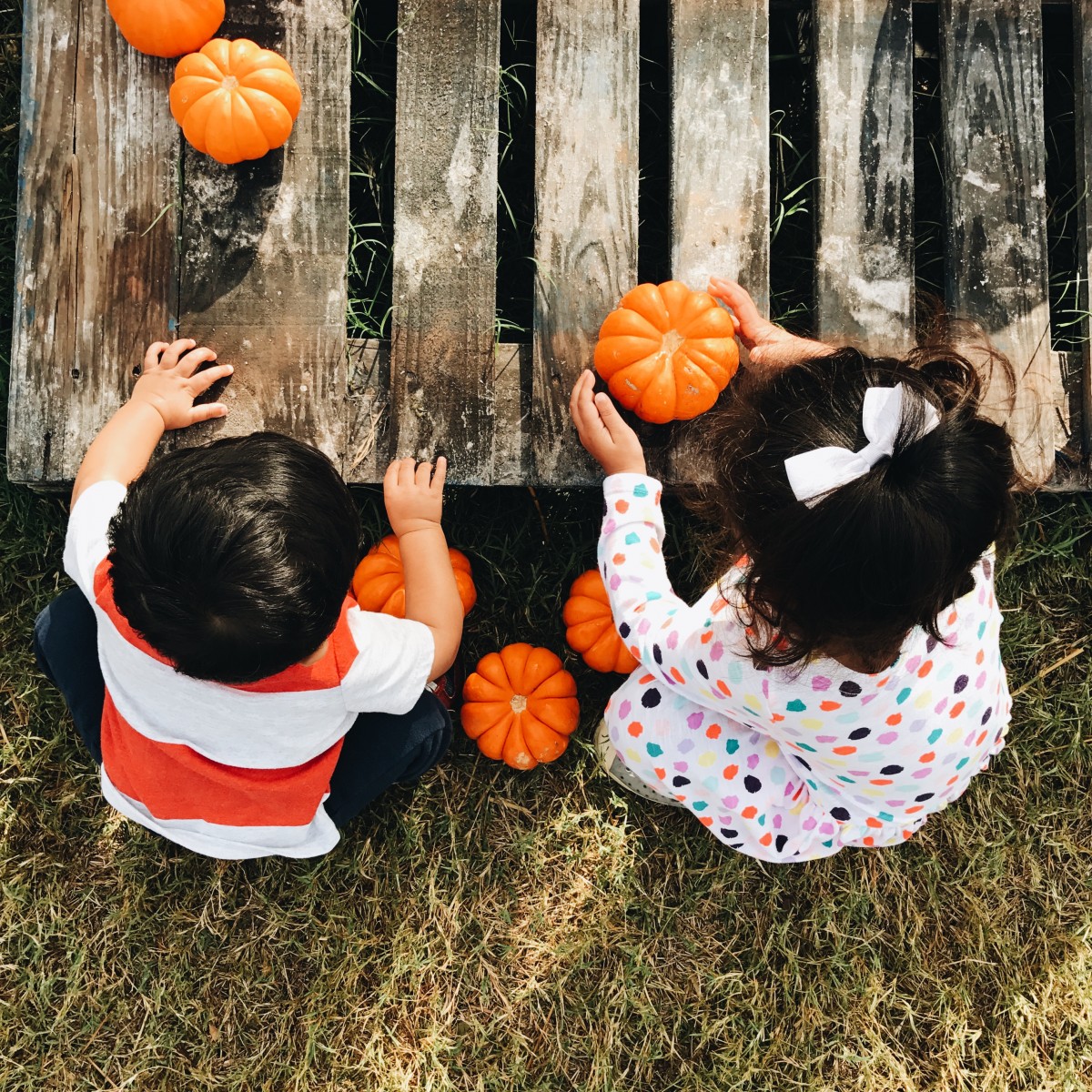 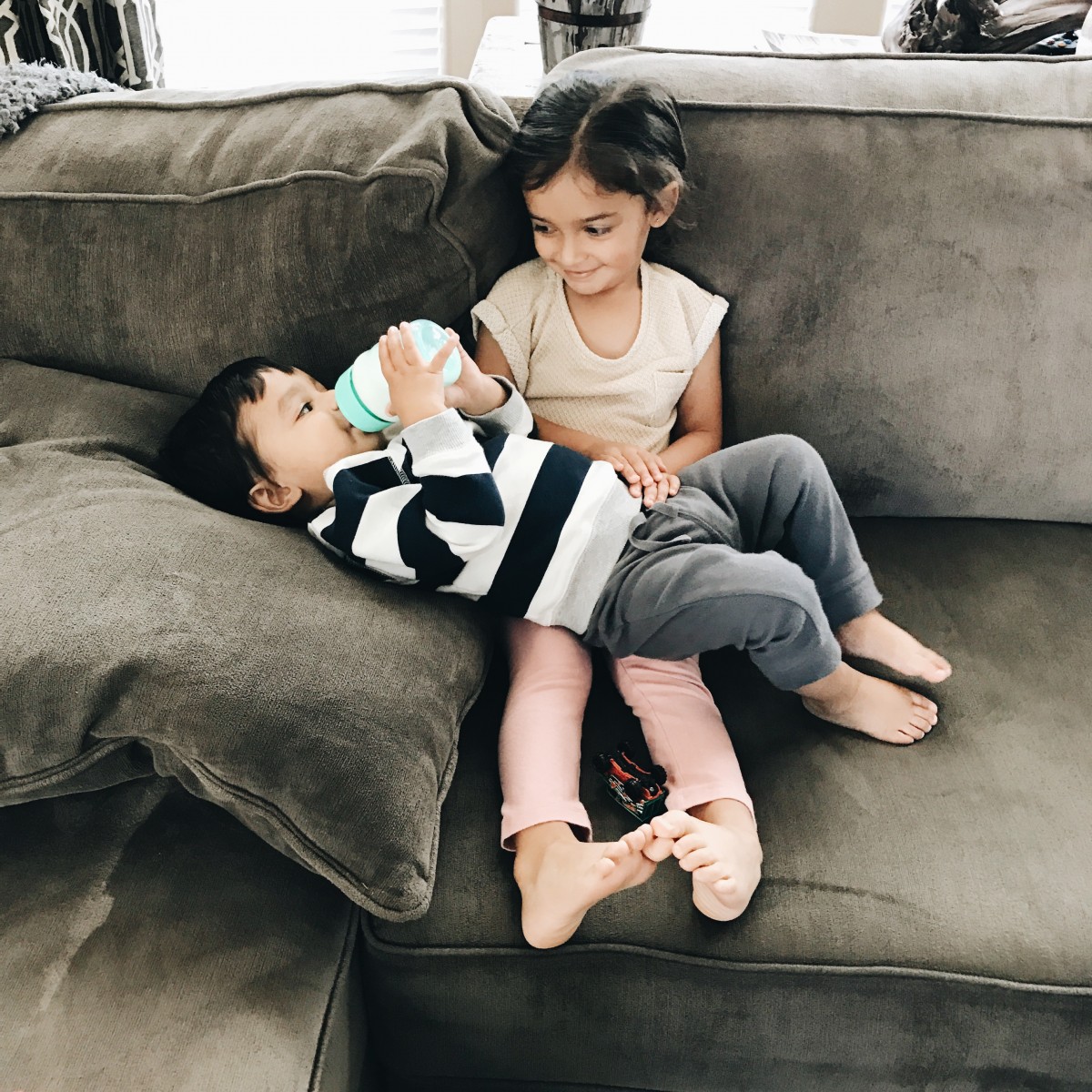 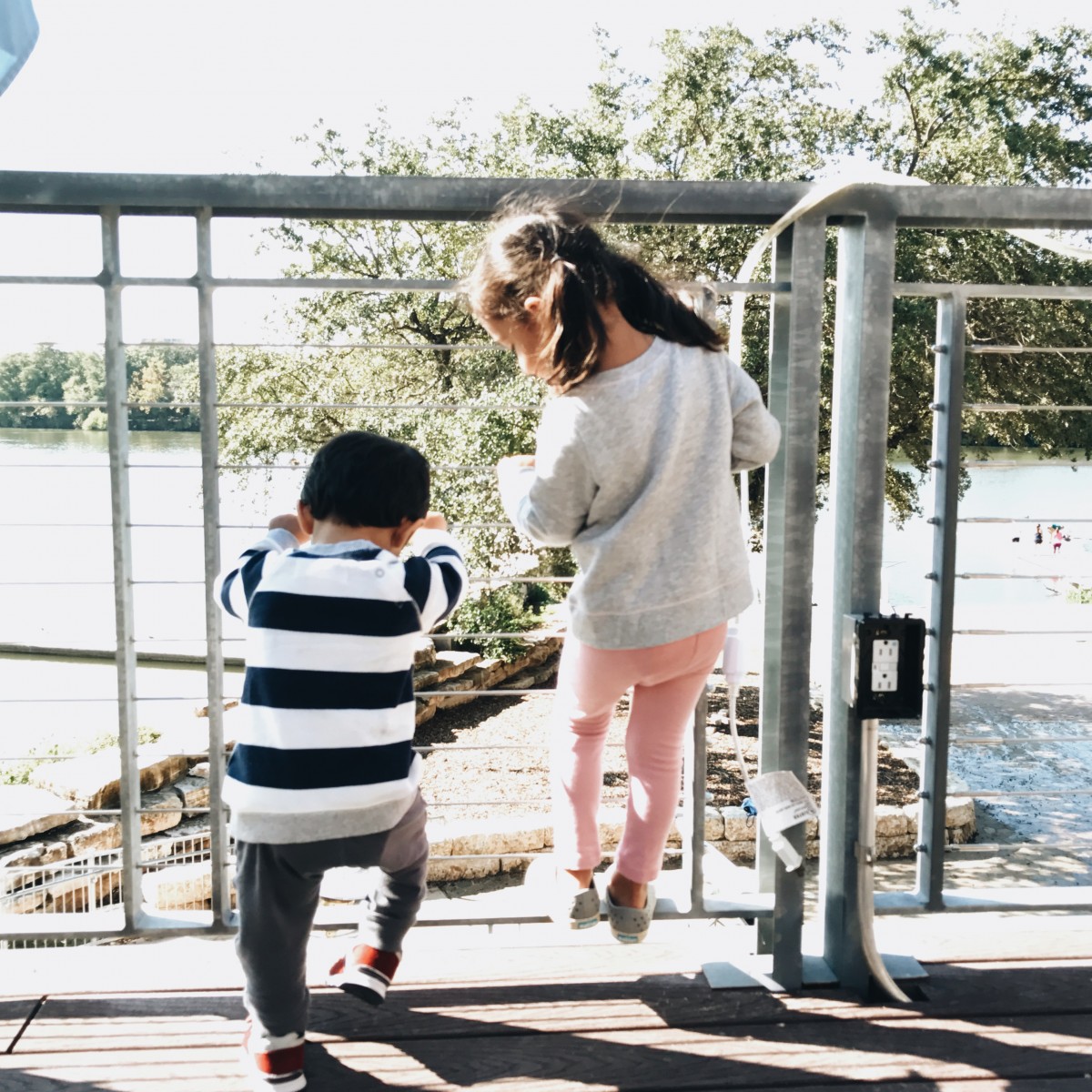 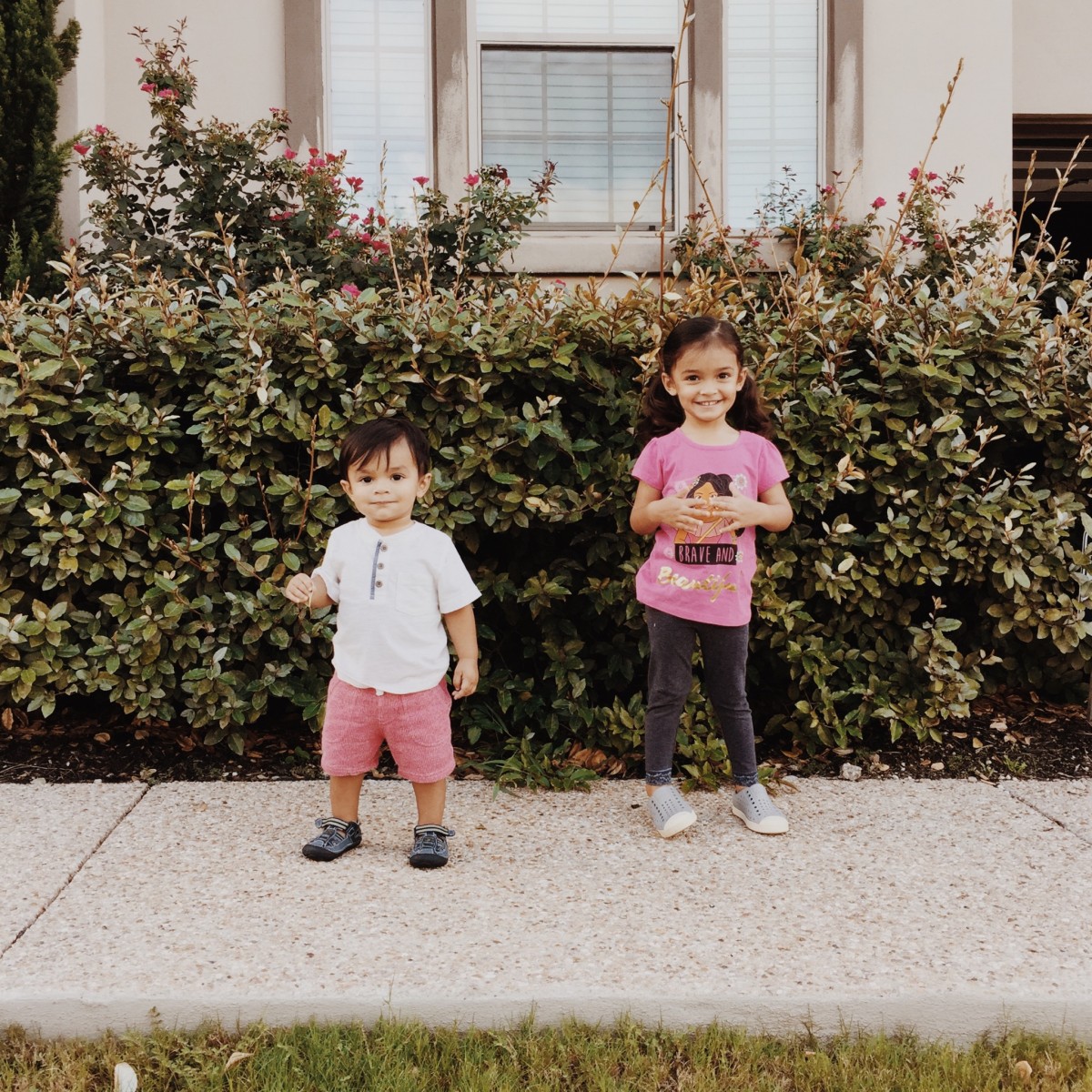 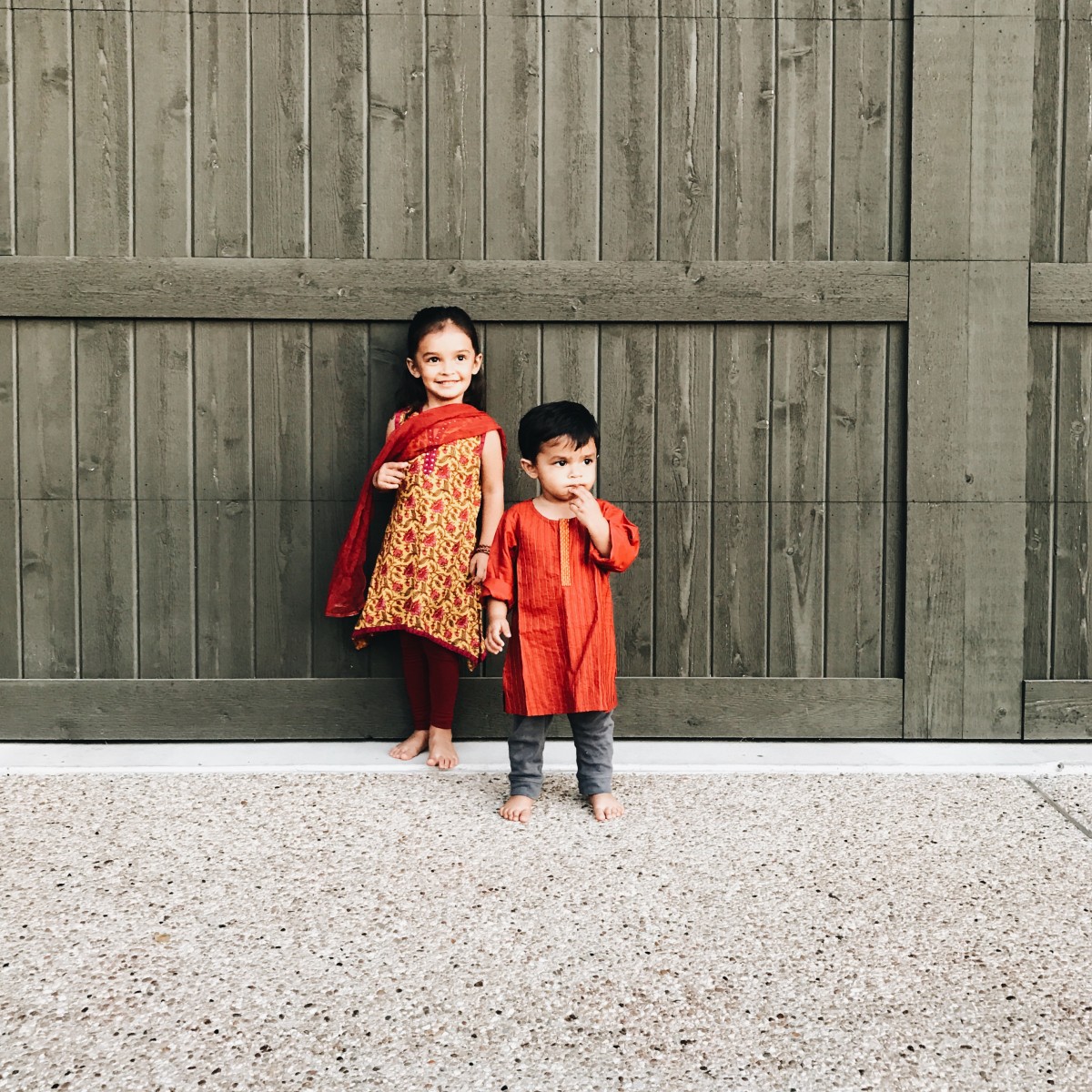 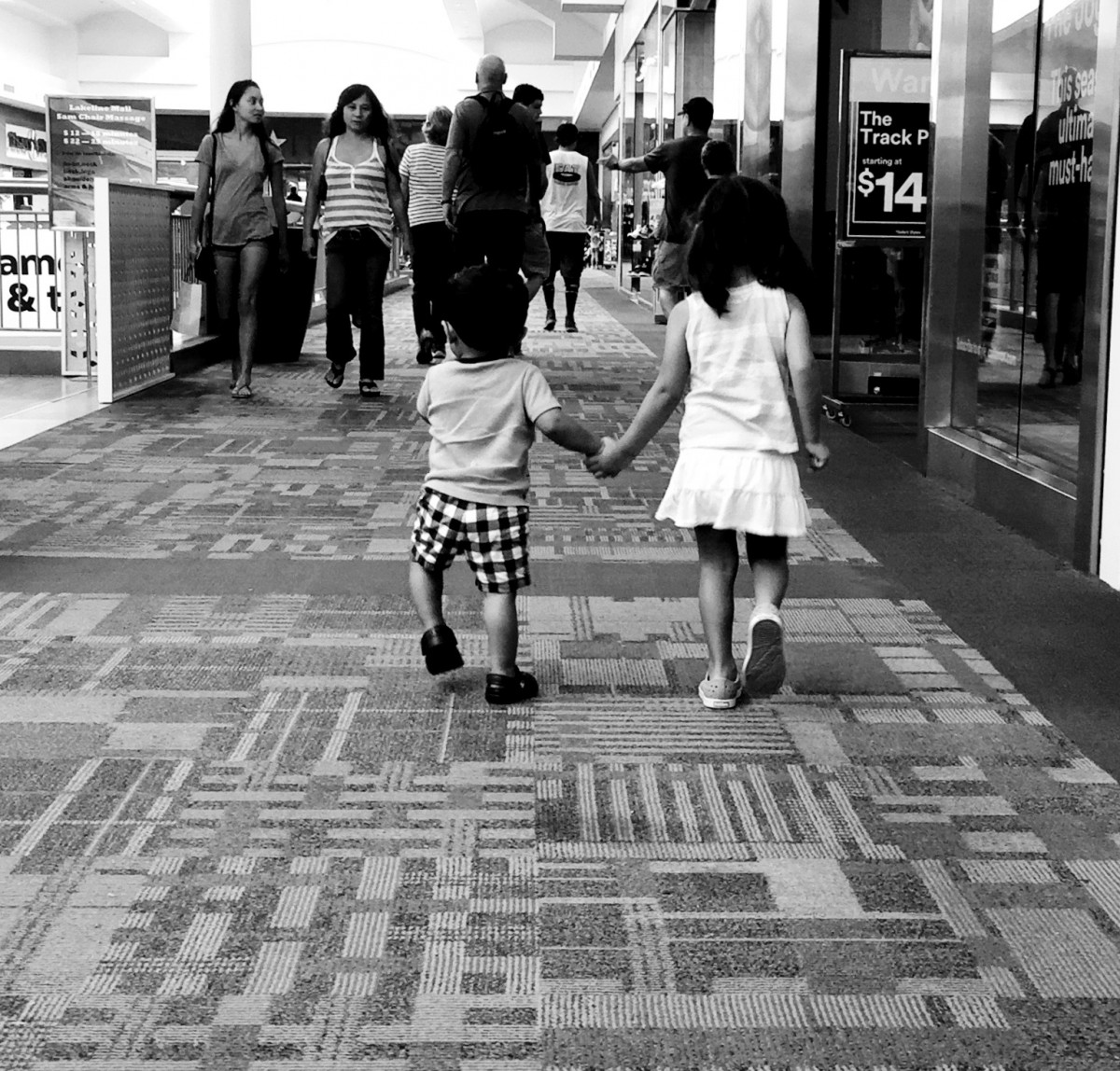 My little angels. Can’t wait to see how much things will change once again in six months, when Rishi is going to be 2 and Aria will be 3.5! WHOA. #timeisathief