I feel like I need to say that this IS NOT a sponsored post or connected to Build-A-Bear in any form. It’s just something that worked well for us, and I just want to share with my fellow mamas!! 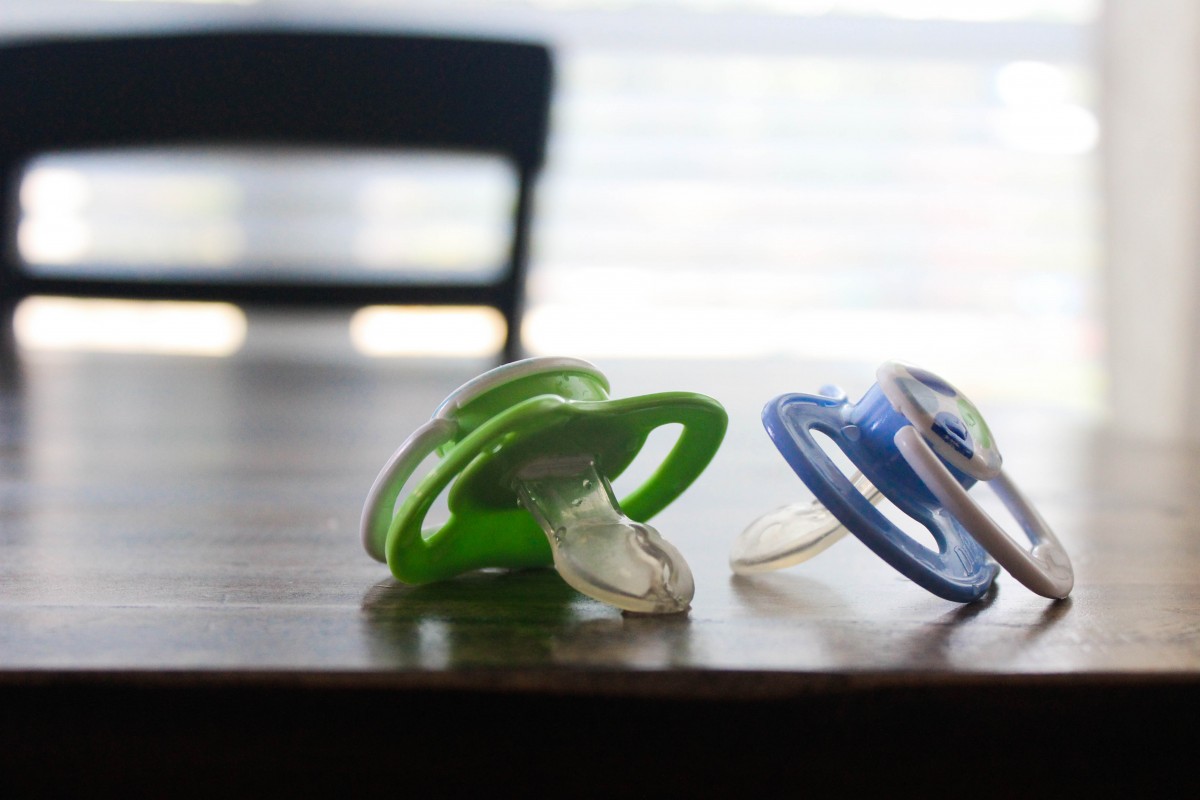 Pacifiers can be such a debateable topic. Some people swear by them. Some hate them. Some worry about nipple confusion right at the beginning with breastfeeding. I definitely went through all of those feels when we brought Aria home. I was extremely adamant at the hospital for the nurses to not give her one just in case she didn’t take to nursing. I was a first time mom, and I was C R A Z Y. I know you mamas know what kind of crazy I’m referring to! I also had this giant fear of not giving her a paci and she would end up being a thumbsucker, which is a much harder habit to get rid of since you obviously can’t physically take away a thumb!!!

Anyway, after about two weeks of nursing, we introduced it to her and it was AWESOME. It kept her calm, and it helped her sleep. We loved it. She loved it. Car drives became a lot less torturous. Going out to eat was doable. It changed our lives so we knew that we would be a paci family! 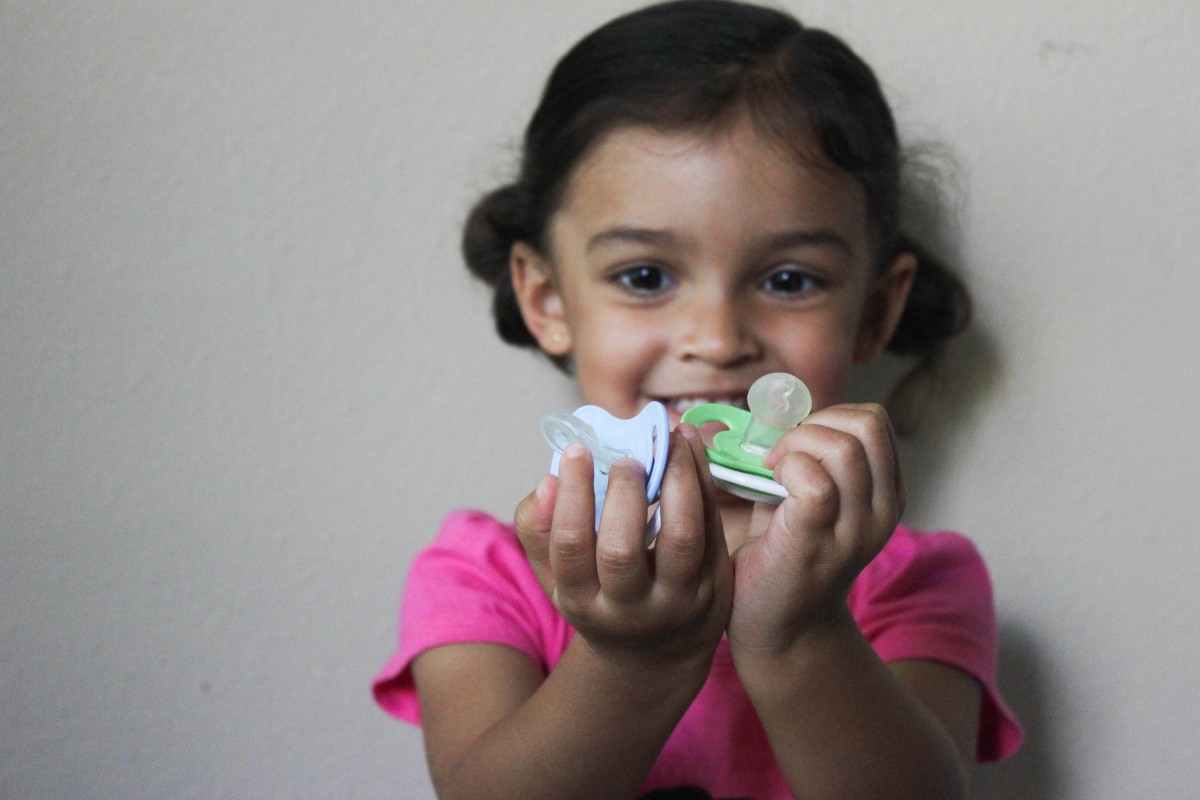 Fast forward to now. This little angel of mine is going to be 3 in less than two months. Now, she doesn’t use her beloved paci during the day…It was always used at nap, and at night. I knew I couldn’t take it away from her when she was about 18 months, when it would’ve been the ideal time. But her little brother came into our lives, which rocked her world completely. I felt awful thinking about how I was going to tear this sweet “blanket” from her that comforted her in a time where things were completely haywire at the house. I just couldn’t bring my heart to do it…not to mention, she would’ve been confused if I gave it to new baby brother but she couldn’t have one. So I waited. And waited. And waited. But I knew it was only going to get harder and harder if I waited any longer. 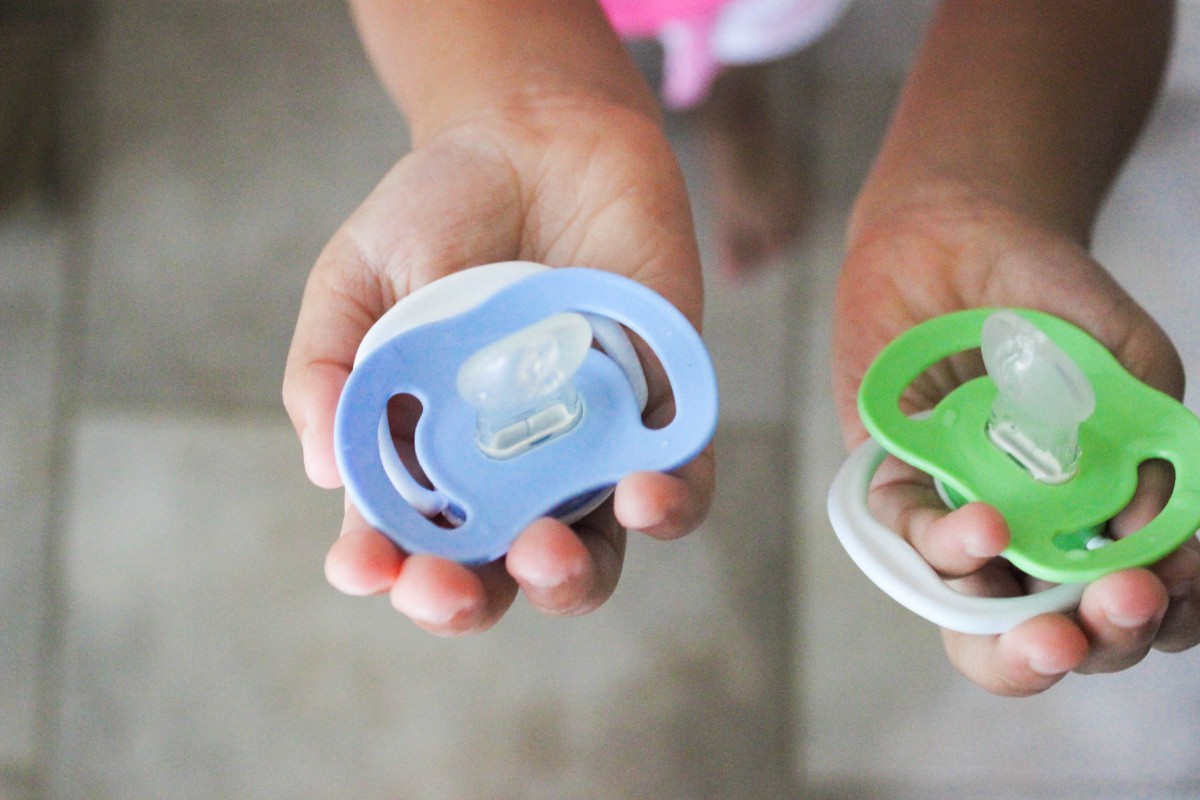 So the dear hubs and I decided that we would pick a weekend and be done with the paci with what I’m going to call the Build-A-Bear method. It basically meant that we would go to build a bear, stuff the pacis inside the bear, and pray to god that she wouldn’t tear that damn bear apart in the middle of the night.

I talked about it everyday with Aria as we approached that Friday. I’d tell her that she a “big girl” and only “babies like Rish have pacis”. I told her we would soon have to say goodbye to the pacis. I could tell she was pretty nervous every time we talked about it, so I was also pretty scared of what was going to go down when we did finally pull the plug.

So we took her to Build A Bear after nap on the Friday before labor day weekend. We specifically did that in case she had a few rough nights and needed the weekend to cope. 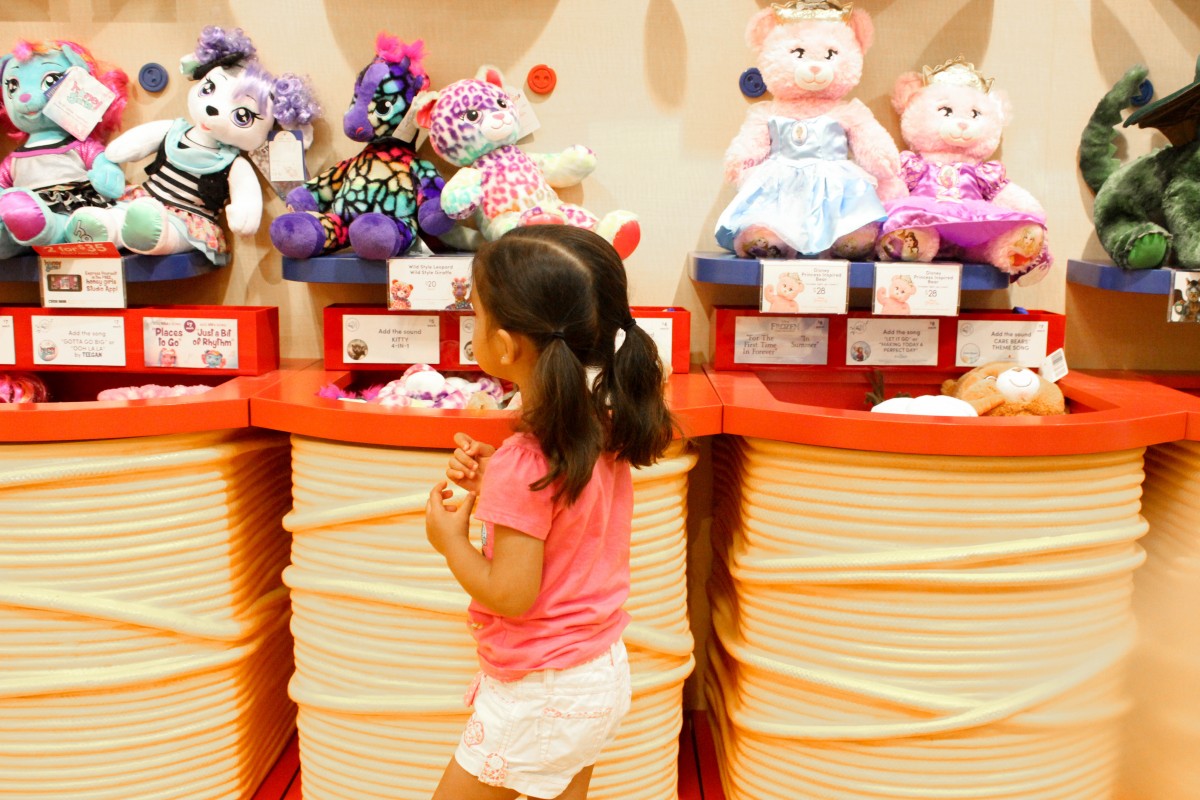 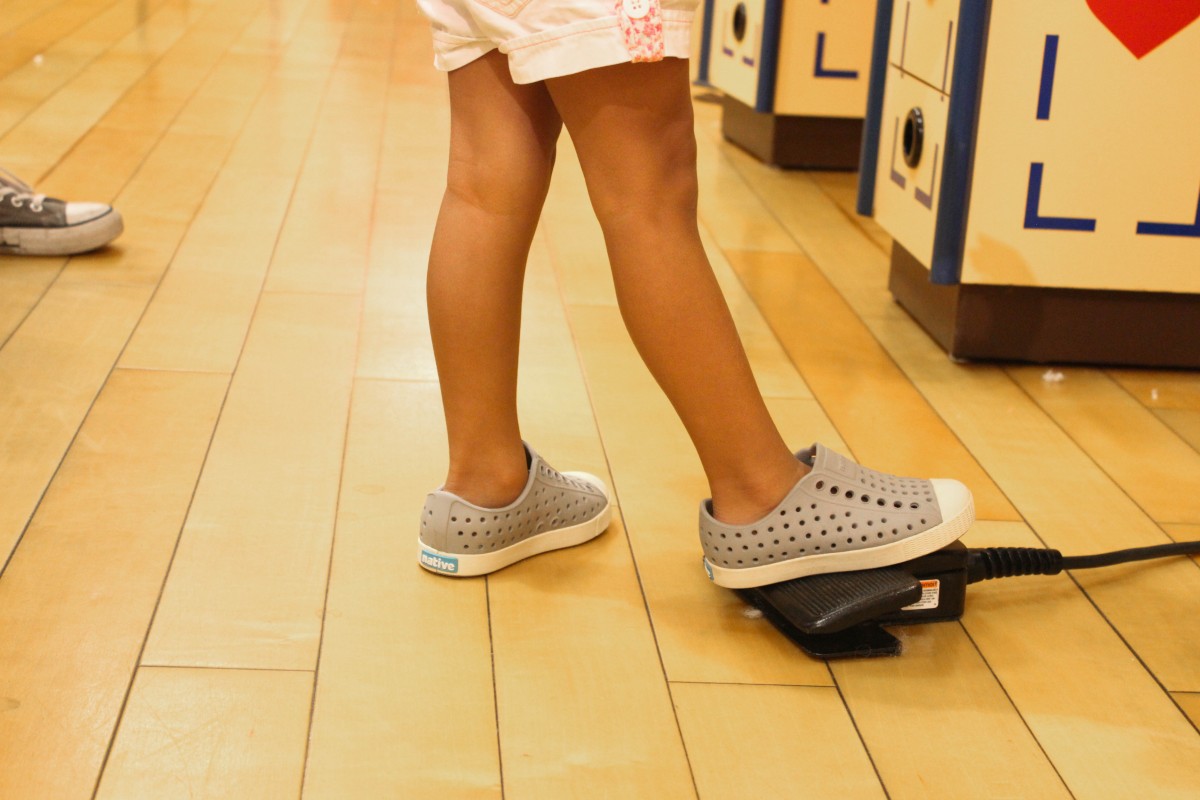 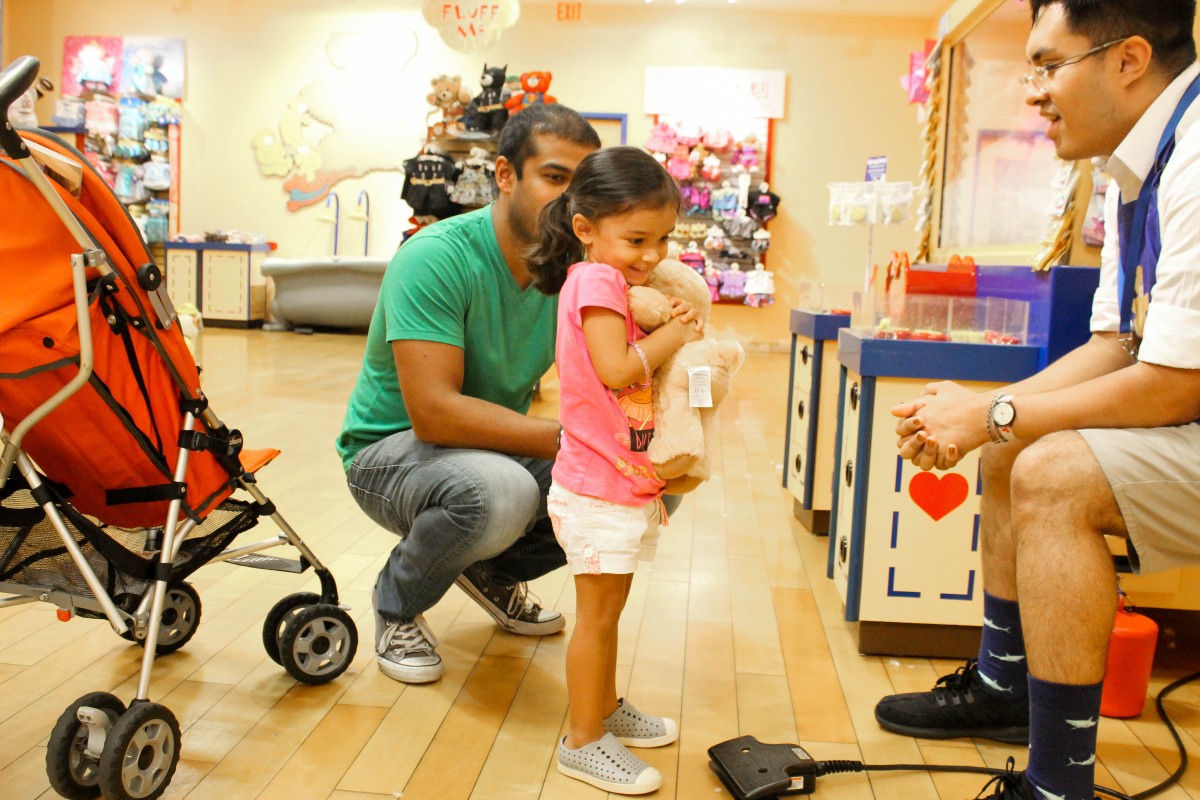 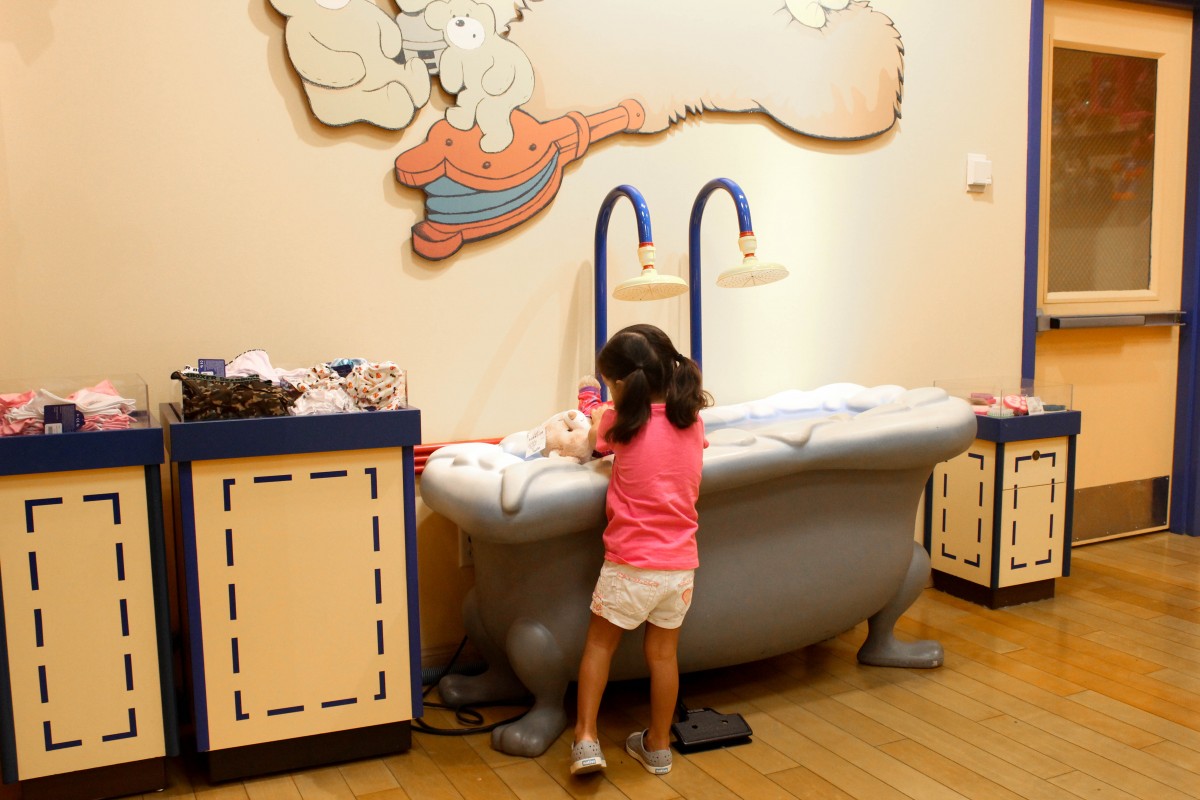 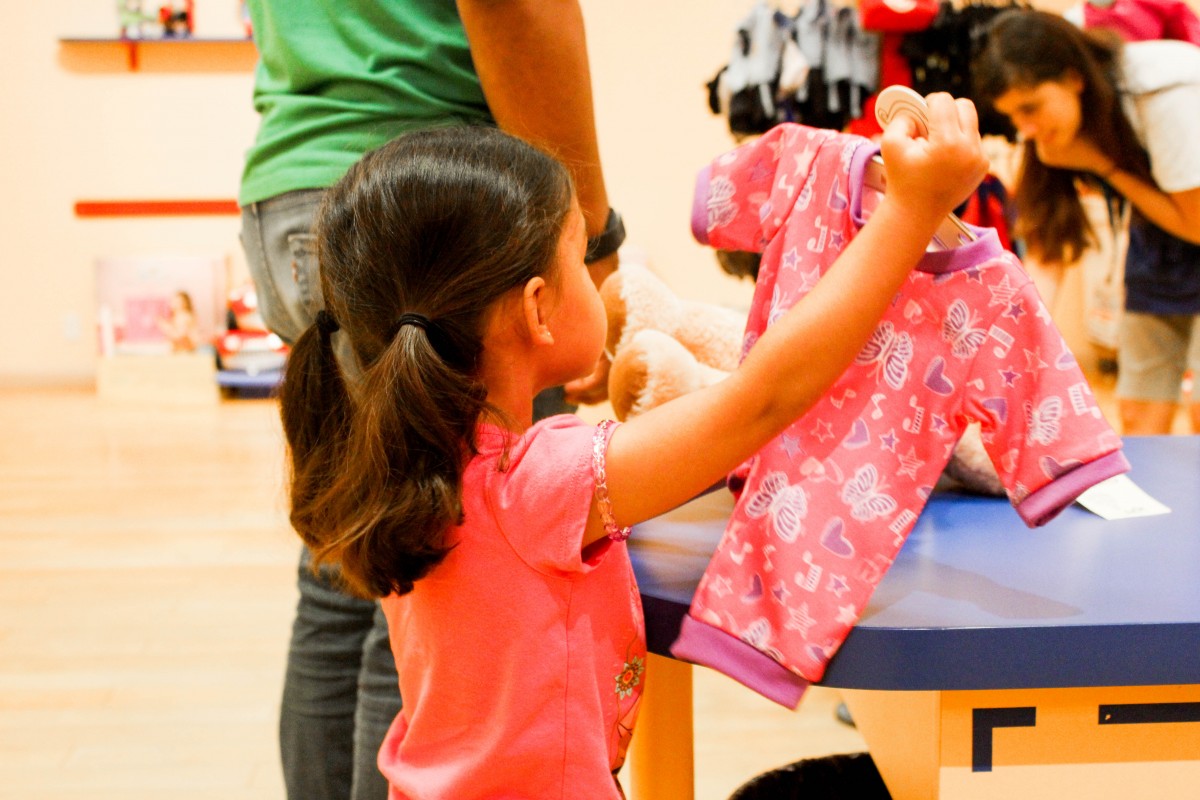 I’m here to tell you she loved getting to do this! She was extremely brave, and because I think she’s at an age where she understood what was happening, and because we had talked about it over and over, she did AMAZING! ZERO tears!! We came home, and she slept with the bear and didn’t even ask once. She has asked once since then, and once we told her it was inside the bear, she was like “Ohhhh yea!!” Little goob.

She sleeps with it at every nap and every night. We named her “Rory Bear” and she absolutely loves her! Best $20 spent. 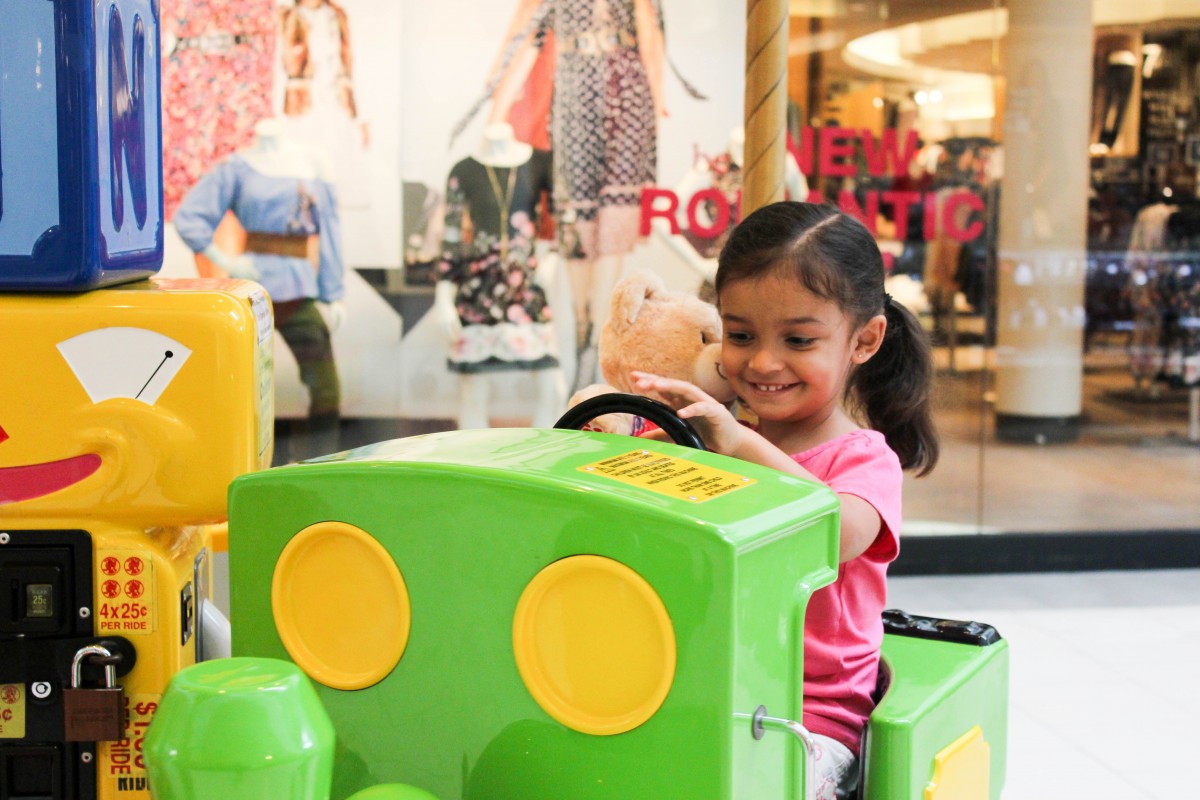 Not sure when I’ll pull the plug with Rish, but I definitely think that this was the perfect way to do it with her, so I may attempt the same method with him when the time comes! He’s got a different personality so there’s a chance he may actually rip the bear apart! HAHA. #boys 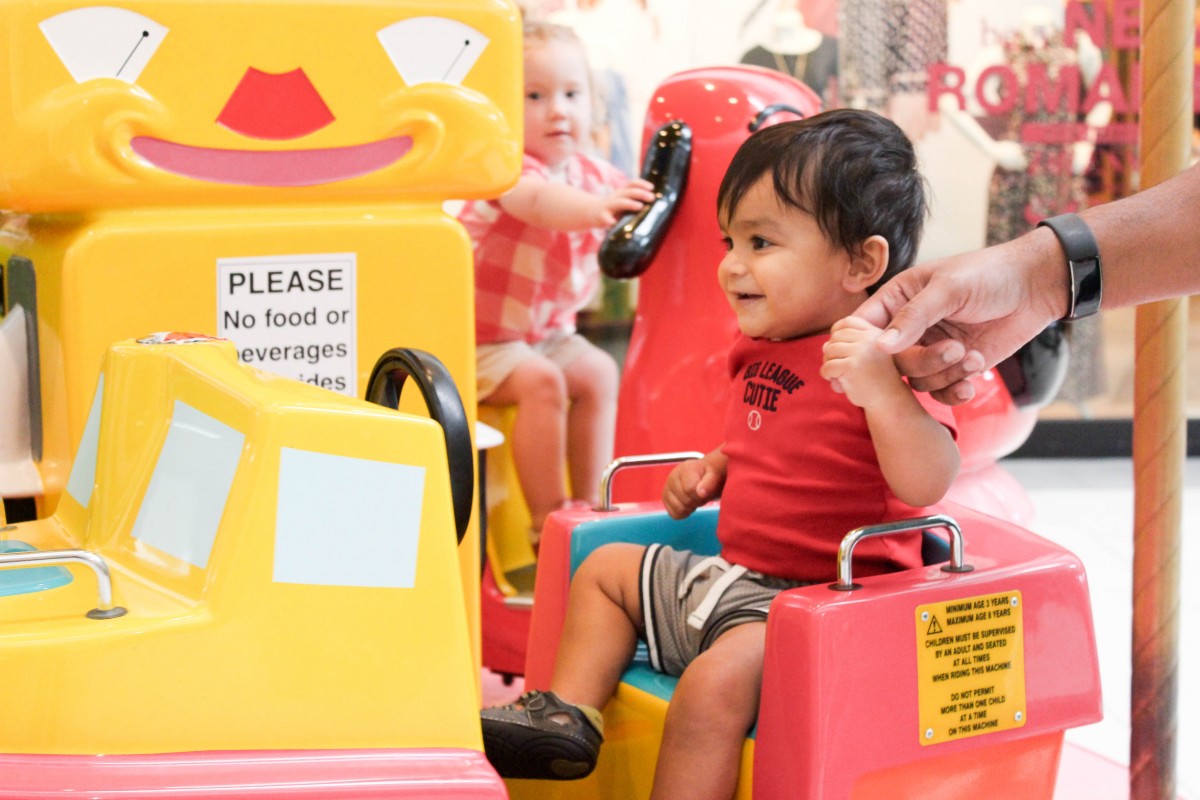 I know there are a ton of other ways to do it like, cut the tips of the actual pacifiers, “give them away” to a baby, or hand them to the trash man when he comes by. I’ve heard lots of interesting ways that parents have attempted to rid this habit!  And I’m sure those have worked well, but we all know our own kids and what will work for them. And I knew that those methods weren’t going to be what worked for Aria! 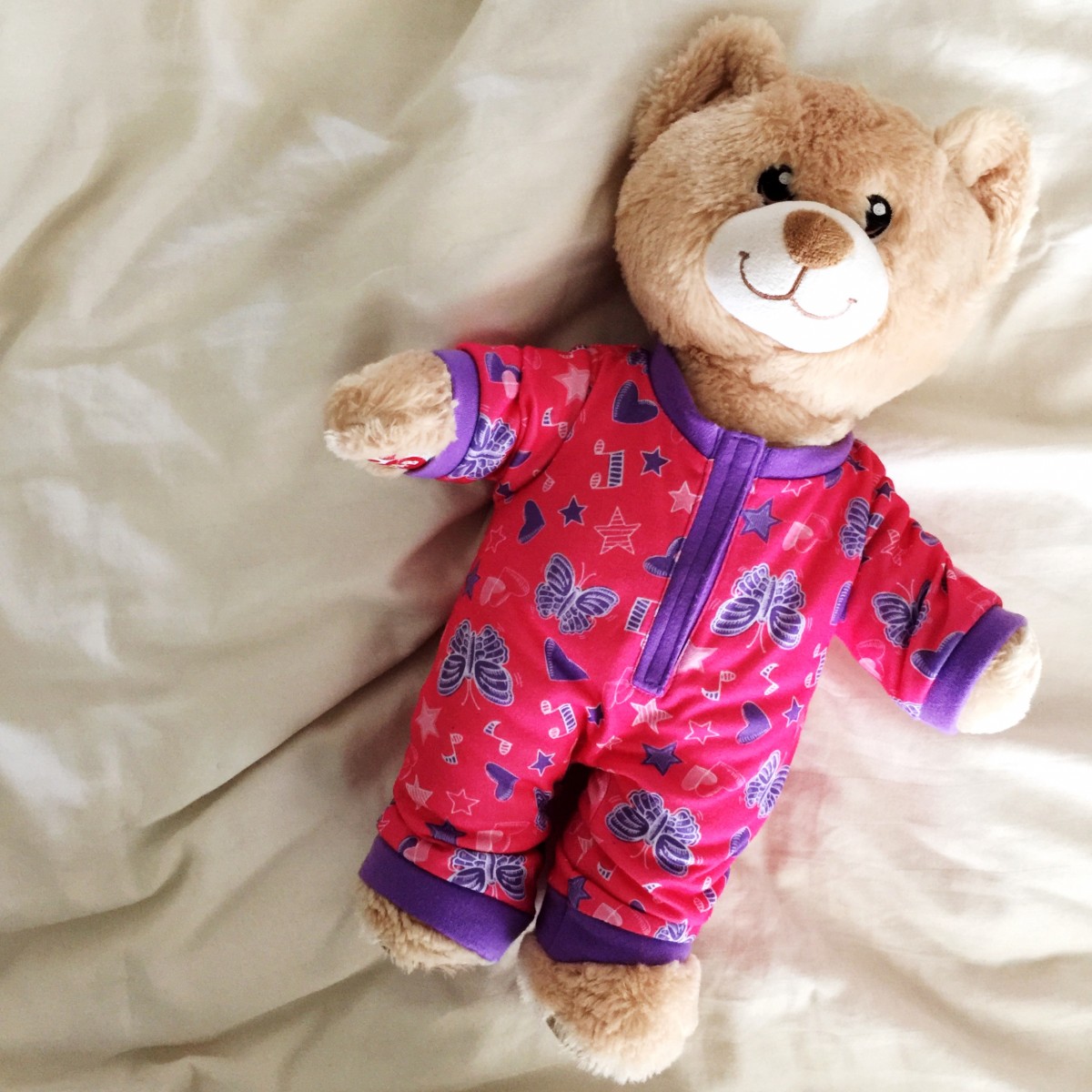 What did you use to get rid of the paci? 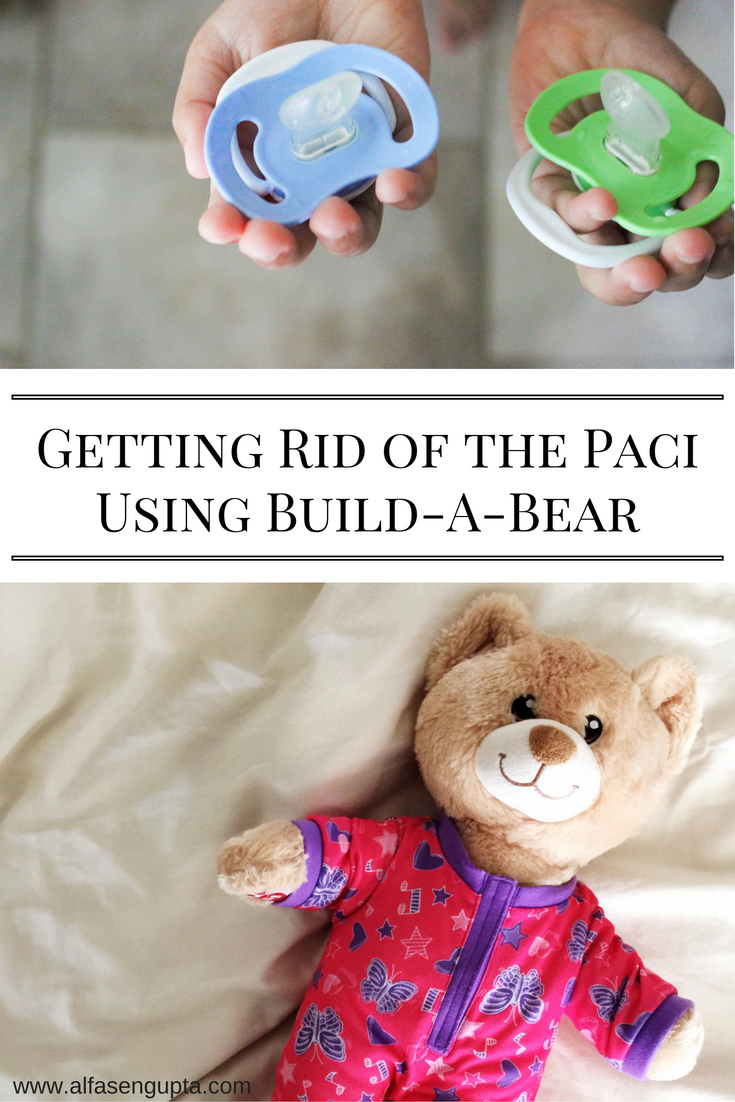