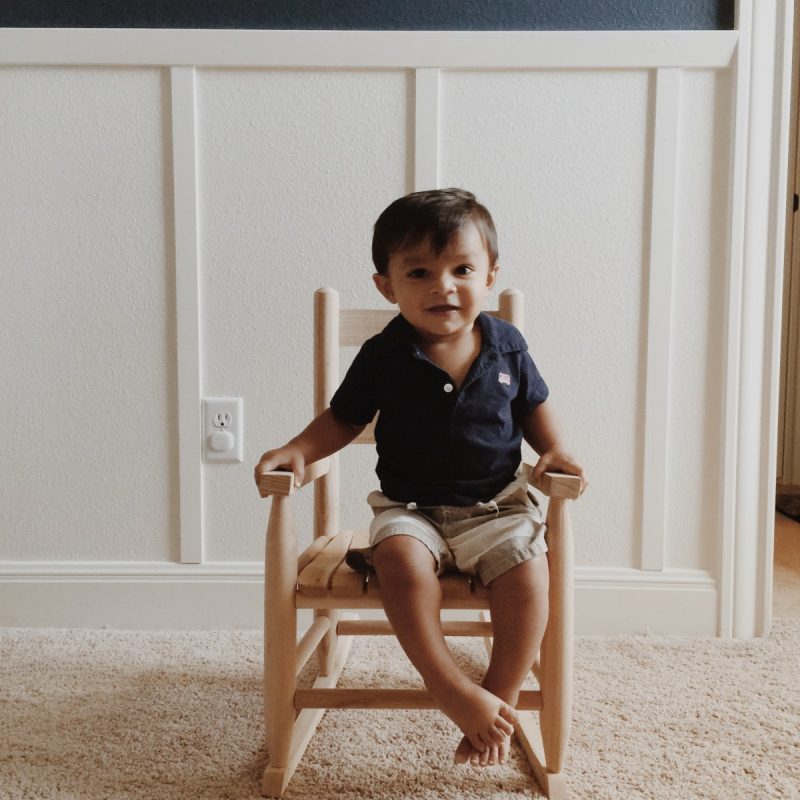 My little Rishi isn’t so little anymore. Didn’t I just write about him turning one? Slowly morphing more into a toddler everyday now. I took this picture a week or two ago, and when I looked at it, it hit me how much older he looks all of a sudden! When they are are squirmy in your arms, you can forget how much they have actually grown and aren’t babies anymore! *tear* 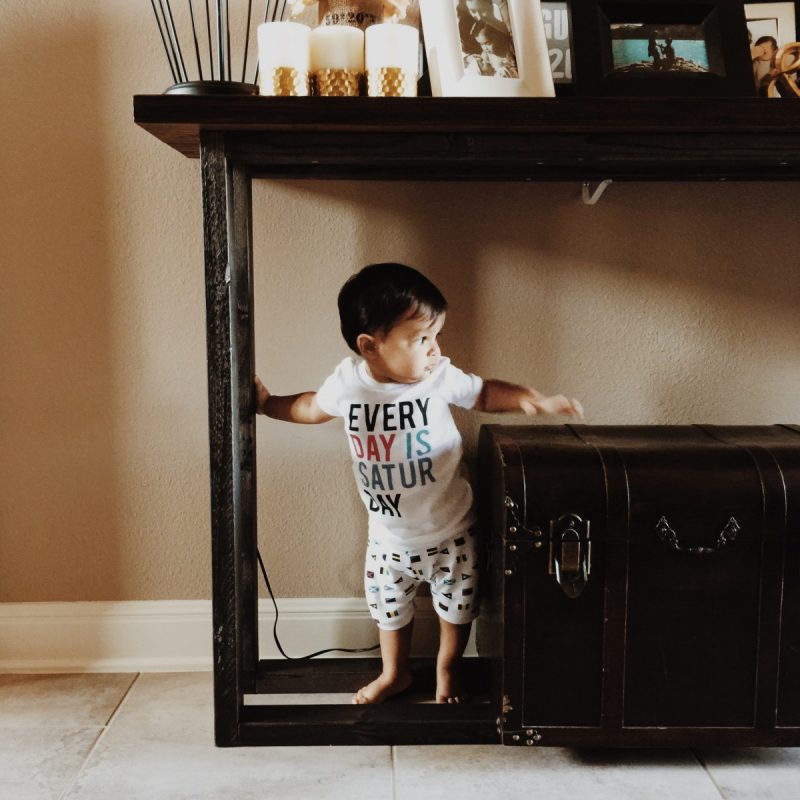 This little one has lots of opinions, and if he doesn’t want something that you’re giving him, forget it. You’re gonna lose. Naughty is his middle name. He loves to find trouble, and the minute he thinks he’s done something wrong, he’ll turn and look at me and just laugh!! Like, what is that about! *pours glass of wine* HA.

He’s stubborn, and has a temper like no other, but this kid loves HARD. He wants to snuggle, hug, and kiss every second he can. He just wants to cuddle like 24/7. He loves blowing kisses and flirting with every girl that comes around. Yea. No joke. JUST GIRLS. Any where we are whether it’s at the grocery store, the park, or restaurant, he will make cute faces at every girl that walks by!!  Our teenage years will be interesting… 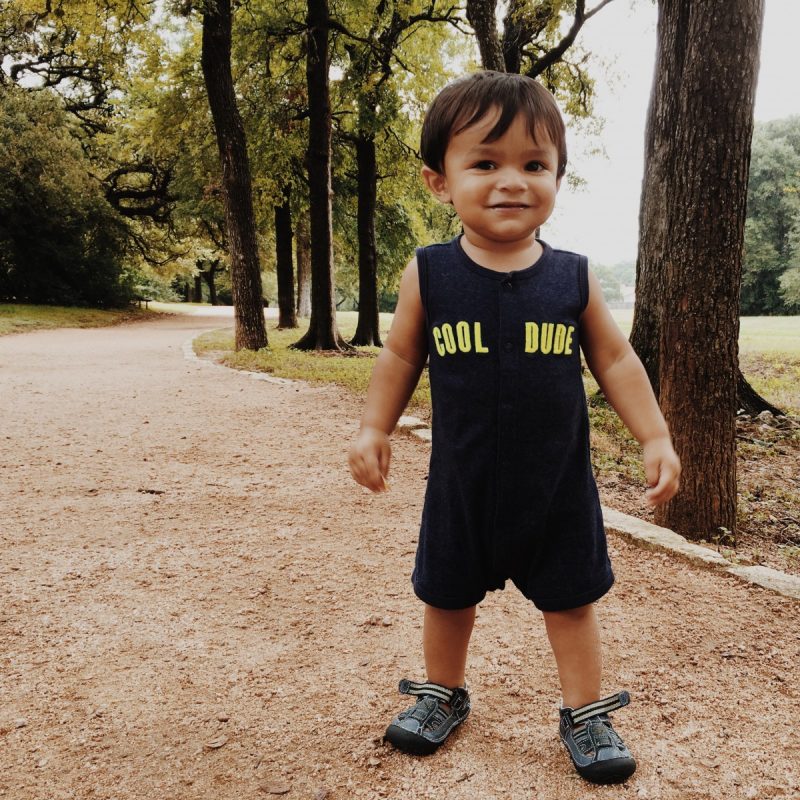 He’s walking and repeating everything now.  He probably says “car” about 452,346 times a day. Shakes his little booty anytime music comes on. Loves bath time. Adores his big sister like no other. Follows her everywhere…don’t get me wrong, they get into fair amount of fights, but he’s always looking for her! Especially now that Aria is going to school, he was looking for her the other day! Adorable.  =)

Fave Foods: Any fruit, Pasta, Cheese, Milk, Bread, Meat. Despises veggies with a vengeance, so it’s always fun to sneak those into his diet!

Fave Toys: Cars/Trucks and Balls. Loves to play outside, and swinging has got to be his absolute favorite, which has been tough because of the heat! But once fall arrives, we are going to be burning lots of energy at parks! 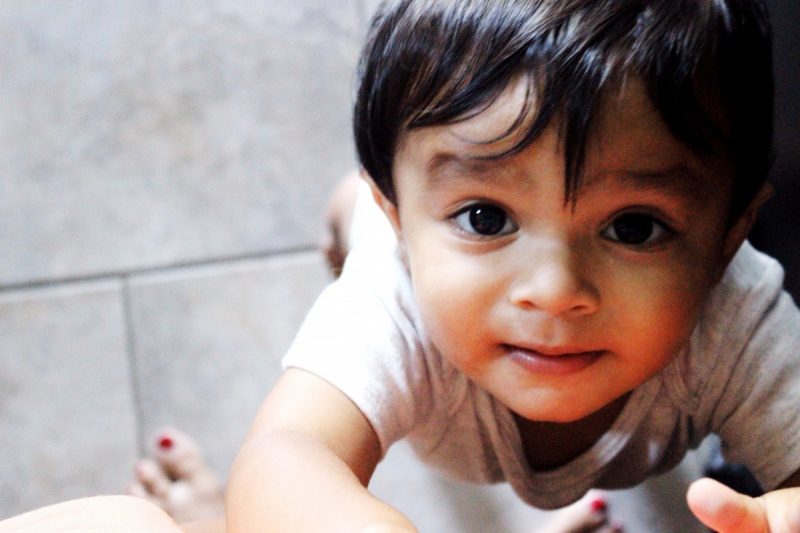 He says a lot of different words now, but a few of my faves have to be the way he yells “baaman” for Batman. The way he says “eeeefs” for leaves. The “muah” sound he makes when giving kisses. The way he calls blueberries and strawberries “boom booms”. The adorable sound he makes when we say firetruck and he says “wee yoo wee yoo”. This list probably has about 90 more things that I love about him…but I’ll save you guys. 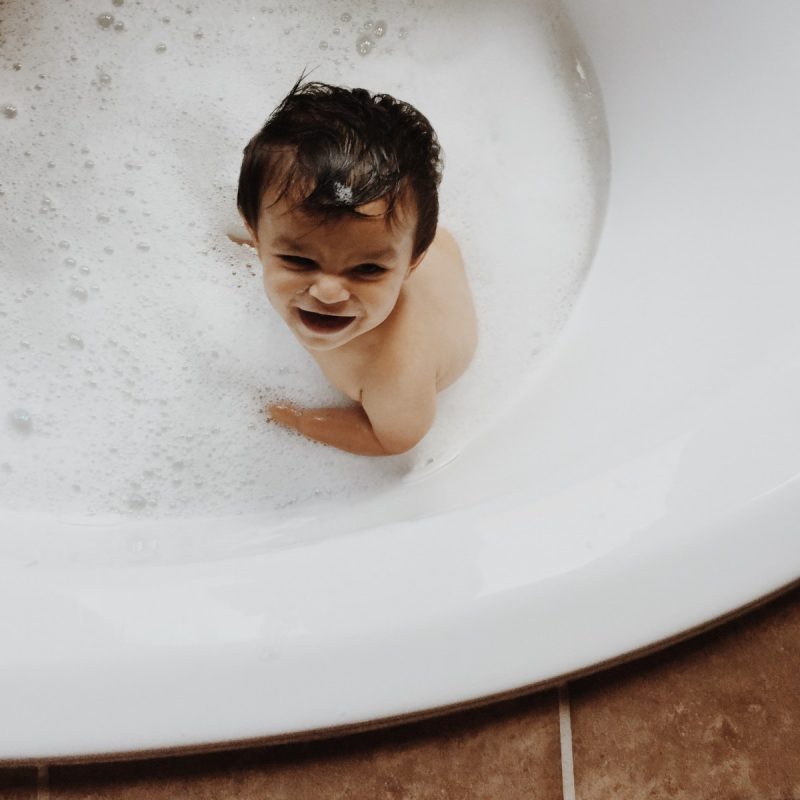 He’s a feisty little thing. His giggles and laughs are the best. He’s ticklish to the core. He brings so much happiness to our little family. We love you Rish! Happy 15 months! In just three months, you’re gonna be a whole year and a half! WHOA.