Well this week has been a doozy. And it could be because this was my first week where I’m at home with two babies with no help Monday – Friday. Every week since Rishi was born, I’ve had someone at the house maybe at least one day out of the week so each week has been not so bad. But this week, all alone from morning til’ evening. The hubs isn’t normally at home til’ 6/6:30 and since Aria goes to bed around 7:30, it turns into a loooooooooong day. Which I guess makes for a long week.

Anyhow, I’ll jump into my thoughts for Thursday!

[ONE] This. Tote.
I’ve always wanted a cute bag that can double as a diaper bag and also a bag that I can carry my laptop in when I’m headed to the coffee shop to get some work done. The best part? It’s reversible…AND, it’s under $50. Yea. It’s pretty awesome. It comes in quite a few colors, and there’s also a wristlet. I’m not sure there is a better deal out there for such a versatile tote. 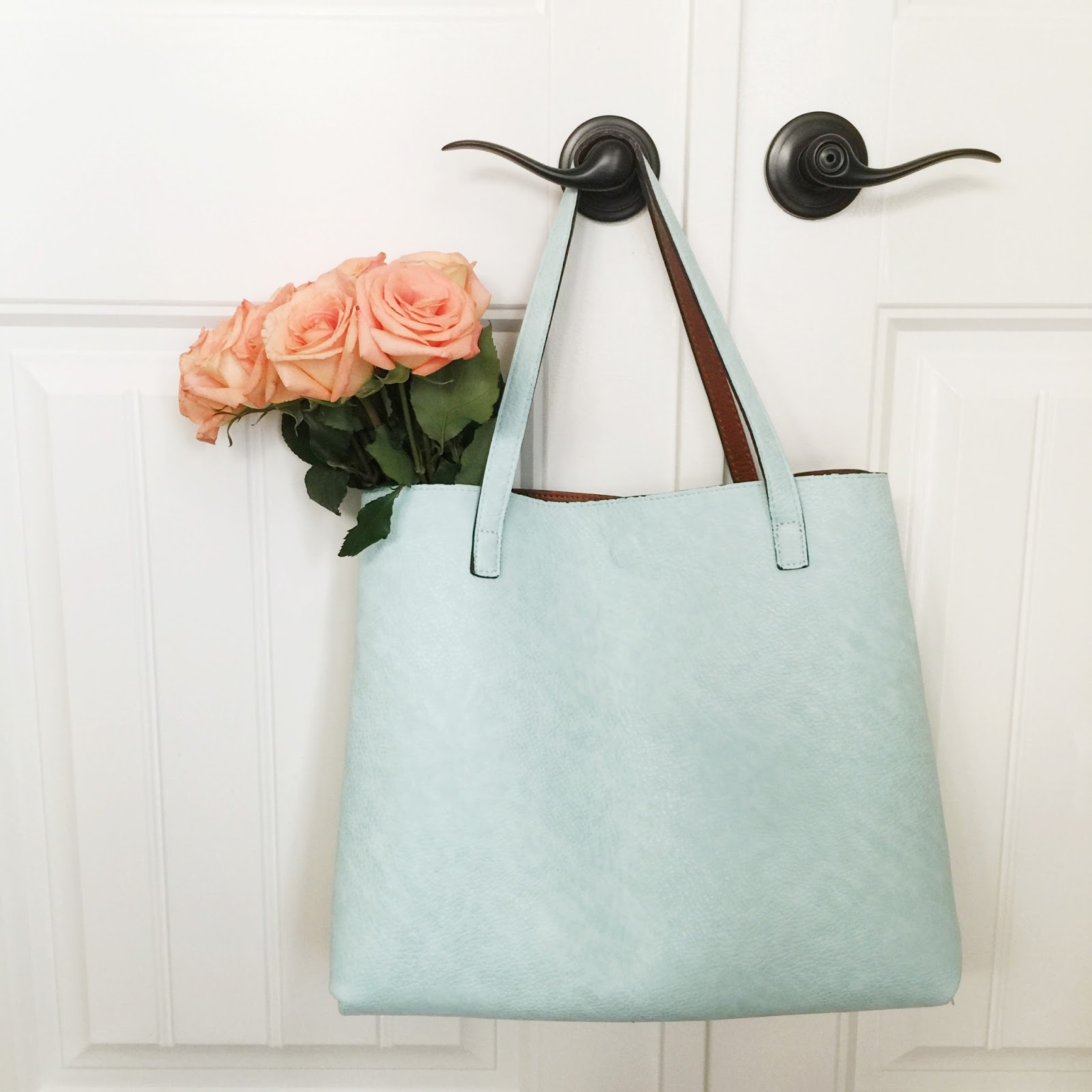 [TWO] I’m beginning to realize that my baby girl is really growing. Having a baby around makes it more evident but there are little things that happen daily that just make me stop in my tracks and think how quickly she’s growing. She’ll be two in less than 4 months. That in itself is a little crazy. She sings her ABCs randomly…Will count to 10…and adds words to her vocabulary that sometimes I didn’t even realize she knew! She is a sponge and I’m loving this stage. The other day we were walking up the stairs to put her down for a nap, and as she starts going up she asks for my hand and I had to tell her I couldn’t give it to her since I was holding Rishi (yea, always breaks my heart)…so she thought about it for a second, and proceeds to ask “Other hand?”. I was shocked. When did she learn the word “other”??????? Not a big deal but still blew my mind.
Then yesterday, I attempted the grocery store with both the kids. As we get in to the car and I strap them into the carseats, Aria says “Sunglasses?”, so I hand them to her. In the house she never keeps them on. But all of a sudden, she had them on, grabbed a doll, and tells me to put “Shake it off” on by Taylor Swift. Like who is this child and when did she get this big? I’m not gonna lie…I may have shed a few tears on my way to the grocery store knowing that as much as I keep calling her my baby, she’s not really a baby anymore. =(

Soooooo glad tomorrow is Friday. Having a party at our house on Saturday and I’m looking forward to putting this week behind me and hoping for an excellent weekend so that I’m ready to take next week by the horns!