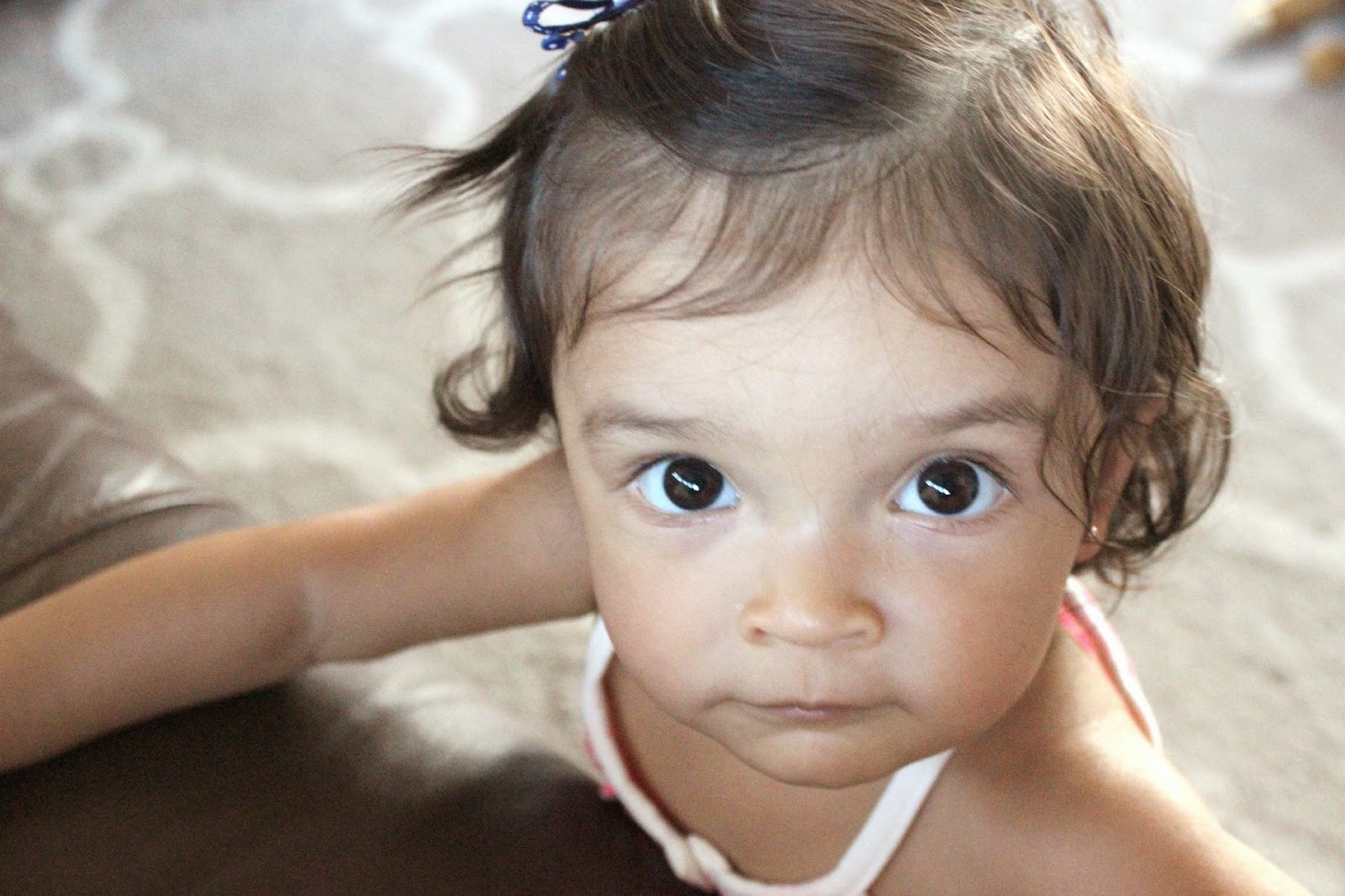 I’ve been wanting to pierce Aria’s ears since she was like 5 months old. It’s pretty common in our culture to pierce baby girls’ ears early on. I had my ears pierced when I was a baby as well! Anyhow, I finally did it yesterday evening. I had wanted to do it over the weekend but since it was my birthday, we just decided to go ahead and pull the trigger on Tuesday instead.

The whole piercing took maybe 20 seconds, and she cried for maybe 15 seconds. She was fine within a minute and happy again! My super brave girl! She looks so freaking cute!! I can’t get over it! She’s gotta have these guys in for six weeks and then we can change them to whatever we want, but she definitely has to have something in for a year so the holes don’t close up!

The advantage of this was that she’s not even aware that they are there. Doesn’t wanna pull on her ears or anything! We even cleaned it and while she didn’t like the coldness of the solution, she was in no pain! SUCCESS!! 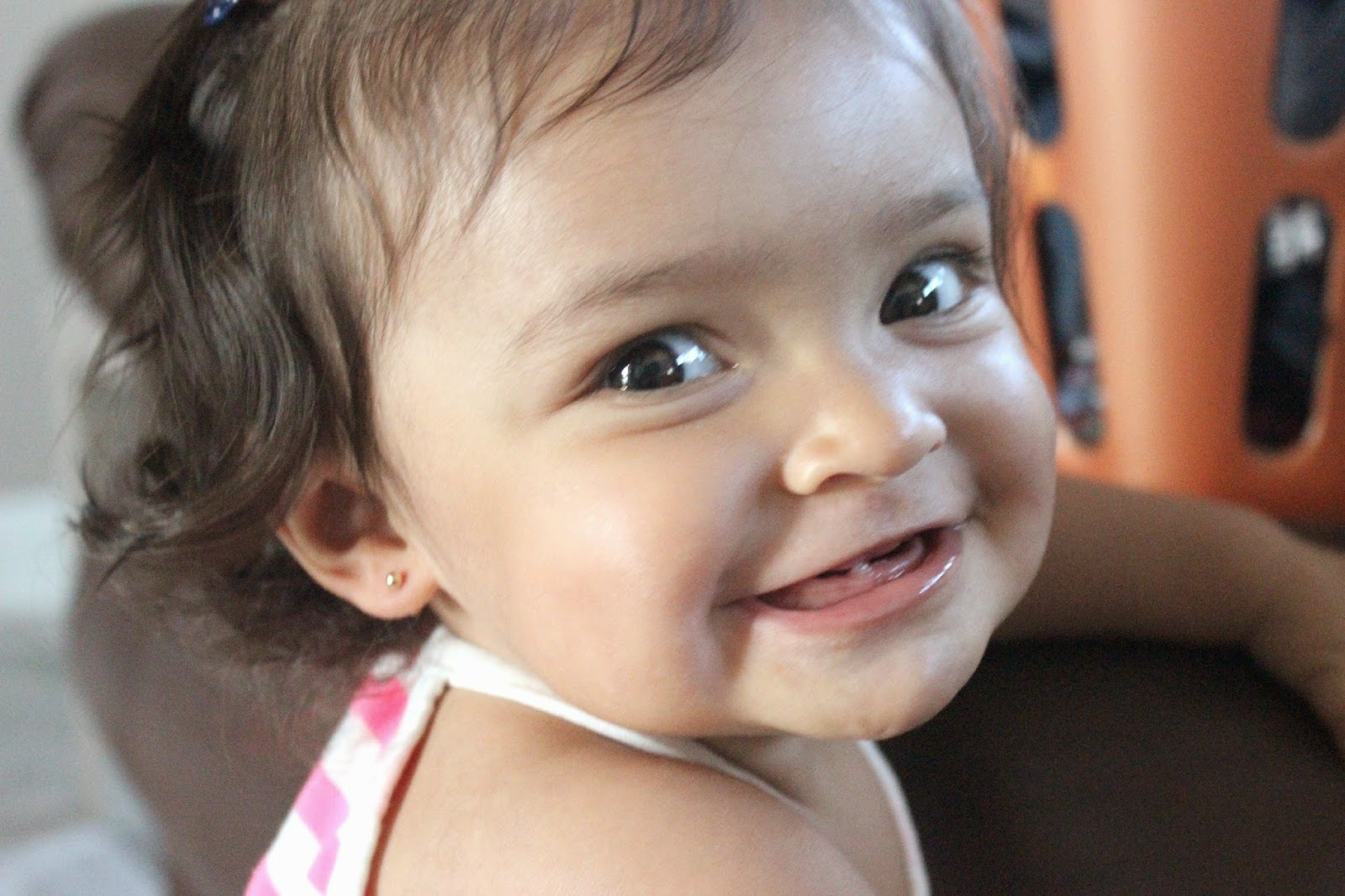 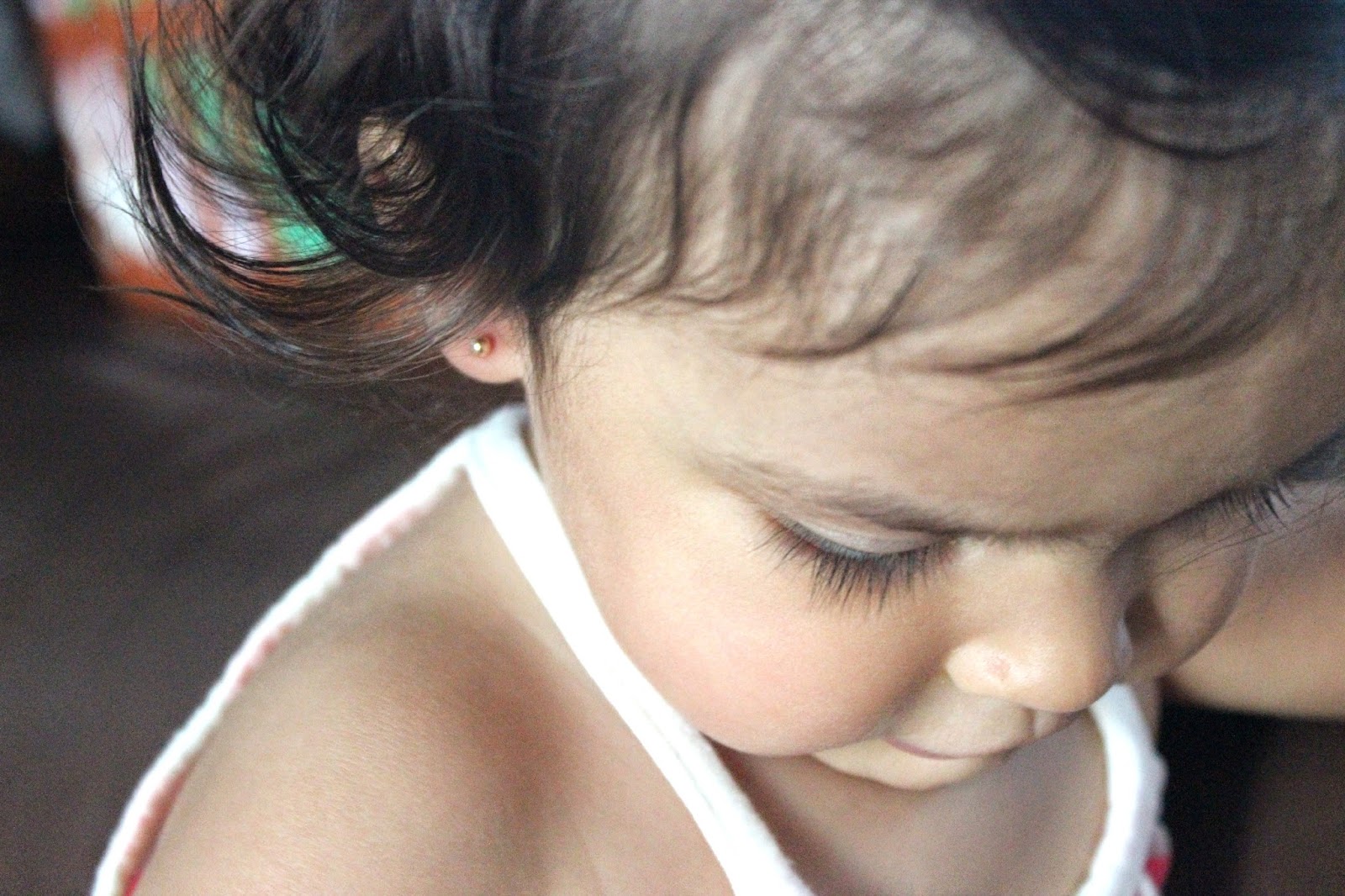 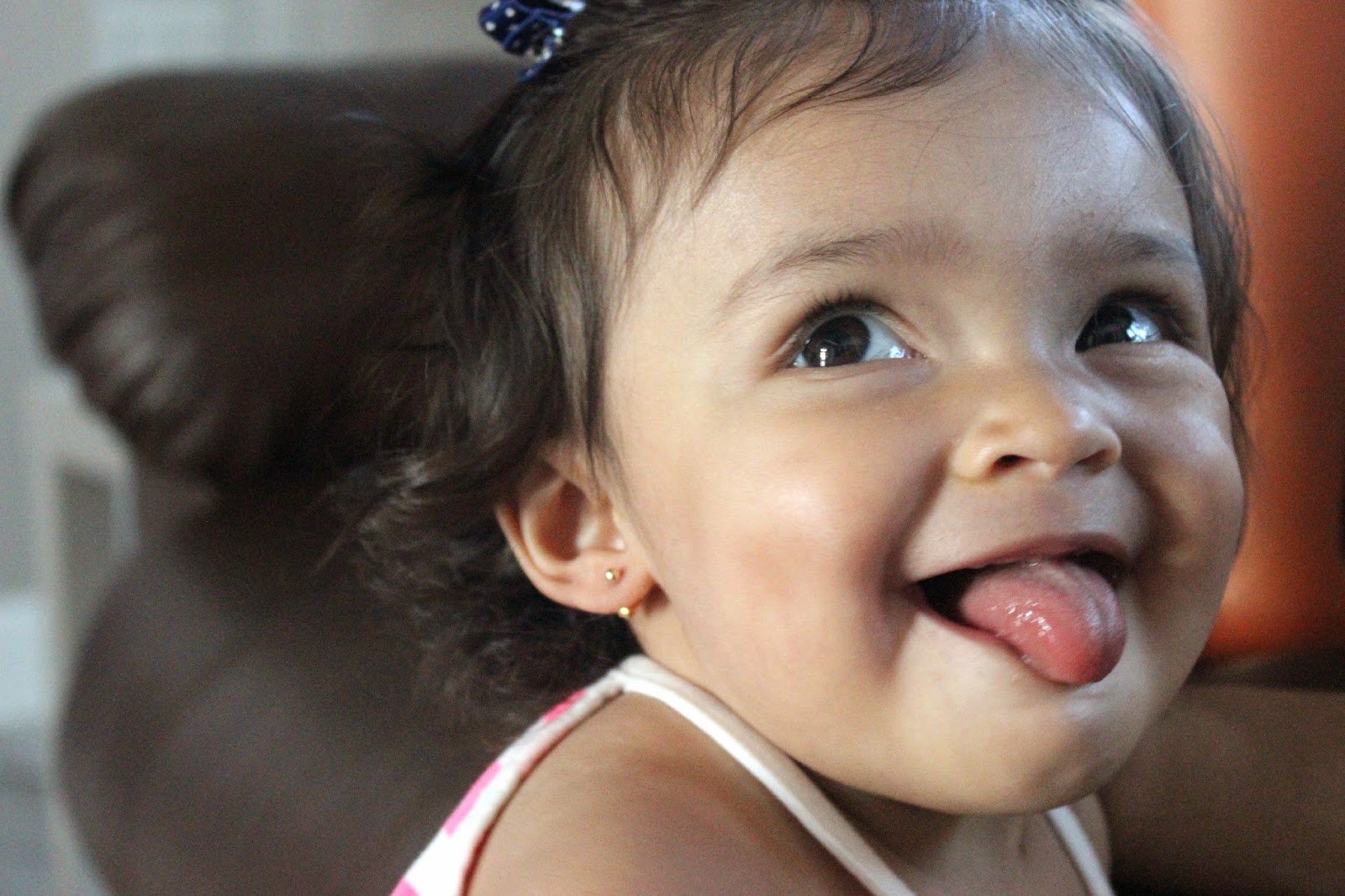 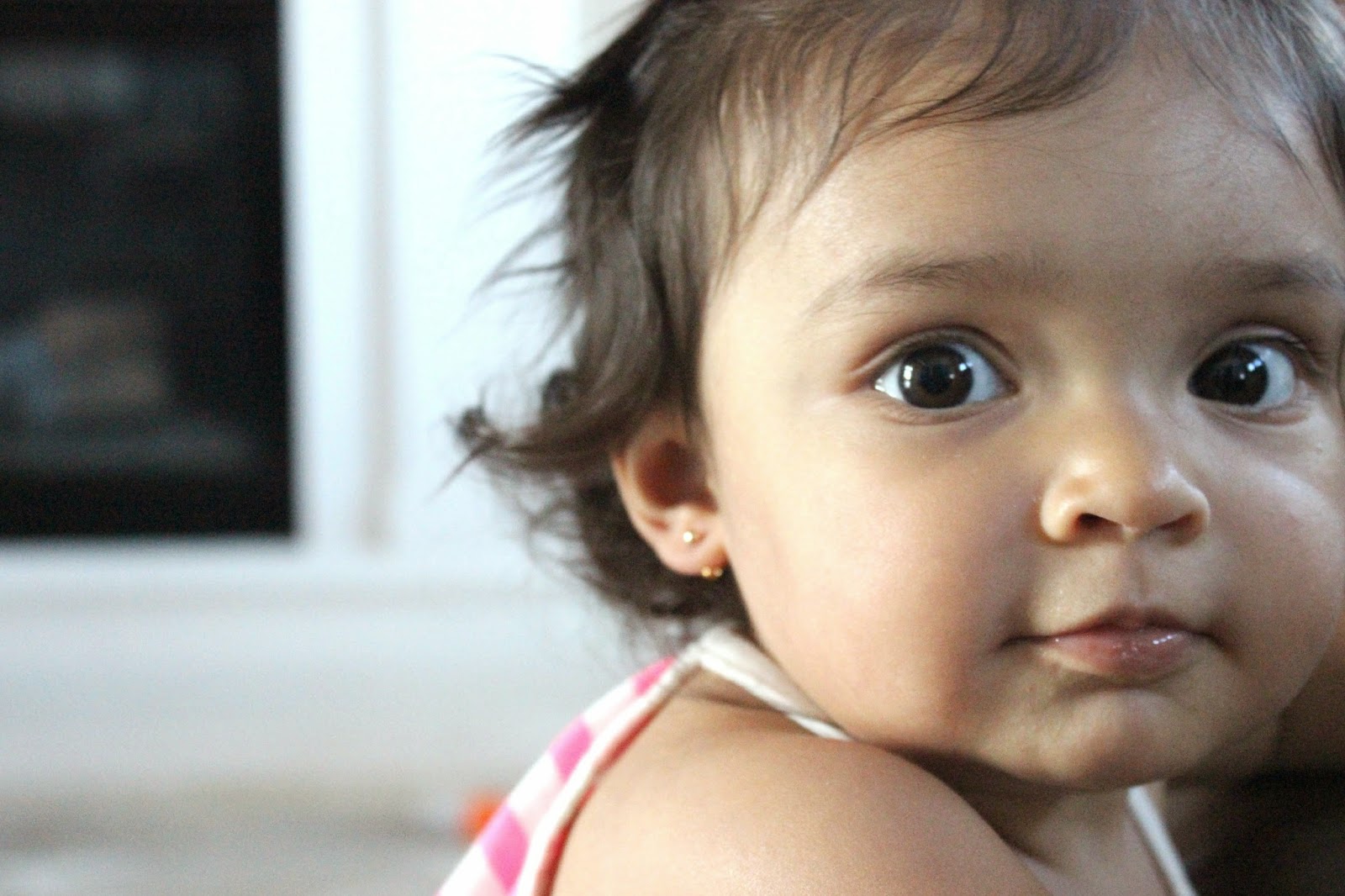