I can’t even begin to tell you the last time I was in a theater to watch a movie. The entire time I was pregnant with Aria, going to the movies didn’t really appeal to me. The thought of constantly having to get up and go to bathroom, or having to squeeze between the seats just didn’t sound fun. So basically, it’s been months since I stepped in a movie theater.

Luckily, Alamo Drafthouse (a movie theater) does this Baby Day for mommas to come out on Tuesdays with kiddos to any movie before 2 PM. UMMMM YES. My friend Amber told me to go do these while Aria is still young and not mobile…so can you guess what my Tuesday mornings are gonna be from now on? HA. Ok probably not every Tuesday but at least it’s a great outlet!

Anyhow, today Aria and I ventured out to go watch “Frozen” in the morning. I pulled into a parking lot full of SUVs and vans, and knew I was in the right place. Clearly, lots of moms/dads take advantage of this Tuesday morning event. Got a seat up front (yes, I know the front sucks but I had tons of room to put the carseat and the stroller!), and was super excited to be sitting inside an actual theater. By the way, this theater lets you order food/drinks while watching a movie, so I decided that I would order a beer. Yes, a beer on a Tuesday morning. Judge all you want, but it’s been over a year since I ordered a beer and since I’ve actually drank one. I checked with the waiter to make sure I could even order beer this early in the day and he just chuckled. His response: “Yes. That’s why we have these events for parents! Nothing is better than a beer on a Tuesday morning!” HA. LOVE IT.  Got myself a Blue Moon and couldn’t be more excited to say the least!

So, the movie started and Aria probably got a little fussy somewhere in the middle of it. I picked her up and as I was holding her against my chest, she turned her little head and just stared at the screen. Every time, I would try to turn her head to put her to sleep (I knew she was tired and was trying to avoid a screaming kiddo), she would just turn her little head and gawk at this giant screen, especially during the songs! She was loving it and was so immersed! It was so cute! Barely 10 weeks old, and already into movies…SIGH. Just like daddy. She eventually got tired towards the end and just fell asleep on my shoulder. Adorable.
By the way, can I just say how much I loved “Frozen”! The storyline was so cute! Plus,I feel like it’s been a while where a movie has had so many songs! Remember the good ol’ Disney movies that we all have the songs memorized? Oh, and I loved Olaf! I’m so glad I have a reason now to go see animated movies since the hubs really isn’t into it. And I have Aria to jam out to this album now without being judged… right?? Can you tell I loved the songs…

All in all, Aria’s first movie was a complete success. Can’t wait til’ she’s older and watches it again and I can tell her how this was her first movie!

Look at how into the movie she is! She was like this whenever a song would come on! (I know the picture is grainy…best I could do in a dark theater!) 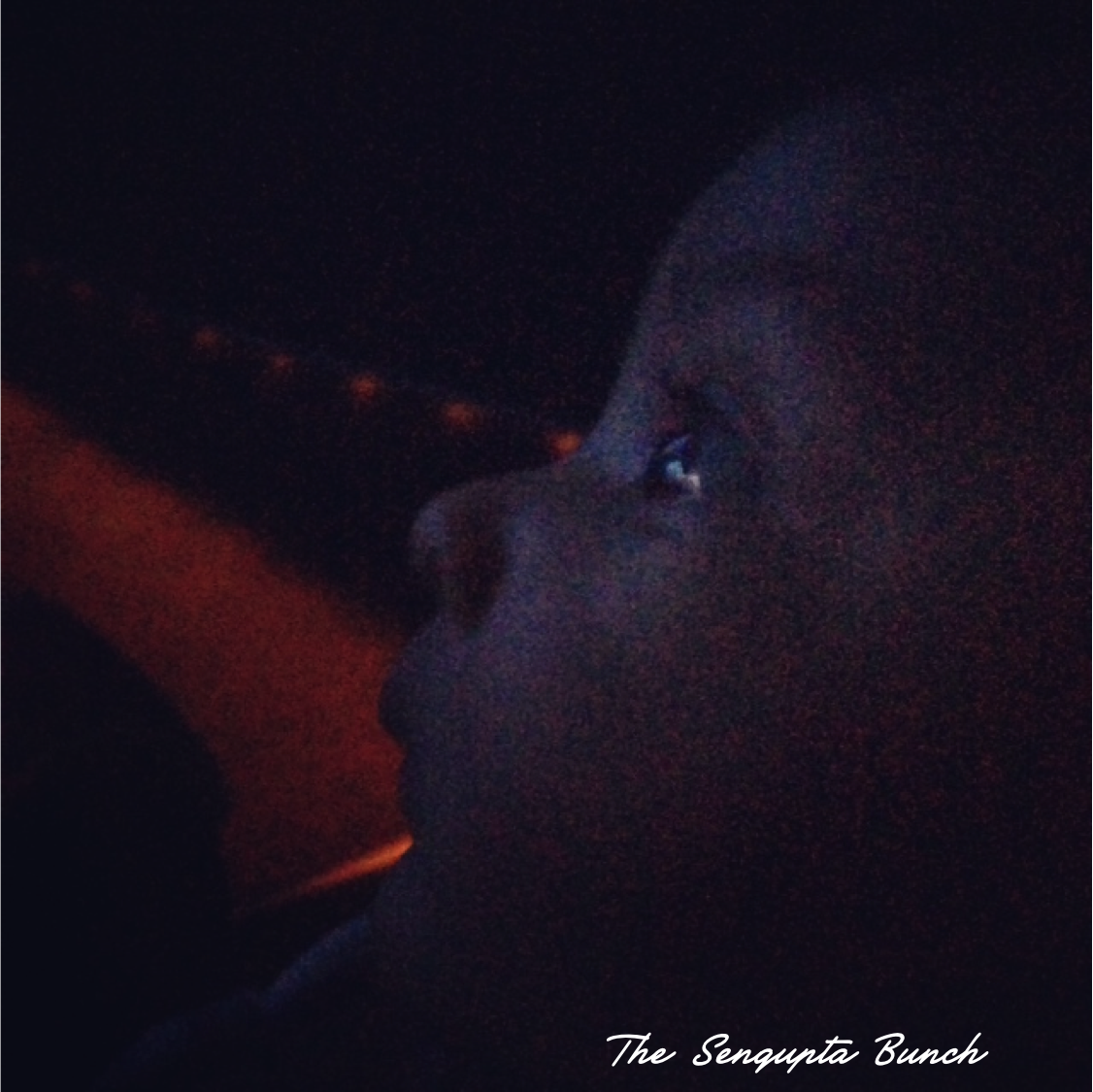